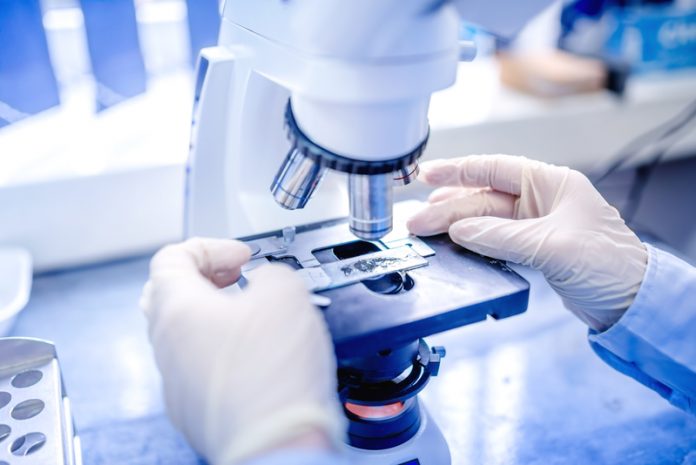 Uterine fibroids represent a prevalent benign gynaecologic problem in the U.S, here Romana A. Nowak of the University of Illinois explains

Uterine leiomyomas (fibroids) represent the most common gynaecological tumours in women. These tumours disrupt the functions of the uterus and can cause excessive uterine bleeding, anaemia, defective implantation, recurrent pregnancy loss, pelvic discomfort and urinary incontinence, as well as possibly mimicking or masking malignant tumours in many U.S. women at some time during their reproductive life. By age 50, nearly 70% of Caucasian women and more than 80% of African-American women bear at least one fibroid and 15 to 30% of these women develop severe symptoms. Uterine fibroids disproportionately affect African-American women, who develop significantly larger fibroids at a higher rate and earlier ages, have more severe symptoms and sustain tumour growth for longer periods compared with Caucasian women.

Approximately 200,000 hysterectomies, 30,000 myomectomies, and thousands of selective uterine artery embolisation’s and high-intensity focused ultrasound procedures are performed annually to remove or destroy uterine fibroids with an estimated total annual cost to the U.S of $5.9-34.4 billion. It would not be an exaggeration to state that uterine fibroids represent the most important and prevalent benign gynaecologic problem in the U.S. There is a critical need to identify alternative therapeutic approaches for leiomyomas that do not involve surgical intervention.

Surgery, either hysterectomy or myomectomy, is currently the primary avenue of treatment for leiomyomas, since effective non-surgical treatment options are extremely limited. Uterine artery embolisation is effective only in specific subgroups of patients with small fibroids and is not recommended for patients who intend to become pregnant. Gonadotropin-releasing hormone (GnRH) analogues, which suppress steroid hormones have significant side effects that restrict their use. There is also a high rate of recurrence of leiomyomas once GnRH analogue treatment is discontinued. Success is now being achieved with the use of the selective progesterone modulator ulipristal acetate. Several recent clinical studies have shown that ulipristal treatment was able to control myoma-associated uterine bleeding in over 90% of cases and significantly reduce myoma volume in more than 80% of women. This treatment is considered safe, even at the level of endometrial changes and is viewed as a promising alternative drug therapy.

Currently available treatments for fibroids are limited due in large part to the fact that the mechanisms regulating the development and growth of these tumours are still not well understood. Many investigators in the field hypothesise that leiomyomas develop in the uterine myometrium as a response to inflammation or injury caused by local hypoxia during menstruation or the presence of bacterial or other pathogens. We and others also hypothesise that dietary intervention, with compounds known to inhibit inflammation-associated pathways, will decrease growth of fibroids leading to decreased size and amelioration of symptoms and this is now a very active area of research.

Several studies from the laboratory of Dr. Al-Hendy and colleagues have supported the use of vitamin D as a dietary intervention for leiomyomas. His group reported that the vitamin D receptor activator, paracalcitol, inhibited leiomyoma tumour formation in a rat model and that vitamin D also inhibited proliferation and collagen production in cultured human leiomyoma cells. Dr. Al-Hendy has also shown that green tea extract, given orally to women with fibroids, caused a reduction in fibroid volume and symptoms. Green tea is a natural product, commonly used as a nutritional supplement for multiple purposes. Epigallocatechin gallate, the major catechin in green tea, exhibits several useful biological effects, including anti-inflammatory, antiproliferative, and antioxidant effects. Studies carried out in animal models have tested the potential benefits of adding lycopene to the diet to slow the growth of fibroid tumours.

Lycopene is a major carotenoid present in tomatoes and has been shown to be a powerful antioxidant. The results show that treatment with lycopene reduced the size and incidence of leiomyomas in quail by approximately 45-52%. Recently our lab has characterised oviductal leiomyomas that occur spontaneously in hens as they age, as a relatively inexpensive, naturally occurring animal model for fibroids. We now have preliminary data showing that hens fed a flaxseed diet showed a decrease in the size of the fibroids compared to hens fed the normal corn-based diet. Thus, dietary intervention for treatment of symptomatic fibroids has great potential but there is a critical need for larger scale dietary trials in naturally occurring animal models as well as in women.

Fibroid tumours represent many genotypes and somatic mutations and are also strongly influenced by epigenetic factors including inflammation, ethnicity, parity, metabolism and diet, and hormonal environment. Several physiological pathways have been implicated in the development of leiomyomas. However, genetic mutation is strongly thought to be the root cause of leiomyomas. Approximately 40% of leiomyomas have nonrandom chromosomal abnormalities. These cytogenetic abnormalities likely reflect general genomic instability, however mutations in leiomyomas that may underlie such genomic instabilities are only beginning to be understood. Mutations in a small number of genes including fumarate hydratase (FH), the high mobility group AT-hook 2 (HMGA2) gene, tuberin (TSC2) and mediator complex subunit 12 (MED12) have been implicated in the initiation of these tumours. Several studies have now been published demonstrating that MED12 mutations are present in 56-73% of uterine fibroids. Polymorphisms in genes such as CYP17 and cathechol-O-methyltransferase, have also been associated with a higher risk of developing leiomyomas. Recent studies have indicated a role for miRNAs in that many miRNAs including miR-21, miR-363, miR-490, and miR-137 have been shown to be differentially expressed in leiomyomas. As new therapies are developed, the heterogeneity of this disease becomes therapeutically relevant, and a broader knowledge of its genetic basis is vital for tailoring specific therapies to patients. Identification of previously unknown genes whose altered expression and function may contribute to the initiation and growth of fibroid tumours will lead to better therapeutic treatments.

In contrast to other areas of tumour biology, the number of published studies reporting whole-genome or whole-exome deep sequencing of leiomyomas is relatively few. These studies have confirmed the high prevalence of MED12 mutations in leiomyomas and have also confirmed aberrations in HMGA2 and TSC2. However, the populations studied appear to have limited diversity, and the data sets from most of these papers are not freely available to the scientific community, leaving a significant gap in our understanding of the genetic and molecular underpinnings of this disease. Thus there is a critical need to provide better insight into leiomyoma biology through the identification of previously unknown genes whose altered expression and function may contribute to the initiation and growth of leiomyoma tumours. This includes investigating the potential role of viruses in leiomyoma pathology, by using RNAseq methods to detect actively transcribed viral genes.

The Eunice Kennedy Shriver National Institute of Child Health and Human Development (NICHD) has established the Gynaecologic Health and Disease Branch whose focus is on gynaecological diseases and women’s reproductive health. One of the priority areas for NICHD is uterine fibroids and there have recently been funding announcements for proposals focusing on gene sequencing studies and on new therapeutic approaches to treat fibroids. The next 3-5 years will likely lead to major advances in the treatment of uterine fibroids as a result of these studies.