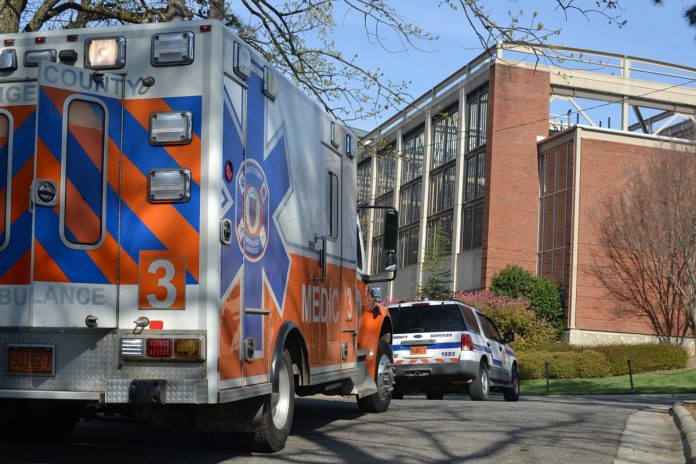 Dr Virginia M Stewart asks what will happen if the Affordable Care Act is repealed, sounding a warning for the health and lives of millions of Americans

United States (US) citizens have the right to emergency care and medical treatment for life threatening injuries. With rising healthcare costs over prior decades, a single trip to the Emergency Department may cost thousands of dollars. Health insurance significantly reduces those costs; however, prior to the implementation of the Patient Protection and Affordable Care Act (PPACA) in 2014, an estimated 41 million Americans lacked health insurance.

The PPACA, also known as “Obamacare”, was enacted in 2010 to expand insurance coverage to uninsured Americans, and to lower the costs of healthcare. PPACA also addressed healthcare delivery system improvement, and increased the use of technology to improve health outcomes among patients. Major provisions of PPACA went into effect in January 2014.

Prior to PPACA taking effect in 2014, private insurance was sold to individuals, and the insurer could determine the extent of insurance or even decline individuals seeking coverage, due to pre-existing health conditions. In other words, an individual with a chronic illness could be denied coverage for that illness, or any other illness.

Figure 1: Examples of medical conditions that are declinable for medical insurance coverage

According to the 2015 Centre for Disease Control’s National Health Interview Survey (NHIS), approximately 52 million (27%) adults between the ages of 18-64 years reported at least one of the medical conditions listed in Figure 1. A limitation of the survey was that state identifiers were not included; many states did not have population sizes sufficient for this survey sampling. Therefore, the impact for each state could not be immediately extrapolated. Since it is the individual states that offer insurance plans through Medicaid, and exchanges developed for PPACA, the impact of repealing PPACA would vary from state to state.

A regression model constructed by The Henry J Kaiser Family Foundation (a non-profit, non-partisan group), for the CDC’s 2015 Behavioural Risk Factor Surveillance System (BRFSS), estimates the prevalence of declinable conditions at the state level. This model relies on respondent age, self-reported health status, and self-reporting of declinable conditions. Applying this prediction model yielded a nationwide prevalence of 28% of the total population with a declinable condition, which is significant when compared to the NHIS nationwide estimate of 27%. States such as California face an estimated 5,865,000 non-elderly adults with declinable pre-existing medical conditions. Arizona, Florida, Hawaii, Illinois, Iowa, Michigan, Missouri, New Jersey, New York, North Carolina, Ohio, Pennsylvania, Tennessee, Texas, Virginia, and Washington, all have over 1 million non-elderly adults with declinable pre-existing conditions. 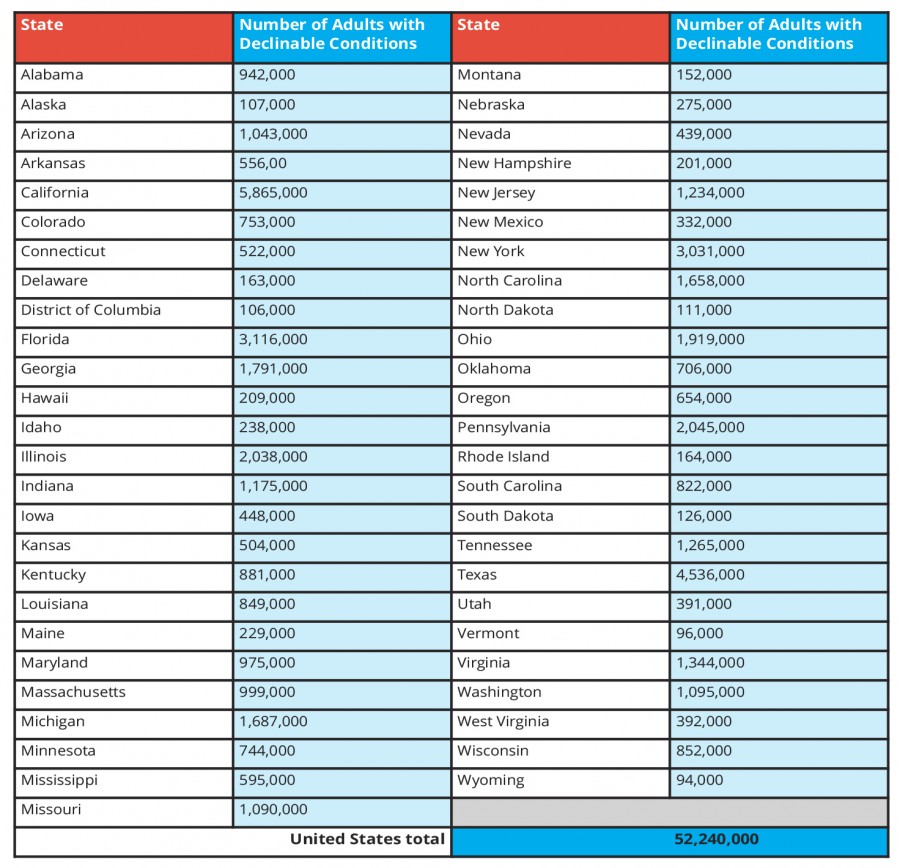 What will happen if the Affordable Care Act is repealed?

Without the increased coverage and measures to decrease healthcare costs provided through PPACA, there is anticipated to be an increased strain on Emergency Care Services. Rather than providing mostly life-saving measures, emergency departments have become part of a safety net for those without access to healthcare. By evaluating the impact of loss of insurance due to loss of jobs in 2000s, the impact of loss of insurance from repealing PPACA may predict the impact of delivery of healthcare within emergency departments (ED). A 2009 qualitative interview study among ED administrators throughout the US summarised ten major observations resulting from loss of insurance coverage. Academic, community, urban, suburban, and rural hospitals were included in four major US regions, and included the below findings:

1. ED capacity was strained with almost all emergency departments reporting a rise in volume.

2. Many departments observed a new “recession” population, who previously had health insurance through their employer, but became uninsured from job loss.

3. Most uninsured people did not have other options to obtain primary care services other than the ED. Clinics that served uninsured individuals or that had a sliding fee schedule for care were not accepting new patients.

4. ED volumes of insured patients increased because they could not obtain a timely appointment with their primary care provider.

5. High volume and high occupancy in the ED and hospital led to overcrowding in the ED, which increased overall wait times to care. In the study, one facility had wait times within the ED of 18-24 hours.

6. Lack of insurance and access to primary care, led to sicker patients and repeated ED visits.

7. Patients refused recommended care due to their concerns about the costs.

9. Uninsured patients did not have follow-up care from their ED visit. This impacted the care patients received, meaning more tests were performed at each visit.

10. EDs did not have financial and personnel resources to meet the rising patient volumes.

Repeal of PPACA may potentially mean the loss of medical insurance for approximately one-third of non-elderly American adults. The economic recession and increased unemployment in the 2000s may serve as a warning as to how PPACA’s repeal could adversely affect healthcare and the lives of millions of Americans.