Home Open Access News Transport News 10% of parents have hit another car as a result of school... 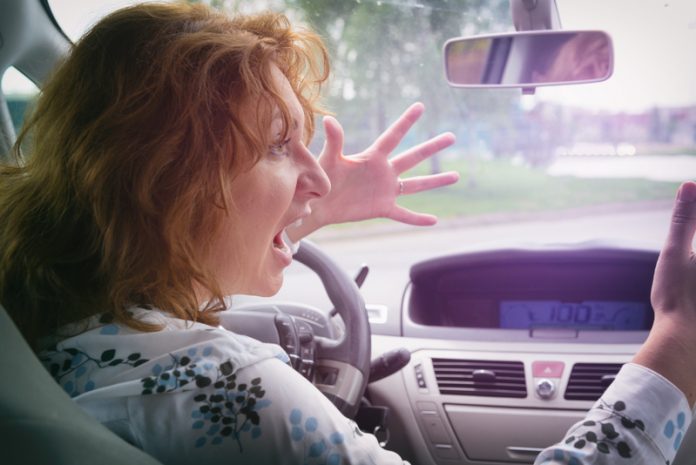 MORE TH>N Car Insurance teams up with child psychologist, Sam Wass to recommend tips and techniques on how to survive school run stress

From parking fines, to mounting the kerb, forgetting homework or being scolded by teachers for missing the school bell, it’s no surprise that parents across the UK feel a sense of dread when they think about the school run. New research1 by MORE TH>N Car Insurance has revealed just how stressful parents find the daily journey, with 31% confessing it’s the most stressful part of their entire day and over a quarter (26%) saying they find the school run as stressful – if not a more stressful experience –  as buying a house.

It’s not just once or twice a week that parents are finding the school run a challenge, one in 10 parents claim they arrive at the school gates stressed every single day of the week.

So what is it about the school run that’s so stressful? The main causes for chaos in the mornings are being rushed out of the house due to running late (42%), arguments breaking out between siblings (42%) and sitting bored in traffic (41%).

Unfortunately, the school run stress doesn’t just begin and end with family fall outs; four in every five parents (80%) say that the school run is so stressful they find it hard to keep their eyes on the road whilst driving. Indeed 10% of parents surveyed admitted letting their mood get the better of them had caused them to have an accident either by driving into the back of a car, hitting a vehicle front on, or event scraping a car whilst trying to reach the school gates.

Parents are in such a state about the journey to and from the school gates, that they rated extreme sports, doing DIY, parents’ evening, and managing the household bills as less stressful than the school drop off.

It’s no wonder then that more than half (52%) of parents say having to do the school run affects their family life. The research also reveals that British parents are averaging at least one argument a day with their children whilst driving them to or from school. 77% of the UK’s kids are being told off on a daily basis on their journey to school either because they have forgotten their homework (53%) or have caused the family to run late (76%).

This daily stress is proving too much for some parents, with over half (53%) wishing that someone else could take on the duty of the school run for them. And forget having someone else navigate, one in three (34%) parents think the answer to relieving school run stress is to have someone in the car whose sole responsibility it is to entertain the kids.

To help parents on their mission to de-stress the school run, MORE TH>N has teamed up with child psychologist, Sam Wass to recommend tips and techniques to engage kids on the school run and help parents feel less stressed behind the wheel. From meditation to story-telling, Wass’s methods aim to make the school run more enjoyable.

MORE TH>N put the Jones family from Portsmouth to the test, asking them to try out each of Sam Wass’s techniques from Monday to Friday in a school week. Jodie Jones, 35, tried story-telling, singing, meditation, exercising before school and talking about stress with her children aged seven and five.

Jodie comments, “Getting the kids ready and out the door on time is the most stressful part of the school run for my family. By the time we get in to the car, emotions are usually running high. Trying out MORE TH>N’s techniques, we found that story-telling has been the most helpful technique for de-stressing our school run, we trialled taking it in turns to add a sentence to a story and it has really engaged the kids, they’ve wanted to do it every day and now we look forward to getting in the car so we can start telling stories together.”

Gareth Davies, Head of Motor at MORE TH>N says: “In modern day life, duties such as the school run can have a huge impact on families and the stress levels felt amongst both parents and kids. We know that stress contagion is common, where kids pick up on their parents’ stress and feel stressed too. We want to turn this around and instead have parents enjoy the school run with their kids by encouraging them to sing, tell stories and also talk about the stresses of their daily routine as a family, all in a bid to defuse the stress of the school run.”