The £10,000 award, named after the noted Caroline Herschel, will be given to a UK or Germany-based female scientist who pushes the boundaries of astrophysics further

The annual prize will be given in honour of Caroline Herschel, who discovered significant comets and was the first woman to hold a Government job in the UK. The prize will be for a scientist who has “excelled in the field of astrophysics”.

This may cause slight confusion, as The Caroline Herschel Prize Lectureship already exists in the UK – it was established by the Herschel Society in liaison with the Royal Astronomical Society, with a similar aim of supporting early career women astrophysicists. This award was established with funds from Professor Fran Bagenal of the University of Colorado, as opposed to the UK Government.

The official website for The Caroline Herschel Lectureship explains that: “Caroline, William’s younger sister, started out as his assistant, but in time became recognised as an important astronomer in her own right, was the first to be paid as such and was awarded the RAS Gold Medal in 1828.”

The announcement today (2 June) is also intended to honour German Chancellor, Angela Merkel – who is a published scientist by training, with a PhD in quantum chemistry. Chancellor Merkel is making her final visit today, as she will be stepping down from her role later in 2021.

Prime Minister Boris Johnson commented: “The UK and Germany have a steadfast friendship and a shared outlook on many issues. Our scientists, innovators and industrialists work together every day to make the world a better place.”

Today’s visit was also thought to be a crucial point in the discussion about UK nationals being allowed to visit Germany, with the Chancellor calling for limitations last week due to a rise in UK infection rates.

In a press conference after their meetings, Chancellor Merkel said: “But as you know we are reviewing continuously our travel restrictions and we think that in the foreseeable future those who have received double jabs will then, according to our classification – and now Britain obviously is a high incidence area – will be able to travel again without having to go into quarantine.

“At the beginning we didn’t have much experience with this variant but we’re dealing with it.” 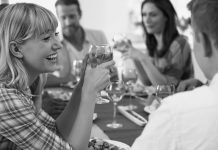