Stefan Junestrand, CEO of Grupo Tecma Red and a member of the European Blockchain Observatory shares his thoughts on what a blockchain-based governance model for public services in smart cities looks like

This opportunity for blockchain arises in an era where the management and services of our cities are being digitalised and are developing towards what is called “smart cities”. It also comes at a time when public administrations all over the world are facing a growing demand to fight corruption; to improve the efficiency, transparency and security of their systems; and to develop a more participative, interactive and democratic citizenship.

Existing organisational models and technology platforms have not been able to provide all of the above-mentioned needs. Blockchain technology, though, could offer solutions for the improvement of many of these aspects since one of its main features is that it provides a transparent, neutral, non-hierarchical, accessible, non-manipulable and secure information platform. Blockchain is also especially suitable for environments where there is low trust established between the actors, which is the case of the governance of our cities.

As a proof of the increasing interest in the use of blockchain for public services, many cities around the world have started to experiment with the development of blockchain applications. That work is of great importance since it generates experience and knowledge. But almost all blockchain applications currently developed, are isolated and hardly any city has a clear strategy on how to integrate them within a complete blockchain-based governance model for public services.

The aim of this article is to help stakeholders in cities around the world to understand the framework, as well as the different components and their functionalities in a fully developed blockchain-based governance model for public services in smart cities. In this way, it will be easier to avoid unnecessary mistakes and get on the right track from the beginning.

This article starts with an introduction of the blockchain technology itself, as well as the phenomenon of smart cities. After that, it analyses how these two concepts can work together and presents a blockchain-based governance model for public services in smart cities. It concludes with some practical recommendations for cities in their approach to blockchain projects, along with a discussion of potential future research.

It is worth pointing out that the political responsibilities for cities vary enormously around the world. And this article has a very open approach to this fact, as it considers that the city government could potentially provide almost any sort of public service in areas like administration, education, health, social services, transportation, security, energy, telecommunication, urban planning, waste management, etc.

Blockchain is designed to offer a secure, immutable and transparent information management platform for almost any application and it is especially relevant in environments where there is a lack of trust between the actors.

Figure 1 shows a blockchain architecture, with the distributed peer-to-peer (P2P) computer network in which interconnected nodes (“peers”) share resources amongst each other without the use of a centralised administrative system and each node has a shared version of the blockchain. For every new register, a new block is created, adding the new register to the previous information which is then updated on the whole network.

It is important to understand that there is not only one blockchain, nor one single blockchain technology, but that the use of the concept blockchain, on a daily basis, refers to what is called distributed ledger technologies (DLTs). Ledger relates here to the traditional book of accounting where all the economic movements of an organisational entity (company, public administration, etc.) are recorded in chronological order.

Nowadays, the use of blockchain is not limited to economic transactions, but it is also used to record any “event” that occurs and that we want to keep a record of, for example: the transfer of properties, weather conditions, gaming results or medical history.

The second generation of blockchain offers an additional functionality to the pure recording of data, which is called “smart contracts”. Smart contracts allow the blockchain to be programmed for automatic actions of any kind, triggered by any external action, based on simple conditional statements.

In blockchain systems, tokens are the representation of the different values and are the components used for the transactions within the system. Tokens can be of many types, but what they have in common is that they serve as an identifier for any kind of digital asset, which could be anything from monetary (as in cryptocurrencies) to physical assets (such as a piece of land) and even voting rights in a company, a private club, or a public election, etc. The tokens are technically a digital series of encrypted numbers (called a hash) which are stored by the users in their digital wallet and can only be used by accessing that wallet.

The main aspects that make blockchain so interesting and different from other database solutions are the following:

Immutability: Data storage is done in “blocks”, which are linked together in chronological order, generating a “chain” of “blocks”, i.e. blockchain. These blocks are added using complex cryptographical methods, a process called mining. The changes made are also registered simultaneously in all databases. Hence, in the blockchain, you cannot change a block in the chain, only add new blocks. This means that it is impossible to change the history of records in a blockchain, it is immutable.

Cybersecurity: The decentralised architecture, combined with the information stored in chains of blocks using complex cryptography, is a combination that makes a blockchain almost impossible to hack or attack from a cybersecurity point of view.

As mentioned above, blockchain is a flexible technology and can be applied in many different ways. When a blockchain is set-up and depending upon the needs of each application, there are two essential characteristics to consider:

Rights to read and write: Another aspect to define is who has the right to read the data, as well as who has the right to add data to the databases. For example, in a city that uses blockchain for their financial ledgers, the city administration should probably be the only one able to write new data, although any citizen should be able to read all the information.

There is a growing need to tackle a number of organisational and social issues related to our cities today. Some of the most prominent trends and tendencies related to the cities are:

In response to the above challenges and new needs, the only reasonable solution is to incorporate technology to a higher degree in the management and operation of our cities. The concept that refers to an integrated and fully deployed use of information and communication technologies in the management of the cities is called “smart cities”.

Given this background, it is understandable that there exists a growing interest in this topic and that large investments are being made in turning cities around the world into smart cities. For example, China is developing more than 200 smart cities (4), India is including more than 100 cities in the “Smart Cities Mission” (5); the U.S. has developed the “Smart Cities Initiative” (6); and Spain promotes the “National Smart Cities Plan” (7).

Until a few years ago, the process of digitalisation and automation of public services was stuck in the improvement of each service in an isolated way. But this limitation is no longer necessary since the different services in a city now can be integrated with each other. The technological solution that offers a horizontal integration of the different public services is called “smart city platforms”. The platforms provide a single interface for the management of the whole city, which makes our cities capable of providing a radically more efficient type of management, as well as new and better services towards its citizens.

Smart city platforms are developed both by private companies and public collaborative initiatives and are implemented and used in a large number of cities around the world. Although the technical functionalities of current smart city platforms are generally good, many are still closed systems that show difficulties related to integration, transparency, security and robustness.

A possible solution to these problems presented is to build the smart city platforms upon blockchain technology. A correctly implemented smart city blockchain platform has the potential to revolutionise the governance model of the cities and provide a truly immutable, secure, open and transparent system for the citizens and the companies that operate within it. Below, the design of a “blockchain-based smart city governance platform for public services” is presented.

Applying blockchain for isolated services can be relatively easy and straightforward both within the private and the public sector. Nevertheless, it becomes more complex when it comes to using blockchain as a governance platform for the public services in an entire smart city. In this case, the whole governance model has to be designed to permit the implementation of political goals through the blockchain system. The main question then becomes:

Also, many other key questions arise concerning the model, such as:

Below, a model of a blockchain-based smart city governance platform for public services is presented, together with a discussion and presentation of some tentative answers to the questions above.

The components of the model

In a smart city governance platform for public services structured upon blockchain, some unique components such as: the digital wallet, Dapps, tokens, etc. are introduced, which are not present in governance models without blockchain.

Hence, to build a model for blockchain-based governance of public services in smart cities, the first step is to ensure that the main components are included and furthermore, that they are structured and organised in a relevant way, with a description of their functionalities. The main components of the proposed model and their basic functionalities are:

By structuring these components, a blockchain-based governance model for public services in smart cities is built (see fig. 3).

Reflections over the proposed model

Some general conclusions and discussions can be established when analysing the presented “blockchain based governance model for public services in smart cities” (see fig. 3):

This article points out that a blockchain based governance model for public services in smart cities is necessary to understand the broader context of both current blockchain based public service projects, as well as future developments. Below, some recommendations for these implementations along with some important questions to be considered for future research.

Recommendations for the implementation of blockchain based public services

Most cities that consider experimenting with blockchain technology for their public services will probably take a step by step approach, starting with isolated, small-scale pilot projects. When doing this, it is important though to understand the consequences of choosing which project to do, as some are more complex than others. Here, are two examples.

The first is the development of a full-scale interactive Dapp, that generally implicates the use of many components within the model, such as the digital ID, a token, the wallet, etc. which results in a complex project (see fig. 4).

The second example is using blockchain only as a smart contract for public information which might be rather simple and involves a few components within the model (see fig. 5).

To conclude, three main recommendations can be made for cities, either they are taking the first experimental steps with blockchain or advancing towards more complex services:

Below some recommended general research activities that could be of special interest to improve the proposed blockchain-based governance model for public services in smart cities: 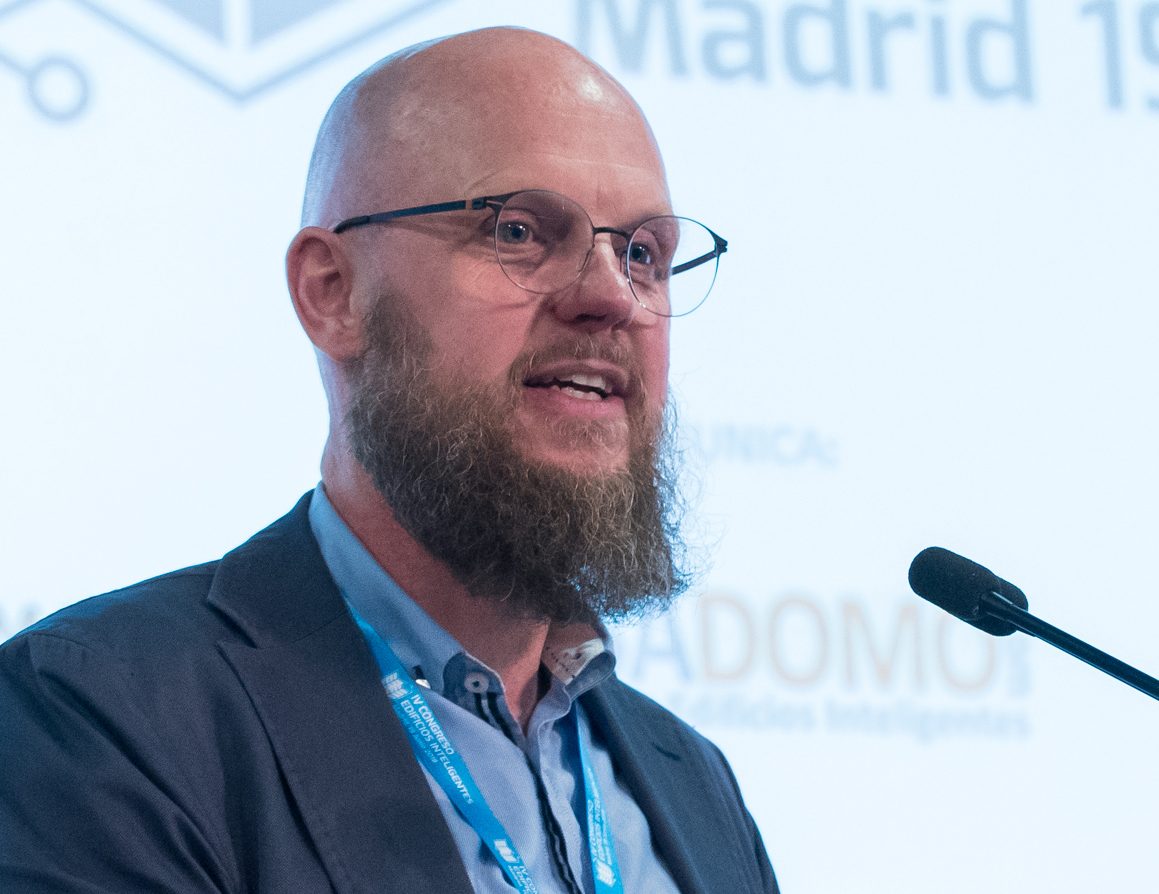 All you need to know about blockchain, cryptocurrencies and Bitcoin