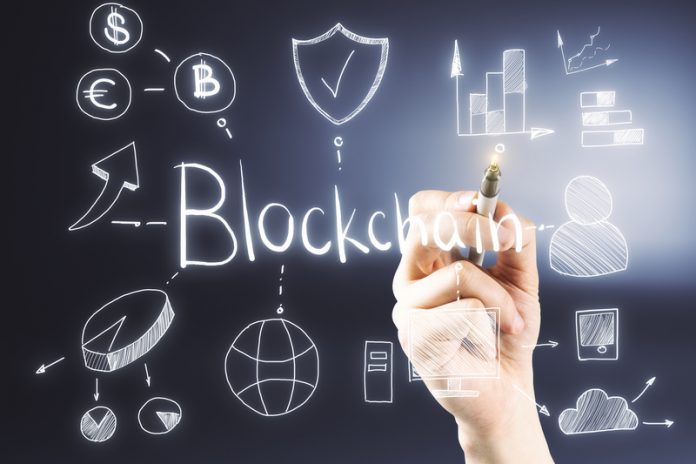 Brian Harris, Chief Product Officer at Currencies Direct, looks into the uses of blockchain we may not have thought of

The fact is that blockchain is the ‘distributed ledger’ technology that powers cryptocurrencies, but its potential applications are far more varied.

What exactly is blockchain?

Put simply, blockchain is a way of storing data across numerous nodes (or individual computers) in a distributed ledger.

New transactions are packaged up into blocks that include details of the transfer and are then added to the chain of data that already exists; every few minutes the system reconciles itself, meaning every node in the network updates with the new information – if enough of the nodes have contradictory information, the transaction is voided.

This system is incredibly secure; someone wanting to tamper with the details contained in a single block would not only have to alter every subsequent block as well, but would also have to gain approval from over 50% of the nodes in the network – that’s potentially millions or billions of computers.

So how can blockchain be used? Here are some business and humanitarian applications for this ground-breaking technology.

Blockchain technology offers a speedy and secure alternative for managing a company payroll, which is especially useful for global businesses dealing with employees across the world.

A bank transfer can take several days to clear, but the blockchain network updates its database every few minutes.

Another useful feature of blockchain is that it allows companies to create their own cryptocurrencies which can be used to provide perks and incentives to their employees.

For example, TenX, a Singapore-based company, uses its own Pay tokens when giving staff bonuses; this is a great way to incentivise employees as the value of cryptocurrency issued by companies is likely to rise as the company grows – giving workers every reason to perform at their best.

Blockchain has the potential to not only improve the security of cloud storage, but also to take your data out of the hands of large corporations.

Traditional cloud storage involves uploading your personal files intact to an allocated server and then accessing those from anywhere in the world at any time.

Blockchain allows individuals and businesses to essentially rent out their spare hard drive or server capacity, which other users who need more storage than they possess can pay to use.

However, rather than simply store your documents on another person’s computer, blockchain instead ‘shreds’ each file, encrypts the pieces and then distributes them to multiple ‘nodes’ in the network.

This means no single user has access to your file, unlike in traditional cloud storage where anyone who hacked into the server- or company that owned it themselves – would be able to view your data.

The healthcare industry has a data problem; there’s just so much of it!

From patient records to clinical trials to billing to research, the healthcare industry generates a lot of information and spreads it out across countless different computer systems.

Getting access to patient data is, therefore, a complicated and time-consuming affair, prone to delays and errors that can, in the worst of cases, be fatal.

One way blockchain technology could improve all of this is by providing a highly-secure, centralised way of storing data.

All information could be stored as blocks in one single chain, with every healthcare professional, medical researcher or specialist able to access any patient data to which they have been given consent from anywhere in the world, using one single system.

Similar to the healthcare sectors, financial services generates an extreme amount of data and keeps this locked away in innumerable systems that make data sharing complex.

Transferring much of this data to a centralised blockchain network would allow banks and investors to access and share data easily using the distributed ledger, slashing back-office expenses by cutting down on the number of staff required just to ensure records are up-to-date.

Similar to the ways outlined above in which blockchain can improve payroll, the speed of the distributed ledger system could improve the liquidity of the financial markets by drastically decreasing the time it takes for equity transactions to go through clearing.

Nasdaq used its blockchain technology to complete a private share issue for a client in 2015 and predicted that widespread adoption of the technology could cut clearing time from three days to just ten minutes, as well as cutting settlement risk exposure by more than 99%.

All this results in lower costs for asset managers, resulting in smaller fees for clients and therefore a more affordable service that many more can benefit from.

Blockchain technology offers a huge degree of accountability, and one of the ways this could be used for the benefit of all is in preventing electoral fraud.

By using blockchain technology to record and store votes, a system can be created that is virtually – if not completely – tamperproof.

Because altering an entry in the system would require control of over 50% all of nodes (computers) participating in the blockchain and the need to recalculate the cryptography of every subsequent block in the chain, the resources and computational power required to alter voting records in order to change the result of an election would be truly enormous.

Blockchain, in combination with renewal power and smart meters, has the potential to greatly increase the efficiency of energy consumption by creating ‘microgrids’ in which generators of clean energy sell their surpluses to their neighbours.

One of the key issues with long distance energy supply is that around 5% of electricity created in the grid is actually lost in transit on its way to consumers and businesses. By keeping energy generation local, much of this wastage can be avoided.

Currencies Direct are now using Ripplenet’s blockchain enterprise network to allow us to streamline and accelerate international payments for our clients.

We’ve used the technology, which clears transactions much faster than through a bank, to send money to accounts in India in a fraction of the time it used to take, resulting in an improved service. Not only is it faster, but the distributed nature of Ripplenet means that the entire process is secure and transparent.

The potential applications for blockchain are many and varied. The future undoubtedly looks bright for the technology and common opinion now is that the blockchain is likely to become ubiquitous in the future. The impact of this innovation on cryptocurrencies as we know them is uncertain, but with so many potential uses for blockchain technology it’s easy to imagine its potentially revolutionary impact on numerous area of our lives.