Ken Saito, Associate Professor from College of Science and Technology, Nihon University in Japan, tell us about a millimetre-sized microrobot with an artificial brain

Recently, the scope of application of robots has expanding into the medical field. In particular, the “da Vinci Surgical System” provides minimally invasive surgery with an expanded surgeon’s capabilities. In order to evolve minimally invasive surgery, a robot needs to be inserted into the body. A small-sized body such as under one-centimetre size can insert into the human body’s main artery or digestive organ.

Furthermore, if the robot can be constructed under ten micrometres, it can be inserted into the human brain’s capillary blood vessel such as “Fantastic Voyage”. However, constructing the micrometres robot system is challenging. The robot system needs a controller, an actuator, a sensor, and an energy source to pack into a small body. On the other hand, an insect or a microorganism has an advanced feature on its small body. Therefore, many researchers are mimicking the organisms to develop robotics.

The millimetre-sized microrobot with an artificial brain

Saito and his colleagues are developing the millimetre-sized microrobot with an artificial brain. The silicon wafer shaped using microfabrication technology to construct the mechanical parts of the robot. The mechanical parts of the robot have designed to actuate the four legs independently. Two sets of four-bar linkage have been used to realise the leg’s stepping motion by a single actuator. The microrobot can change the gait pattern by controlling the actuator of each leg. The authors use the shape memory alloy for the actuator because of the large displacement and large force generation. The shape memory alloy can change the length according to the temperature; the temperature-controlled by the electrical current flow. The electrical current flow is control by the artificial brain. The artificial brain can generate spiking waveform the same as a biological brain. According to the timing of the generation of spiking waveform, the electrical current flow sequence could be the shape memory alloy’s driving waveform. The artificial brain can generate the quadrupedal gait according to spiking waveform timing without using computer programmes. Also, the small size artificial brain has been fabricated by integrated circuit technology. The microrobot system needs only the electrical power source as an external device.

Saito and his colleagues used microfabrication technology to construct the body frame, link mechanisms, and four legs of the microrobot. All mechanical parts were made from a silicon wafer except the shaft and the shape memory alloy. The silicon parts’ shapes are machined by inductively coupled plasma (ICP) dry etching with photolithography technology. With microfabrication technology, it is hard to construct a complicated three-dimensional structure; therefore, the authors manually assembled the mechanical parts of the robot. Four pieces of shape memory alloy used as an actuator. The shape memory alloy can change the length according to the temperature (70 °C or over: Shrink. Less than 70 °C: Extend.). The leg of the robot has been designed to realise the stepping motion by a single actuator. The shape memory alloy has been used because of its simple structure, large displacement, and large force generation. However, the shape memory alloy has a disadvantage for energy consumption and response speed.

The photograph shows the complete system of our microrobot system. Now, Saito and his colleagues are studying electrostatic inchworm motors to replace the shape memory alloy. The electrostatic inchworm motors with low energy consumption can actuate by a small-size power source such as millimetre size Si photovoltaic cells. In the future, we will integrate the power source system and the sensory system into the microrobot. 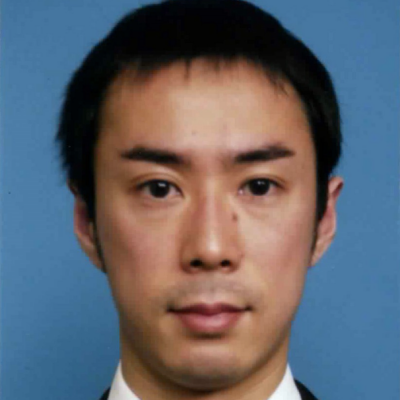