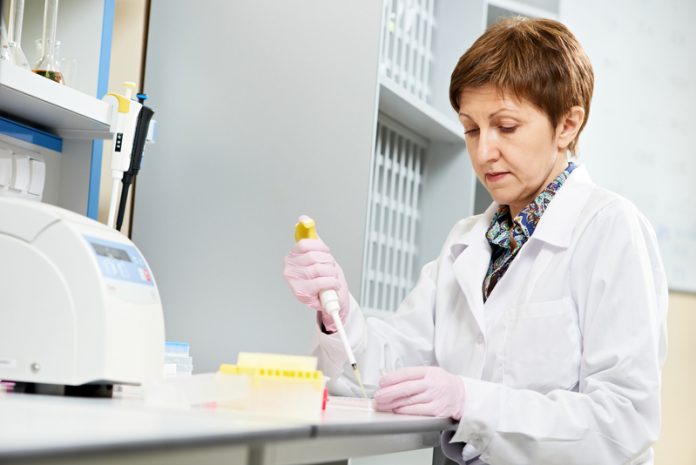 Cecilia Van Cauwenberghe, from TechVision Group, Frost & Sullivan provides a detailed analysis of acute respiratory distress syndrome, focussing on the evolving diagnostics and therapeutics in the precision era of medicine

Rezoagli et al., 2017, investigated acute respiratory distress syndrome (ARDS) epidemiology and etiology, concluding that ARDS can be triggered by a broad spectrum of local and systemic factors. Pneumonia, extrapulmonary sepsis and aspiration are the most critical risk factors for ARDS, along with additional demographic and environmental risk factors.

The acute lung injury prediction score (LIPS) is a model that introduces a series of risk factors and risk modifiers to predict patients’ predisposition to develop ARDS by using routinely available clinical data even before they are admitted to the intensive care unit (ICU). Bauman et al., 2015, validated the use of LIPS for early recognition of ventilated patients at high risk for developing ARDS and mortality in ventilated surgical critical care patients. According to the researchers, early identification enables ventilator and fluid management optimisation strategies, thereby reducing the risk of developing ARDS and overall mortality.

Strongly characterised by diffuse alveolar and endothelial damage, ARDS is indeed the most severe form of acute respiratory failure. Wohlrab et al., 2018, emphasise in the impact of an increased pulmonary vascular permeability and a loss of aerated lung tissue that lead to bilateral opacity, pulmonary edema, hypoxemia, increased venous admixture and decreased lung compliance. As a result, patients with ARDS need supportive care in the ICU to maintain oxygenation and prevent even more adverse consequences.

Sipmann et al., 2018, focuses their investigations on the heart-lung interactions present in ARDS because of the critical pathophysiological alterations in lung parenchyma and pulmonary circulation accentuating the effects of positive pressure ventilation. This affection is designated as pulmonary vascular dysfunction (PVD) and it denotes the specific alteration of the vascular system in ARDS leading to an increase in pulmonary arterial (PA) pressure and pulmonary vascular resistance (PVR) and right ventricular (RV) distress and potential death due to heart failure. This interaction involves a series of factors that contribute to an inefficient ventricular ejection, which along with impaired pulmonary vascular mechanics, increases both arterial elastance and wave-reflection, additionally leading to RV afterload.

In the precision medicine era, discovery and validation of biomarkers constitute an essential need to help ARDS patients to prevent lung injury severity by directly conducting effective therapies. García-Laorden et al., 2017, have investigated the trajectory of many candidate biomarkers.

Unfortunately, specific biomarkers for ARDS are difficult to find due to the complex and heterogeneous pathophysiology of the disease. Therefore, scientists are more focused on recognising combinations of biomarkers and clinical predictors reflecting different aspects of diffuse alveolar damage (DAD) such as epithelial damage, endothelial injury and/or inflammation, more prone to be identified.

Lin et al., 2018, have deeply analysed the metabolomics of patients with ARDS between healthy people, aiming to find metabolic markers with potential diagnostic values and prognosis. The authors found that caprylic acid, azetidine, iminodiacetic acid and ornithine had a positive correlation with the ratio of the arterial partial pressure of oxygen to fraction of inspired oxygen (PaO2/FiO2). The researchers also uncovered near a hundred of new metabolic pathways linked to these metabolites exhibiting significant statistical references to ARDS, which can be potentially used to judge the acuteness and envisage the prognosis of ARDS.

Receptor for advanced glycation end-products (RAGE) has been reported as a promising biomarker of lung epithelium injury as a pattern recognition receptor. Angiopoietin-2 (Ang-2) and surfactant protein D (SP-D) play a key role in endothelial junctional integrity. Due to their levels are significantly altered in patients with ARDS, they can be used for diagnostics. Similarly, interleukin- 8 (IL-8) regulates neutrophils and monocytes chemotaxis in the lung, so that higher IL-8 concentrations have predictive value in high-risk patients for developing ARDS.

Despite promising ongoing clinical trials being undergone, presently, there are no specific and effective pharmacotherapies to address the ARDS challenge. Principal attempts are based on a combination of therapies leveraging the advent of several adjacent technologies including small molecules agonists and inhibitors, interferons, nano-peptides, stem cells and microRNAs (miRNAs), among other innovations.

Aerosolised beta2-adrenergic agonists (β2-agonists) have been suggested to prevent the development of ARDS. SB-681323 is a selective p38 alpha inhibitor that may potentially inhibit the inflammatory response by interfering with the mitogen-activated protein kinase (MAPK) pathway, hence preventing inflammatory cascade events. As responsible for the well-functioning of the endothelial barrier function, interferon beta-1a may prevent vascular leakage. Nano-peptides, such as AP301, which activates the pulmonary epithelial and endothelial amiloride-sensitive sodium channel (ENaC) to facilitate alveolar liquid clearance, have been receiving increasing attention over the past decade.

Stem cell technology has also been proposed to regenerate lung tissue while modulating inflammation via secrete growth factors and cytokines. A further approach can be carried out by implementing miRNAs, small non-coding RNAs involved in the post-transcriptional regulation of various genes’ expression, as both biomarkers therapeutics, due to miRNAs may control several signalling pathways associated with the onset of ARDS.