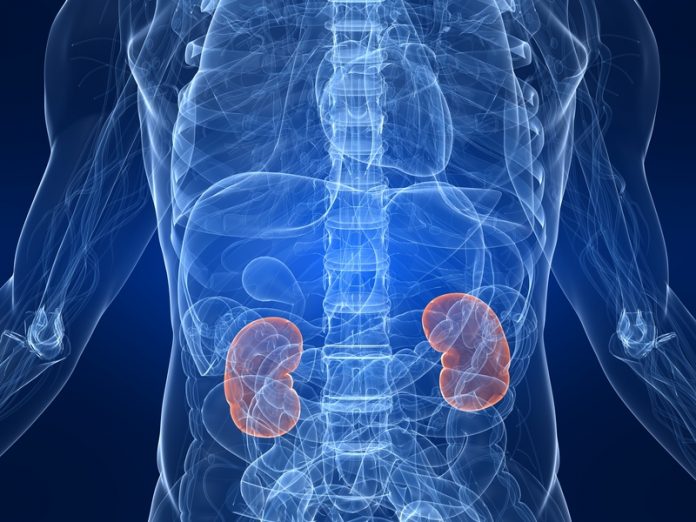 Membranous nephropathy (MN) is a rare disease that affects the kidney filter (glomerulus) and induces a massive loss of proteins in the urine. Considerable progress has occurred in the diagnosis and management of patients since the identification of the major antigens, recognised in the glomerulus by toxic antibodies circulating in the blood. Because the antigens are normally present in the glomerulus, one can conclude that MN is auto-immune in nature, and thanks to the recent advances in the disease pathogenesis, it can serve as a model for most organ-specific auto-immune diseases. The most prevalent antigen identified in 2009, the receptor of the phospholipase A2 (PLA2R1), is localised on the podocyte, a major cell of the glomerular filter where it serves as target for circulating antibodies.

Until recently, the diagnosis of MN required a kidney biopsy, an invasive diagnostic procedure with the risk of bleeding observed in less than 5% of patients. The development of assays of circulating anti-PLA2R1 antibodies and their transfer to clinical practice has been amazingly fast. The first immunofluorescence (IF) test used biochips coated with cells expressing the antigen, incubated with the patients’ sera. The ELISA using the extracellular domain of human PLA2R1 coated to plastic wells enables a more quantitative and faster determination of anti-PLA2R antibodies, but it is a little bit less sensitive than IF. Detection of PLA2R1 antigen in immune deposits in biopsy specimens is also possible with the use of commercial antibody after a retrieval step to unmask PLA2R1 epitopes (domains of the antigen PLA2R that are recognised by the antibodies). These tests have ushered in a new era of precision medicine. Seventy to 80% of patients with MN have mounted an immune response against PLA2R1, which serves as a diagnostic signature since PLA2R1 antibodies are specific for this disease.

For a long time, proteinuria was the only variable to follow disease activity. Now that specific antibodies have been identified, it has been shown that levels of these antibodies also predict outcome. High titers are correlated with a lower chance of spontaneous or treatment-induced remission, and a higher risk of the emergence of a nephrotic syndrome in non-nephrotic patients, and of renal function deterioration.

Furthermore, anti-PLA2R1 antibodies appear to be sensitive markers of treatment efficacy. Partial or complete depletion of anti-PLA2R antibodies precedes clinical remission, which is disappearance of proteinuria, by several weeks or months, while re-emergence or an increase of these antibodies precedes by several weeks a renal relapse. The time lag of several months from immunological remission (depletion of antibodies) to renal remission is most likely accounted for by resorption of immune deposits and repair of the glomerulus. Even more, anti-PLA2R1 antibody titers at the end of therapy are predictive of later outcomes.

Toward a serology-based approach to treatment

Treatment of MN is controversial because of a high rate of spontaneous remission (up to 40%) and toxicity of immunosuppressive drugs that are used to treat patients with persisting nephrotic syndrome. Patients should not be overexposed to toxic medication if they don’t need it. This is the reason why treatment is often delayed by 6 months to give the patients a chance to undergo spontaneous remission. We think that the international guidelines should be revised to include anti-PLA2R1 antibody in the decision algorithm for patients with idiopathic MN. Measurement of anti-PLA2R1 antibodies may indeed obviate the need for a “wait and see” period of 6 months, and allow for more rapid treatment decisions. We recommend that antibodies are assessed every month in patients with a high level, and every two months in patients with low levels before starting immunosuppressive therapy to avoid unnecessary treatment in patients entering immunological remission (substantial decrease or disappearance of antibodies). This recommendation does not apply to patients with rapidly declining renal function, in whom a prompt initiation of immunosuppression is warranted.

If immunosuppression has been started, we recommend that antibodies be assessed every month during the first 6 months. Although the rate of antibody reduction varies among studies, the general picture is that antibodies dramatically decrease during the first 3 months, and disappear over 6 to 9 months followed by remission of proteinuria over 12 to 24 months. Patients with a prompt and robust immunologic response may receive shorter than usual courses of immuosuppressive agents, whereas a conversion to an alternative therapy or a reinfusion of rituximab (for patients started on this drug which targets the B-lymphocytes involved in antibody production) should be considered in those who do not show a significant reduction in antibody titer at 6 months.

Toward more precision medicine: Lessons from molecular and cellular studies

There is more to come. Very recent studies by our group and a collaborating group in Nice suggest that diffusion of the immune response to several domains of the PLA2R1 antigen (a phenomenon called epitope spreading) was associated with a lower rate of remission after 6 months in patients treated with rituximab. We also showed that a population of T-lymphocytes, the regulatory T-cells, involved in the control of auto-immunity, was decreased in patients with severe MN and that those who responded to rituximab had a lower percentage of regulatory T-lymphocytes at onset of treatment and an increased percentage of those cells as early as 8 days after starting treatment.

Because the rate of remission (including partial remissions) does not exceed 70% with current immunosuppressive treatments, we hope that in future trials, close monitoring of anti-PLA2R1 antibody titer and epitope specificity as well as regulatory T-cells will allow a more personalised adaptation of treatment leading to increased rate of complete remission. 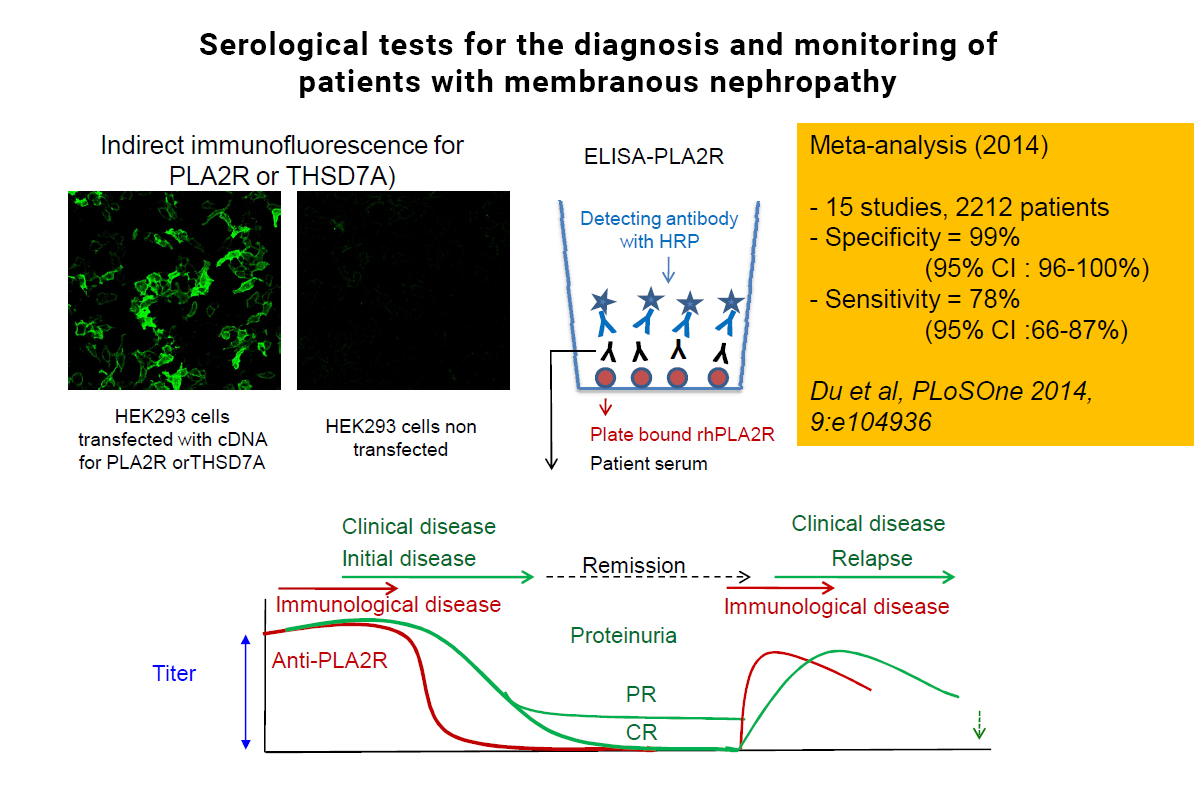