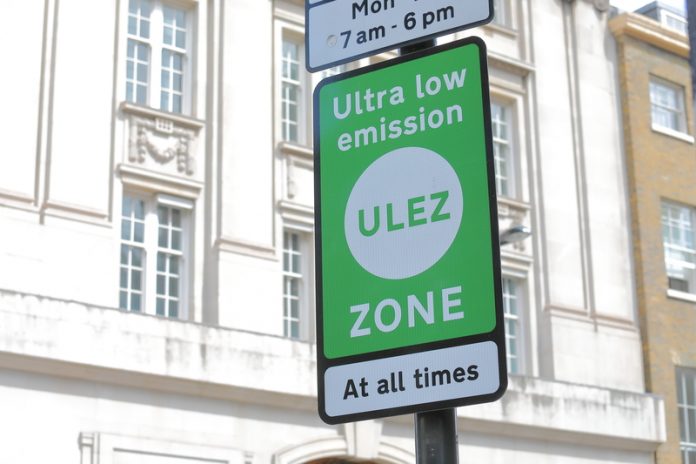 To address the issue of air quality, an increasing number of authorities are deploying targeted clean air and low emission zones, with Yunex Traffic infrastructure and technology behind London’s recently expanded Ultra Low Emission Zone (ULEZ), as well as Clean Air Zones in Birmingham and Portsmouth. The company is also working on the design and delivery of schemes with transport authorities in Manchester, Newcastle and Sheffield.

The Low Emission and Clean Air Zones operating in Britain’s two largest cities, London and Birmingham, both demonstrate the positive and almost immediate impact that such interventions can have on air quality. Using camera-based enforcement solutions, the schemes have resulted in fewer polluting cars on the roads, delivering a direct, positive impact on the levels of carbon dioxide, nitrous oxide and other contaminants in the air that people breathe.

London’s original Ultra Low Emission Zone began operating in October 2019 and after the first ten months of operation research carried out by the Mayor of London’s office showed that ULEZ had made a significant impact. In the central zone, the scheme had contributed to a 44% reduction in roadside nitrogen dioxide and 44,100 fewer polluting vehicles being driven every day, saving around 12,300 tonnes of carbon dioxide (CO2) emissions. At the end of December 2020, compliance with the central London ULEZ stood at 85% for all vehicles, with over 90% of cars (excluding black cabs) compliant.

From October 2021, the ULEZ area was expanded to an area 18 times larger than the original zone and now includes the whole of inner London, bounded by the city’s North and South Circular roads. Further research showed that after the first month of the expanded zone’s operation, the vehicle compliance rate with ULEZ standards was around 92%, compared to 39% in 2017.

On an average weekday, there were 47,000 fewer non-compliant vehicles detected in the expanded zone compared to the two weeks before it was introduced, and 11,000 fewer vehicles driving at all, each day. As a result of these changes, the Mayor’s Office estimates there will be a 5% reduction in CO2 emissions from cars and vans in the newly expanded zone in its first year. This is in addition to a 6% reduction in CO2 emissions achieved in the central London ULEZ area since 2019.

Early results from Birmingham are similarly positive, with data showing that since enforcement of the CAZ scheme started in July 2021, there has been more than a 40% reduction in the number of non-compliant vehicles entering the zone. The average daily non-compliance rate in October was 10.8%, compared to a rate of 18.7% in the first two weeks of the scheme’s operation. 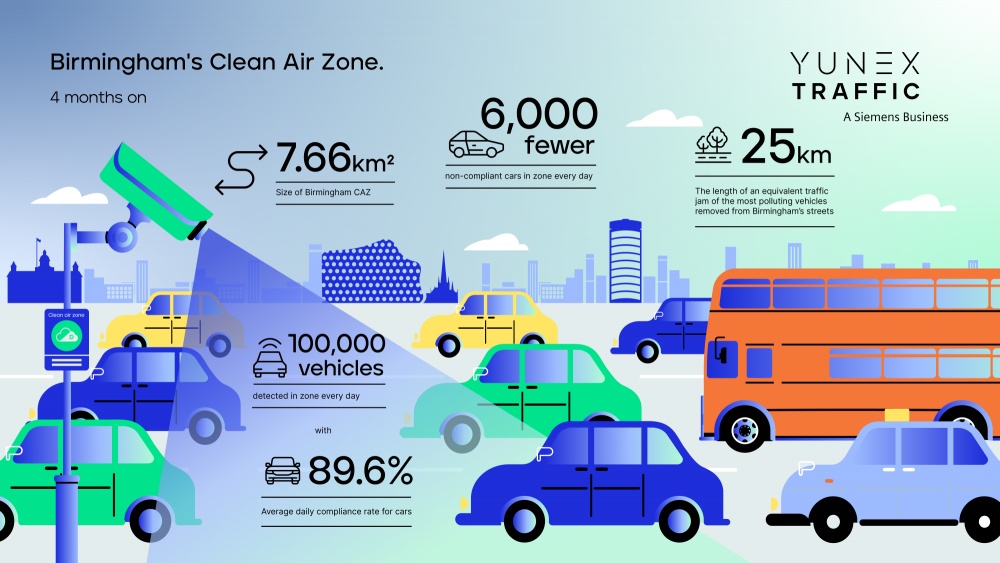 The results from these schemes demonstrate the positive impact that well communicated and designed interventions can have helping authorities reduce the number of polluting vehicles from their road network, improving air quality and helping achieve their decarbonisation targets.

It seems that many towns and cities are wrestling with similar issues to meet their sustainability and health and well-being targets. In London for instance, a recent report commissioned by the Mayor found that car journeys still needed to reduce by more than a quarter if its net-zero emissions are to be met by 2030.

A number of options have been mooted to achieve this, including a daily clean air charge for petrol and diesel car drivers in the capital and the further expansion of the city’s low emission zone; from which, drivers of all-electric vehicles would be exempt.

It’s clear that clean air and low emission zones are driving behavioural change, but also that we need to move further to achieve the required changes by 2030, with fully integrated solutions that take into account public transport, active travel and electric vehicle (EV) ownership. Solutions such as EV charging hubs, bus prioritisation and the provision of safer cycling and walking can all play a part individually, but will be more impactful if introduced as part of a holistic plan, combining to make our urban environments more pleasant, safer and healthier places in which to travel, live, work and study.