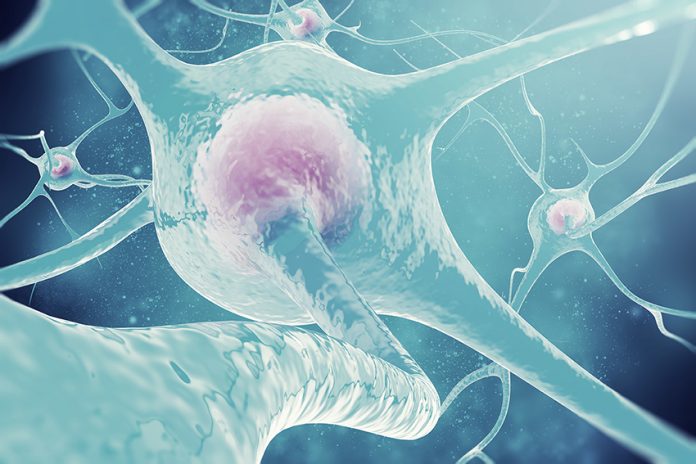 A paradigm shift is needed if researchers are to find a successful for treatment for Alzheimer’s disease, argues Ai-Ling Lin of the Lin Brain Lab

Alzheimer’s disease (AD) represents the most common cause of dementia, accounting for 50-75% of all dementia cases. AD is becoming increasingly common as the global population ages. It is estimated that currently 44 million victims of AD dementia exist in the world and that this will grow to more than 100 million cases by 2050. Pharmaceutical companies have been developing drugs to combat the disease. However, there are currently only a few interventions that have been approved for the treatment of AD. None have shown a clear effect on disease progression. A recent study looked at how 244 compounds in 413 clinical trials fared for AD between 2002 and 2012. Of those 244 compounds, only one was approved. The researchers report that this gives AD drug candidates one of the highest failure rates of any disease area – 99.6%. In the last thirteen years no new drugs have been released and existing drugs only stabilise symptoms temporarily in some patients, but do not slow progression of the disease.

Several factors have been suggested as responsible for the failures. First, it could be the animal models used for testing the drugs. Much traditional AD research has been based on the use of animal models, e.g. transgenic mice, in an effort to recapitulate genetic and pathological traits of human disease. However, transgenic animals, despite presenting several of the typical AD traits, do not develop the clinicopathological complexities of human AD. Moreover, treatments that seem to work in such models have not translated to humans. This indicates the existence of a clear disconnection between the animal model and the human condition.

Second, the treatment target has also been a concern. Until now, companies have mostly gone after the same target – amyloid-beta (Aβ) proteins that form aggregates or plaques in the brain of AD patients. However, comorbidity is very common in AD. Evidence shows that brain vascular and metabolic dysfunctions are also present in AD patients, and may even occur before Aβ appears. A recent study has shown that if only targeting Aβ without considering vascular defects, a new testing drug failed to improve memory in an AD mouse model. As past failed clinical trials have done, targeting Aβ may not be enough to stop the disease progressing.

Third, timing. It may have been too late to treat the disease when patients were already showing cognitive impairments, such as memory loss. At this stage, the AD patients may already have lost brain cells, particularly in the cerebral cortex – the brain area responsible for processing thoughts and many of the higher functions, including memory. When the brain cells have already died, it is almost impossible for any treatment to resurrect them and restore their functions. Ironically, nowadays, the majority of patients are not be diagnosed with AD until they show memory loss.

Learning from the failures, a paradigm shift in dealing with AD is a pressing need. In particular, a shift in focus to prevention strategies should be encouraged. Although several lifestyle-related risk factors have been shown to play key roles in the onset and progression of AD, research support and effort in these domains remains disproportionately low; only 3.4% of average annual funding is supported by the National Institute on Aging. Although genetics and advancing age are the major risk factors for developing AD, nutritional factors, physical activity, cognitive stimulation, and education level are all directly related to AD risk. Therefore, it is imperative to have lifestyle-related interventions to prevent AD or delay the onset of the disease.

In the Finnish Geriatric Intervention Study to Prevent Cognitive Impairment and Disability (FINGER), researchers used a multi-domain lifestyle intervention (diet, exercise, cognitive training, vascular risk monitoring) to assess the potential to prevent cognitive decline in at-risk elderly people. Between 7 September 2009 and 24 November 2011, they recruited 1260 participants, aged 60–77 years, and randomly assigned them into either the intervention group or control group (with general health advice). The Inclusion criteria were CAIDE (Cardiovascular Risk Factors, Aging and Dementia) Dementia Risk Score of at least 6 points and cognition at mean level or slightly lower than expected for age. After the two-year trial, they determined the participants’ change in cognition through comprehensive neuropsychological test battery (NTB) Z score. They found that the intervention group has 25% improvements in the NTB test compared to the control group. The study results clearly indicated that a multi-domain intervention could be effective to improve or maintain cognitive functioning in at-risk elderly people from the general population. (The trial is registered at ClinicalTrials.gov, number NCT01041989).

Strategies to reduce the risk of Alzheimer’s disease

With advanced technology, the efficacy of lifestyle intervention can be monitored in real-time using novel, non-invasive neuroimaging. Magnetic resonance imaging (MRI) and positron emission tomography (PET) have been successfully applied to assess in vivo the effects of specific nutritional interventions. For example, using high resolution MRI, researchers have shown that a Mediterranean diet can protect brain volumes and cognitive functioning in older individuals at high risk for AD. The combination of lifestyle intervention and neuroimaging technology could be a powerful strategy to prevent the onset of AD.

To achieve these innovative and paradigm-shifted investigations, there is an urgent need to increase funding for epidemiological and clinical studies, focused on the impact of specific nutrition, level of physical activity, and level of educational attainment in the onset and progression of AD. With awareness in society as a whole (researchers, governments, and general population), it is our hope that the risk of AD can be reduced and the onset of AD will ultimately be prevented.

Sanders-Brown Center on Aging, Department of Pharmacology and Nutritional Sciences, and Department of Biomedical Engineering, University of Kentucky