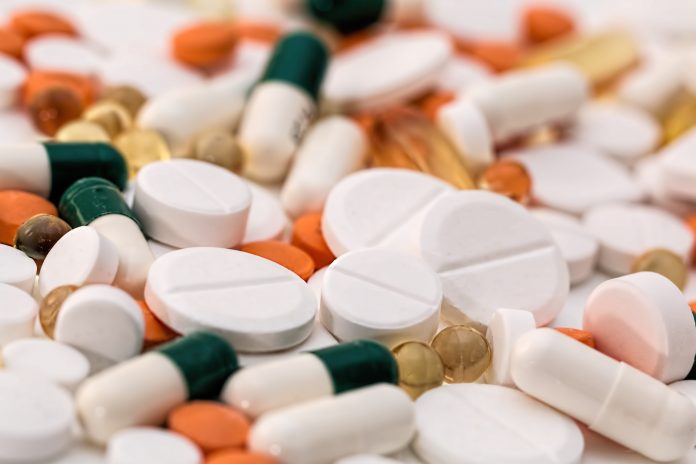 Research indicates that Antimicrobial Resistance is an issue which claims thousands of lives each year, 10 million by 2050

Here, Mike Lodge CEO at water and wastewater treatment specialist Arvia Technology discusses the issue and how it should be addressed: Antimicrobial Resistance (AMR) is a widespread issue which still remains on the peripheries of public and government concern.

AMR is a historic problem which naturally occurs when microorganisms develop and mutate through exposure to antibiotics, which inadvertently creates resistance to the pharmaceuticals.

The proliferation and overuse of the drugs is accelerating the issue to a fever-pitch which is already claiming thousands of lives.

In 2016 it was estimated that 700,000 deaths per year could be attributed to AMR. Current assessments predict that deaths from AMR could reach 10 million by 2050.

During the European Parliament discussion Joining the Dots -Tackling Pharmaceuticals in the environment and AMR in Europe, EPHA Secretary General Nina Renshaw went as far to say that AMR has the potential to be a bigger killer than cancer, as last resort antibiotics become ineffective.

As stated by Ms Renshaw, ‘if AMR was one single disease, the European Commission would have pulled out all the stops; however, action is slow because AMR is complex and difficult to get a handle on’.

In general terms, the main contributors to AMR are excessive consumption and inappropriate usage of antibiotics, alongside improper disposal which leads to environmental contamination.

There is an increasing body of evidence which suggests that antibiotics are moving their way up the food chain through our waterways, with streams, rivers, lakes, seas and oceans falling victim to pharmaceutical pollution.

Antibiotics can enter the environment from various sources, the main way being through overuse and improper disposal, run-off from intensive farming along with inadequate sewage and wastewater treatment systems.

There is a worrying tendency to unnecessarily over-consume antibiotics, and often the excess drugs and drug metabolites which fail to be metabolised by the body are excreted into waterways in our urine.

Prescribing the correct antibiotics without knowing the exact strain of bacteria is near-impossible, meaning the process is something of an educated guess.

This results in a ‘trial and error’ approach which leads to unnecessary use of antibiotics as doctors decipher which drugs are best suited to treating infection.

The farming industry relies heavily on antibiotics to help animals grow faster, whilst also allowing them to be kept “healthy” in cramped conditions where disease spreads easily.
Often the preferred delivery method for antibiotics on farms is via the livestock’s food and water supplies, meaning too much is used and the excess runs into fields or waterways.
In relation to the industry, pharmaceutical plants can have inadequate wastewater treatment processes which exposes waterways to antibiotics and other pharmaceuticals.
Wastewater from pharmaceutical manufacturing sites even when treated can contain trace levels of antibiotics which accumulate in the environment.

Water and wastewater treatment must be another key consideration when examining ways to reduce pharmaceutical residues in the environment.

Traditional treatment of wastewater can partly eliminate or remove pharmaceuticals, but some traces are still detectable in effluents.

In alternative wastewater treatment processes such as Ozone, Hydrogen Peroxide and Reverse Osmosis, large doses of chemicals are used to eradicate contaminants. Not only does this come at a high price, it can also create a hazardous sludge which must then be incinerated.

This has created a demand for economical and more environmentally-friendly solutions.
The final stage of water treatment, when only trace level contaminants reside in wastewater, has always been challenging. However, there are now state of the art solutions for the reduction of hard-to-treat micropollutants from water and wastewater streams.

With an issue of this magnitude, a simple solution is impossible. Fortunately, AMR is beginning to reach government consciousness.

A recent report from the Health and Social Care Committee stated that the issue needed to be a ‘Top Five Policy Priority’ to avoid modern medicine becoming ineffective.
Policymakers are taking steps in the right direction with the introduction of regulations such as REACH which calls for the registration, evaluation, authorisation and restriction of chemicals.

Despite this, firmer action is needed to limit the production and regulate the disposal of antibiotics.

According to Public Health England (PHE), the government’s public health advisers, about 20 percent of all antibiotic prescriptions given out in the UK are unnecessary.
On a consumer level, a reduction in over-prescribing or unnecessarily prescribing antibiotics could help to reduce our resistance to the drugs.

Take-back and disposal schemes, green pharmaceuticals, eco-labels on packaging, compulsory prescription of pharmaceuticals with high environmental impact and general awareness-raising are all practical ways to tackle the problem.

Analysis and testing has improved considerably in recent years which is also driving change.

If both the industry, consumers and the government begin to take a holistic approach to tackling Antimicrobial Resistance – then it’s certain there will be tangible, positive results. However, with an issue which claims so many lives each year, there is no doubt that the time to act is now.