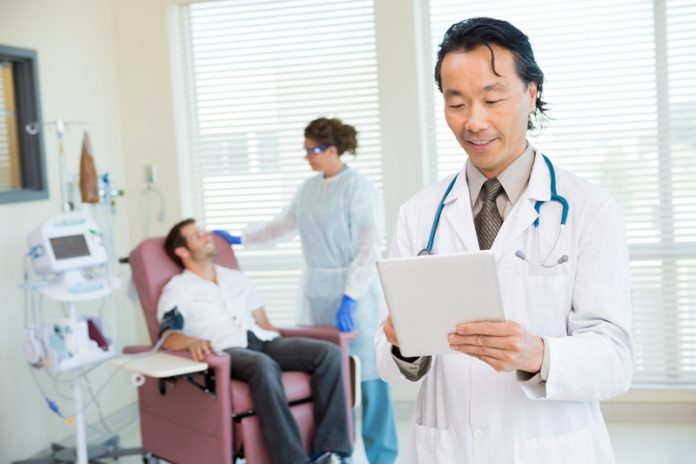 Prof Dr Chris Meier at the University of Hamburg, Faculty of Sciences, Department of Chemistry explores antiviral and antitumor therapies. He discusses the intracellular delivery of antivirally active nucleoside triphosphates and argues that the ultimate challenge is applying these as chemotherapeutics

Nucleosides are the components of nucleic acids and play an essential role in the synthesis of RNA or DNA and in many other biological events. Synthetic nucleoside analogues are used in antiviral and anticancer chemotherapy and they are the backbone to combat virus infections nowadays, for example, the HAART approach against AIDS/HIV.

Furthermore, the clinical efficacy is hampered by limitations such as low biological half-lives due to catabolic transformation. Often, the first phosphorylation catalysed by a nucleoside kinase to give the monophosphate metabolite (NMP) has been identified as the limiting step, for example, for the anti-HIV drug 3´-deoxy-2´,3´-didehydrothymidine (d4T).

However, for 3´-azido-3´-deoxythymidine (AZT) the bottleneck is not the NMP formation but the metabolism to the corresponding diphosphate (NDP) and recently, we showed that two uridine nucleoside diphosphates were very poor substrates for NDP-kinase. The latter proved that even the last conversion to NTPs can be rate-limiting.

However, for most of the synthetic nucleoside analogues, the detailed metabolism to yield the NTP has not been studied yet because they were biologically inactive and therefore were discarded. The main reason for a lack of (bio)activity is often an inefficient phosphorylation. To overcome the phosphorylation bottleneck, the design of prodrugs of the phosphorylated metabolites can be an option to restore antiviral or antitumor activity. This concept has been successfully used for monophosphorylated nucleosides. Examples of such NMP-prodrugs are the enzyme triggered McGuigan Protide-strategy, which is used successfully in HCV chemotherapy (Sofosbuvir) and the chemically driven cycloSal-technology introduced by us. Interestingly, previously to our own work, delivery approaches for the higher phosphorylated metabolites were published in only a very few reports and all of them failed.

Despite the success of NMP prodrugs, such as the anti-HCV agent Sofosbuvir and the successful intracellular delivery of NDPs, the final goal in the field of pronucleotide development is the intracellular delivery of NTPs. The advantages are obvious. Firstly, the complete phosphorylation is by-passed because the ultimately active NTP is delivered and secondly, catabolic processes which normally only take place at the nucleoside or the NMP level can be avoided. Despite these obvious advantages, almost no reports were published on the development of NTP prodrugs.

There are important challenges to be solved in NTP prodrug development. Firstly, the inherent lability of the triphosphate unit because of reactive phosphate anhydride linkages and secondly, the high negative charge that has to be compensated by lipophilic masking groups. Thirdly, a possible unselective cleavage of these masking groups and fourthly, the potential low stability of the delivered NTP towards kinases/phosphatases. Hence, the common opinion in the field was that it is almost impossible to develop prodrugs of NDPs or NTPs.

However, in 2008 we published on the first NDP prodrugs, the so-called DiPPro-approach to bypass the second phosphorylation step.1 These prodrugs showed very good antiviral activity in HIV-infected human T-lymphocyte cell cultures and clearly formed the nucleoside diphosphates in cell extracts.

In 2015, we disclosed the intracellular delivery of nucleoside triphosphates through a prodrug technology (TriPPPro-approach, Scheme).2,3 In contrast to the cycloSal-approach, as in the DiPPro-approach, in the TriPPPro-approach the delivery of the NTP is triggered by an enzymatic activation within the masking group. In our work, we have used two different synthesis routes towards the TriPPPro-derivatives. One route is based on the phosphoramidite chemistry and needed an oxidation in the final reaction step, while the second route involves H-phosphonate chemistry.

Using the second route, nucleoside analogues or masking groups sensitive for oxidation can also be used. Additionally, we reported on the biophysical properties of the TriPPPro-derivatives, a PCR assay, the antiviral activity of a variety of approved, as well as so-far non-active nucleoside analogues, plus cellular uptake study and the intracellular delivery of the NTP using a fluorescent nucleoside. Recently we proved the in-vivo efficacy of a TriPPPro-compound against HCV in mice. These studies demonstrated the general applicability and potential of the approach.

In conclusion, our work on the design of pronucleotides led to the first example of a nucleoside triphosphate prodrug. The key to this approach was that the reactive phosphate anhydride linkages of the TriPPPro-compounds were stabilised by the presence of negative charges. However, by keeping the charges the polarity has to be compensated by the lipophilicity of the two masking groups connected to the terminal phosphate group. The second important feature was to use an enzyme-catalysed cleavage within the masking group which avoided almost all possible side reactions associated with the triphosphate moiety.

So, the results obtained proved that the TriPPPro-approach enables the intracellular delivery of bioactive NTPs. Thus, the TriPPPro-strategy offers a high potential to be used in antiviral and antitumor therapies. The approach can be used for all those nucleoside analogues that lack efficient conversion into the triphosphate form. Also, compounds that are quickly catabolised may be rescued by this approach. Moreover, the approach might be also suitable to address chemical biology questions by delivering triphosphorylated nucleotide probes into cells.

Faculty of Sciences, Department of Chemistry