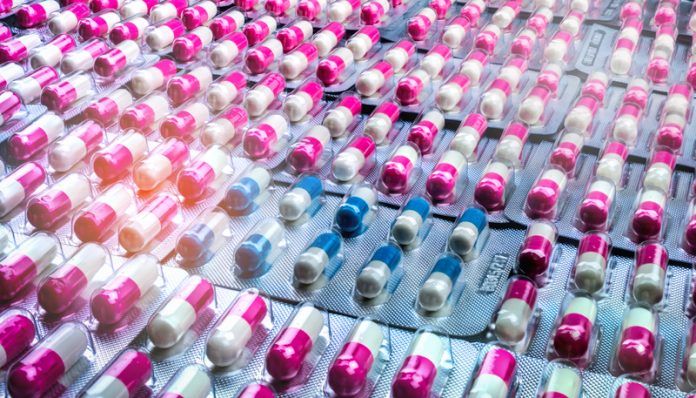 Based on fundamental research, young scientists at the IBPC explore new approaches to fight against the global threat of antimicrobial resistance, according to two seasoned experts from Institut de Biologie Physico-Chimique – CNRS

Today, 100,000 tons of antibiotics are mass-produced annually, and more and more pathogenic species have become antibiotic-resistant because of their misuse or overuse. Some bacteria developed resistance against almost all known chemotherapeutic agents and antibiotics. The World Health Organization (WHO) now considers antimicrobial resistance (AMR) as a “global threat”, resulting in more than 700,000 deaths annually and that number might reach 10 million by 2050.

Moreover, the number of approved new antibiotics by the United States Food and Drug Administration has steadily been declining; with 17 new antibiotics for the period 1983-1987, to only two for the period 2008-2012. Consequently, the long-term economic burden of antibiotic resistance could be worse than that of the 2008 financial crisis: in the European Union alone, antibiotic resistance annually costs €1.5 billion in extra healthcare expenses and losses in productivity.

The Institute of Physico-Chemical Biology (IBPC) was built in 1930 by the Edmond de Rothschild Foundation. It has always strongly supported curiosity-driven fundamental and multidisciplinary research in all areas of biology. Its design by Jean Perrin, Nobel Prize in Physics 1926, foreshadowed what would later be the CNRS (National Center for Scientific Research) created ten years later. Over the last few years, young scientists in two laboratories (directed by Harald Putzer and Bruno Miroux), have made discoveries with potential applications to fight against AMR: i) ABC-F proteins, a new target for killing bacteria (Gregory Boël); ii) inhibiting efflux pumps for a more efficient antibiotic cure (Martin Picard) and; iii) amphipathic polymers for better vaccination (Manuela Zoonens).

A large class of antibiotics targets the protein synthesis apparatus and close to half of them bind near the Peptidyl Transferase Center (PTC) and the polypeptide exit channel of the ribosome. As for the β-lactams, specific enzymes mediate AMR for the PTC targeting antibiotics. Several of them belong to the ATP-Binding Cassette (ABC) protein superfamily, which is mostly composed of membrane transporters that use ATP to couple transport. While some of them can simply pump the antibiotic out of the cell, other ABC protein families (ABC-F) lack transmembrane domains. We have demonstrated that one of them does not work as a transporter, but rather regulates translation according to the energy state of the cell1.

The AMR ABC-F proteins provide resistance against all antibiotics that target the PTC or the polypeptide exit channel and most of those that act on the 50S ribosomal subunit, including linezolid antibiotics used in the treatment of vancomycin and methicillin-resistant strains. AMR ABC-F genes are present in mobile elements, such as plasmids and transposons and can thus be propagated rapidly. In order to understand how these proteins, induce antibiotic resistance, we study their mechanisms of action on the ribosome at the molecular level using structural, biochemical and genetic methods. This will lay the groundwork for new strategies targeting this protein family. 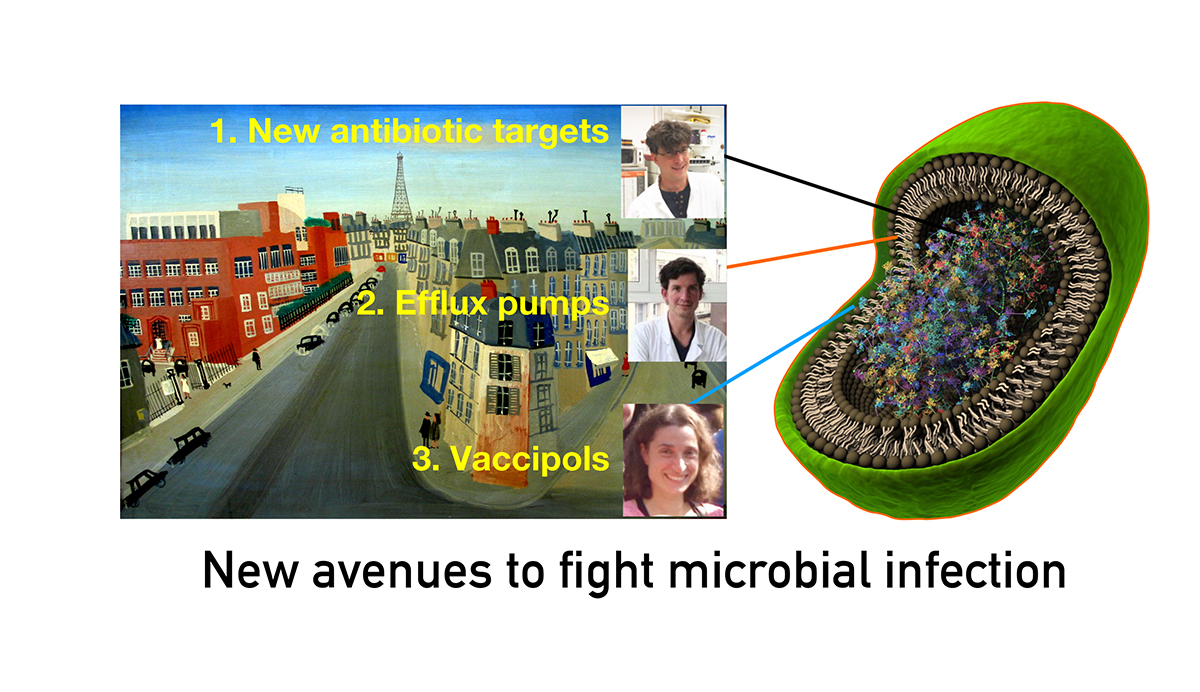 Efflux pumps are key players in AMR by transporting antibiotics outside of the bacteria. In Gram-negative bacteria, efflux transporters are organised as macromolecular tripartite machineries that span their two-membrane envelope. We have developed a unique reconstitution protocol to study in vitro their assembly and function in two-membrane environment2. Our project is to understand the dynamics of efflux pump assembly, the multidrug recognition and the mechanism of transport. Our methodology paved the way to the screening and the characterisation of efflux pump inhibitors (EPIs) that shall enhance or revive the efficiency of antimicrobials. Inhibition of bacterial efflux pumps increases antibiotic susceptibility and reduces the probability of emergence of antibiotic-resistant mutants.

Given the very limited number of new drugs in the pipeline to fight multi-resistant bacterial strains, EPIs represent a promising alternative strategy. However, translation of lead EPIs into therapeutic compounds is a challenge because the cross-inhibition of human efflux systems can cause unexpected toxicity due to their multitude of physiological roles. Thus, selecting efflux pumps inhibitors operating only in prokaryotes may offer a greater chance of therapeutic success.

Amphipathic polymers called ‘amphipols’ (APols) are mild surfactants useful for handling and stabilising membrane proteins (MPs) in aqueous solution3. Currently, most vaccines are prepared with live attenuated or inactivated whole organisms. However, some vaccines with a serovar/serogroup-specific protection may have a short-lived effect and may increase the number of infections or hypersensitivity reaction upon reexposure to the pathogen.

For these reasons, the search for a subunit vaccine combining appropriate antigens and adjuvants represents an attractive alternative. The usefulness of APols for vaccines has been demonstrated in a mouse model using as antigen, the native major outer membrane protein (nMOMP) of Chlamydia muridarum. The replacement of detergents for APols further enhanced the protection of mice against this pathogen likely due to a better stability and accessibility of nMOMP epitopes3. We are currently, developing APols with adjuvants to co-deliver antigen-adjuvant complex to the same immune cell. Our results show a further improved protection efficiency opening great perspectives in vaccine development.

Laboratory of Physical and Chemical Biology