Dylan Browne, Head of Maritime at OneWeb, reveals how we incentivise greater co-ordination and collaboration between researchers across the Arctic

The Arctic’s position at the frontier of everything from changing global air currents to fish stocks means what happens in the Arctic matters everywhere else. Scientific research into the Arctic is, therefore, fundamental to predicting and influencing global environmental changes.

For example, ocean currents massively influence global climate conditions and melting Arctic ice is set to flood the seas with freshwater, lowering temperature and salt levels across the world’s oceans and producing a resulting ripple effect across global weather patterns.

The Arctic even has a profound impact on the global plastic pollution crisis, with some 1,000 billion plastic particles frozen in Arctic ice, threatening to create a plastic slick across the world’s seas.

To compound both these issues, polar regions are warming at twice the rate of the rest of the planet. It is little wonder that a recent Parliamentary report described the region as “both the site and source of some of the world’s greatest environmental challenges.”

This has driven increased interest in scientific research into the Arctic, with Britain alone investing $7.8 billion in polar research infrastructure including seven polar research stations and a new state-of-the-art polar research ship. The European Union (EU) is also funding many research programmes through its Arctic cluster. These efforts will, however, require an enormous array of new infrastructure to ensure safe and environmentally responsible research in remote and hazardous regions.

Yet the U.S. Arctic still has no deepwater ports and today 48% of the region either has no or little broadband connectivity. Research vessels like Germany’s RV Polarstern and RV Heincke currently have to switch between multiple satellite systems for operations in different locations, which comes with its own cost and complexity implications. There are also too few Arctic-wide standards and enabling technologies, resulting in new polar infrastructure being developed in an uneven and un-coordinated patchwork.

This impedes research because the Arctic poses particular challenges to safety and pollution. The remoteness of polar waters and risk of extreme weather combined with difficulties in rescue and recovery, poor navigation and communication are serious risks to research assets in the area.

However, there is now a huge opportunity for change. An estimated $1 trillion is being invested in everything from maritime facilities to roads across Canada, Norway, Finland, the U.S. and Russia. This could open up remote polar regions to research and exploration.

Three satellite networks have also recently announced plans to extend coverage across the Arctic, with the first and fastest service the region starting in 2020, which will connect the entire Arctic region. Universal 24/7 connectivity across every part of the Arctic forms a potential enabling infrastructure for universal standards and technologies across the region. This will not only improve safety but also aid the scientific endeavour.

For example, Arctic-wide connectivity will allow ice data to be shared across all polar nations in real-time, boosting safety and providing a holistic real-time window into the impact of climate change on ice cover across the region.

Connectivity will also support the implementation of universal navigational and environmental standards. The International Maritime Organisation’s Polar Code now mandates ships in the Arctic be equipped to broadcast ship to shore alerts and able to transmit and receive on-scene communication at all times.

Connectivity will enable research ships to comply with these requirements by facilitating real-time reporting between vessels and authorities, live exchange of hazard warnings and safe navigation within agreed passage plans. It will even allow research stations to remotely train crews by enabling instructors to ‘remote in’ to vessels and train mariners from any location.

The Polar Code also mandates that ships in the Arctic carry Automatic Identification System (AIS) equipment for safe navigation. Earth’s curvature limits the range of AIS to about 74 km from shore, but Arctic-wide satellite connectivity will enable live vessel tracking from any polar location.

In this way, connectivity will underpin the standards needed to ensure safe and clean research efforts across all Arctic locations. By permitting the live exchange of everything from ice to climate data across every Arctic location, it will catalyse more collaborative and joined-up research efforts and infrastructure across countries and companies.

Opening up the Arctic to more research across air and sea and allowing their data to be captured and communicated from any location will create a more comprehensive and current overview of the Arctic and its effects on the world’s future climate. 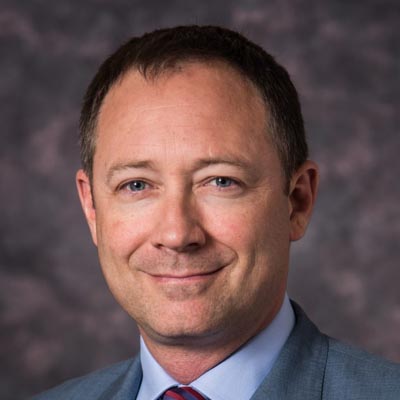