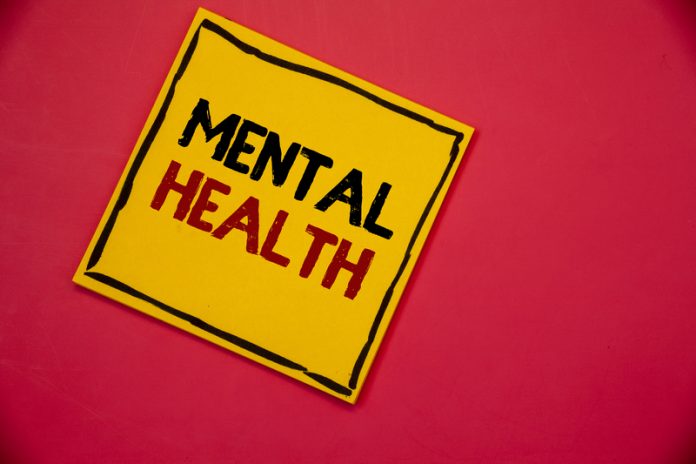 Conor Todd, Head of Marketing at FreeOfficeFinder, discusses his views on why companies may not be addressing mental health in the workplace as much as they should and how they can offer help to their employees

Millions of people in the UK are affected by mental health issues. Amongst the many factors that may play a role in a person’s wellbeing is their workplace. In fact, 60% of employees feel that they have had mental health issues as a result of work or where work played some factor. This may suggest that organisations are not properly addressing the mental health issues of their employees. This could end up being damaging for employer and employee alike and, as such, is an issue which clearly needs addressing.

Recent figures have shown that three out of four Britons have felt overwhelmed or unable to cope in the past year because of stress. Figures surrounding mental health and wellbeing can be surprising, to say the least, and consistently serve to prove that the majority of us are likely to deal with a mental health issue at some point in our lives.

Much like a warehouse which uses dangerous equipment will have safety measures in place to protect their employees; companies should have safeguards in place to protect their employees from the damaging effects of workplace stress. Despite being considered one of the great public health challenges of our time by the Mental Health Foundation, stress still may not be taken seriously enough by employers.

Almost a third of employees believe their organisation does nothing to support those with mental health issues. In one survey, nearly 25% of employees felt their organisation does not take well-being seriously. These findings are clearly alarming. They would suggest that thousands of companies across the UK are truly ineffective when it comes to looking after their employees’ wellbeing and that a large portion of those thousands doesn’t consider it an issue even worth addressing.

Reports suggest that failing to address mental health in the workplace costs the UK economy £33-£42 billion a year through sick leave, staff turnover and productivity. Clearly, it is not beneficial for organisations to sweep mental health issues under the rug.

Companies should be taking the matter of mental health seriously because they have a duty to their employees. However, if that’s not motivation enough, ignoring mental health has a damaging effect on business. Employees who are suffering are more likely to take more days off, become burnt out and be less productive. Companies who had measures in place to ease the burden of their employees would not have to lose such productivity. By investing in their employees’ wellbeing they literally invest in the wellbeing and success of their organisation. This fact makes it all the more galling that companies would be ineffectual in addressing mental health.

Many companies are clearly failing when it comes to handling their employees’ wellbeing, but it is not necessarily fair to paint them as insensitive. Mental health can be an uncomfortable topic which co-workers don’t like to discuss. Many managers themselves will have suffered personally and so are not unaware of their team’s struggles, just unable to properly address them. Often managers will not want to embarrass their employees by bringing up mental health and often employees will not want to bring up their mental health issues for fear of being perceived as weak. Clearly, these problems must be met in order to move forward.

Firstly, any stigma around mental health needs to be quickly eradicated. Given that the figures seem to point to a majority of people suffering at some point, it makes no sense to discriminate against workers struggling with their wellbeing; it’s essentially stigmatising being a person. Alarmingly, a study showed that 15% of cases where an employee disclosed their mental health issues to a manager actually ended in those employees receiving disciplinary procedure, demotion or actual dismissals. Organisations need to make it known to their employees that they are able to come forward with their issues and will receive no unfair consequences as a result. Without this information, workers will understandably avoid coming forward to their employees, which unfortunately only exacerbates the problem.

Organisations, then, need mental health policies in place. There needs to be methods in place to help both employees and managers deal with the issues at hand in a constructive manner. Importantly, managers and leaders in the company need to be trained in how to help their employees cope with mental health problems. Many managers currently feel ill-equipped to address their employees, never mind give them constructive help in this area. If companies implement a clear course of action along with personal training for team leaders within the organisation, when an employee appears to be struggling or raises an issue, they will be well-equipped to address that issue and then help the person tackle it by providing solutions and care.

By making clear their open door policy when it comes to mental health and equipping their higher-ups with the skills to help employees deal with mental health issues, organisations would make a big step towards doing enough for the problem. Employees may no longer be afraid to come forward about their struggles and rather than being met with, at best, incompetence and, at worst, disapproval, would be met with meaningful help from a trained and sympathetic manager or leader in the company.

This is beneficial for both the employee and the employer. The employee will have people to talk to and will be able to implement strategies with their employer to ease their struggles. This could be huge in getting them back into the right headspace. For the employer, their business will only improve as a result of addressing mental health. It will mean that their employees are less likely to avoid work through sickness, become burnt out or lose focus and productivity. A happier workforce literally means a more successful company.

Although looking after one’s employees should be motivation enough for a company, it is worth highlighting the benefit they will see from helping their employees on this personal level. Firing and re-hiring is no solution. It is clear that a majority rather than a minority will suffer from some kind of mental health issue, so companies would be foolish to try and avoid the issue. It should also be noted that many organisations are making strides forward to help their employees, but only continued conversation will bring about the proper change necessary in the workplace.