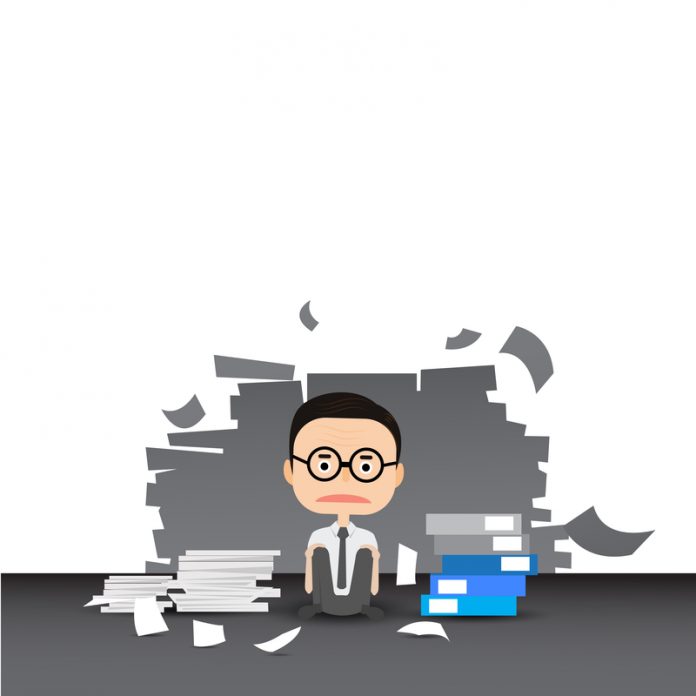 Research from CABA suggests that Brits are under significant workplace strain, with more than 1 in 3 (36%) confessing they think about quitting their position on a regular basis.  The study revealed that 13% of employees are resorting to pulling a sickie to cope with stress, with the same (13%) admitting to feeling stressed at least once a day.

According to the research, employers overwhelmingly agree that taking a sick day for mental ill health is completely acceptable. The findings revealed that 94% of HRs believe depression or anxiety is an adequate reason to call in sick, and over (80%) believe that workplace stress is also a legitimate reason for a sick day.

In contrast, employees were reticent to admit taking time off due to workplace pressures and believed it was not an acceptable reason to call in sick. The research showed that only 13% of employees had called in sick due to feelings of stress, with 10% admitting that they did not want to face up to their workload. As a result of the findings, CABA is calling for anyone who is struggling with stress or concerned about a family member or friends to seek advice.

“1 in 4 people experience a mental health issue every year, so it is reassuring to learn that HRs agree stress, depression and anxiety are all valid reasons for employees to call in sick.

“It’s extremely important for businesses to promote a supportive, non-judgmental ethos to encourage employees to take time off if they need it, and most importantly encouraging conversation if people are struggling.

“Our research shows that 80% of HRs agree that physical symptoms such as back or joint pain is an acceptable reason to call in sick, so it is a step in the right direction that mental ill health is being recognised in the same way.”

Positively, the research showed that over half of working Brits (57%) would tell someone at work if they thought they were suffering from stress, anxiety or depression, with their line manager or supervisor (25%) the most likely go-to person.

However, nearly a third (32%) would keep quiet, preferring not to let anyone know. Over 55s (40%) were the most likely not to tell anyone, compared to 18% of 25-34 year olds, highlighting that millennials are more open to discussions about their emotional wellbeing.

Laura Little concluded: “Mental ill health can have a profound effect on an employee’s ability to do their job. It can affect motivation, performance and relationships at work. The impact can be lessened by taking preventive measures to mitigate the risk of triggering such feelings and by putting support systems into place such as team meetings or one-to-ones.

“Setting an example from the top gives a clear message that mental health is an integral part of everyone’s wellbeing. We often take physical illness symptoms seriously so it is great to see mental ill health being treated equally, however if employees continue to keep quiet about their worries we will find ourselves in a vicious cycle. Therefore, action is needed to spread the supportive message, to ensure everyone is on the same page when it comes to stress.”