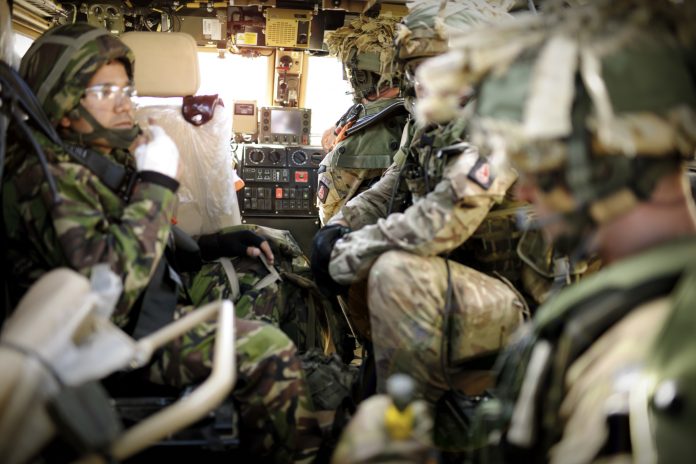 Ray Lock, CBE and Chief Executive of Forces in Mind Trust (FiMT) discusses how the present delivery systems for the transition of ex-Service personnel and their families into civilian life could be improved

In these days of Game of Westminster Thrones, it’s hard not to greet every announcement with a degree of cynicism. So whilst the new Defence Secretary’s recent promise of more support to the Armed Forces Community is, of course, welcome (‘Veteran-led support to be at the heart of mental health services’, Open Access Government 13th May 2019), in truth, some of it is no more than just recycling announcements on previous commitments. And, once again, the headline speaks of how much (newish) money is being committed.

But the answer to issues facing those who support the Armed Forces Community is not just extra spending, welcome though that always is in these days of challenging fundraising. In our work to influence policies and hence improve the transition of ex-Service personnel and their families into civilian life, we’ve identified three common themes, each of which contain elements that can prevent better delivery: Evidence, collaboration and information.

Too many organizations’ service delivery models aren’t developed from an evidence base.  Our research in the revealing ’Focus On’ series (conducted by sector leaders Directory of Social Change) found that less than half of health-based military charities measure their impact. How can those of us who fund, such as foundations, individual donors or the public sector, know where to invest limited resources most effectively? Credit to some though.  Complex mental health services provider Combat Stress used our funding to trial an innovative approach to teletherapy, now being adopted. And we’re working with volunteering charity TimeBank to develop access to mentoring for remote and hard-to-reach veterans. There ought to be a great appetite for others to follow.

As with so much about the Armed Forces Community, data is missing, anecdotal or contested. It’s a fallacy that it’s necessary to know where veterans are (who cares where I live?) so incorporating ‘have you ever served?’ into the next Census question is but part of the answer. What is essential, is to know where the veterans with unmet needs live. The hard to reach are, by definition, just that.

The effect of this lack of evidence is that the public bases its opinion of veterans in large part on the news media (usually bad), or dramas such as Bodyguard (PTSD sufferer, of course). Perversely, the recent mental health awareness week was great in overcoming stigma, but it also reinforced public misperceptions of veterans as somehow suffering differently to the general population; the data suggests otherwise. The prevalence of Common Mental Health Disorders in veterans is slightly less than in most of the equivalent population for example. This creates a sense of ex-Service people being a ‘drain not a radiator’, when in fact veterans contribute fabulously to industry, the public and social sectors, and indeed to every aspect of our society.

It’s easy to conflate collaboration with organizational changes. Some collaboration is relatively easy (shared back-office functions) and some considerably harder (sharing front-line delivery or fundraising, or even Board-level strategies). And what of cross-sector collaboration? Good Local Authorities work closely with charities and others to support the Armed Forces Covenant, and good Local Authorities appoint champions. We identified in ‘Our Community Our Covenant’ the importance of LA champions, but are they sufficiently appreciated to survive another difficult round of taut funding?

Greater collaboration between public sector front-line staff and those who understand the unique differences of veterans was highlighted by Glyndwr University as key to veterans accessing services effectively. Likewise, Salford University has presented clear evidence that DWP Job Centre Plus champions are essential to creating a veteran-friendly benefits system – this is so important while Universal Credit and the introduction of the associated sanctions creates the potential for disadvantage.

Information is the most common factor in understanding how to improve veterans’ and their families’ lives after service. Our research has highlighted time and again that Service leavers are under-prepared and under-informed. The Veterans Gateway Service is a step forward, and we hope that Government chooses to fund it sustainably rather than rely on the third sector, but again resources aren’t the be all and end all.

Our work with the Behavioral Insights Team shows how families can become engaged in the transition process, something that currently happens sporadically, but it takes creativity to overcome supposed data sharing limitations and can only be achieved with a clear determination by central government.

Government can do better in providing information itself – the new transition policy and Veterans Strategy to which Penny Mordaunt refers will help, but imagination is required to make essential information accessible. For example, Commonwealth soldiers joining the British Army need to know (and be guided throughout their service) about Home Office processes and their financial implications. And every Service leaver needs to know how to navigate the complexities of a civilian world they’re about to re-enter after perhaps years of being separated from it. Being told once, a long time ago in a distant land, isn’t the same as understanding.

As a military charity, we understand that Governments at all levels can only do so much, and the determined work of officials often delivers far greater positive impact than frankly, their political masters could reasonably expect. But let’s look beyond the tired old answers of ‘more money for this’ and ‘greater resources for that’, and be bold, innovative and collaborative. That’s how to support the Armed Forces Community in a way that our nation expects.

Air Vice-Marshal Ray Lock CBE is Chief Executive of Forces in Mind Trust, whose aim is to ensure that policy makers who affect the Armed Forces Community are influenced to make decisions based on independent and credible evidence.