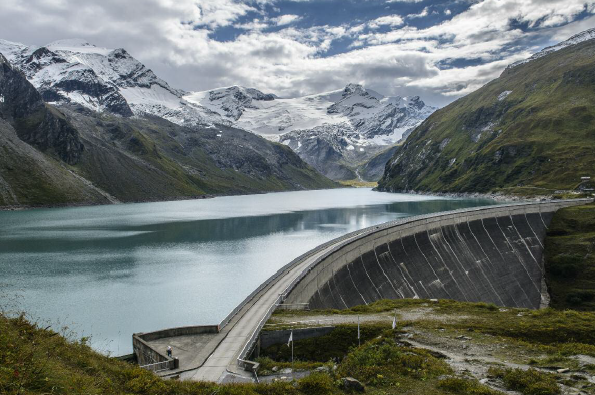 Christian Naczinsky from the Austrian Ministry of Education, Science and Research explores the country’s role in the European Research Area

Once upon a time, Austria was a country at the Iron Curtain. Caught between the East and the West, some called Austria an ”Island of the Blessed” and an object of geopolitics rather than an active and mature policy-maker. In research politics, those times also were a period for catching up and slowly adapting. Austrian R&D expenditure was notoriously low, the value of science for society was hardly recognised; universities were inward-looking institutions, driven by in-breeding, with only a few pockets of excellence in between.

Austria’s accession to the European Union in 1995 changed the rules of the game in Austrian science and research for good. I still remember the early days of our EU membership very well. For quite some time, those who had been important players in the past continued to argue that accession to the EU made no difference to the Austrian innovation system. They thought of the EU in terms of a Framework Programme for Research that provided roughly €3 billion of research funding per year. The Framework Programmewas regarded as a niche for a small circle of specialists who made the effort of collaborating with partners from the other Member States. 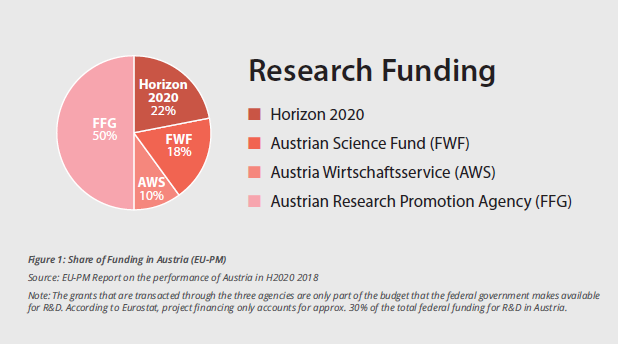 All this has changed profoundly in the meantime. Today, the Framework Programme constitutes one of the biggest sources of funding for research projects in Austria, second only to funding by the Austrian Research Promotion Agency (FFG).

The overall relevance of European funding in the Austrian innovation system is limited. Only about 22% of the total amount of research funding in Austria stems from the European Union. This fact is linked to the steep increase in public and private R&D expenditure in Austria over the last 20 years.

However, for Austrian R&D players, the European Framework Programmes today provides much more than just financial resources. With its relatively small, yet open innovation system, Austria benefits from a competitive knowledge market 50 times larger than its home base. On a broad range of topics, from IT to energy to health or social sciences and humanities, the Framework Programmes invite Austrian researchers to collaborate and compete with their peers across the Union. Over time, new networks of transnational research and innovation teams have emerged out of such collaborations, built on trust and mutual respect and bearing fruit as new scientific or technological developments that none of these teams would have been able to create in isolation. Under the current Horizon 2020 programme, Austria participates in 1,523 projects and in some areas, such as information and communication technologies (ICT) or transport (TPT), Austrian research teams are among the central nodes of European networks.

For many years, the road to success at European level was paved with national reforms. The Austrian Science Fund had been a beacon of fostering excellence over decades, long before the EU created a corresponding institution in the European Research Council. The University Act 2002 put Austrian universities in a position of growing autonomy and self-governance. Ever since, universities have been striving to develop their own specific mix of disciplines, scholars, curricula, third mission activities and transnational cooperation. The European dimension is not equally important for every university. Nonetheless, each university reflects on the potential of European collaboration for its staff and for the strategic objectives of its institution.

Another milestone of reform in the Austrian science system was the creation of the Institute of Science and Technology Austria (IST Austria) in 2009. A high level of scientific freedom combined with rigorous competition for the best and brightest minds turned IST Austria into the most successful Austrian institution in winning ERC grants (21 ERC grantees in Horizon 2020).

In addition to all this, Austrian research institutions benefit from the development of a European Research Area (ERA), which means a step-by-step approach towards an internal market of knowledge where researchers, knowledge and technologies can move without barriers within the European Union. The creation of ERA requires a constant reality-check on how attractive one’s own institution is compared to its competitors in other parts of Europe. Attractiveness leads to high-quality recruitment, excellence in teaching and research and greater visibility, not least also in key metrics that measure the relevance of research institutions.

Currently, Europe is focussing on the ERA reform agenda
on the following priority areas:

3. ERA Priority 2(b): Make optimal use of public investments
in research infrastructures;

6. ERA Priority 5: Optimal circulation and transfer of scientific
knowledge and;

Austria is an active partner in Europe when it comes to ERA. Every university translates the ERA reforms into tailor-made activities within its own institution; these activities are part of the Performance Agreements between each individual university and the Ministry of Education, Science and Research. For the ministry, ERA and the European Research Framework Programmes are corresponding and mutually reinforcing dimensions of European research and innovation policy. Funding in itself is not enough in the long run if we intend to make Austria one of the innovation leader countries in Europe. The secret lies in a smart combination of developing institutions and governance systems, while at the same time encouraging researchers and research teams to compete with the best in
Europe and in the world. With regard to the latter, the European and International Programmes (EIP) division of the Austrian Research Promotion Agency (FFG) plays a key role: It provides support to all players from the fields of science and business with regard to their participation in EU RTI programmes.

When Horizon 2020 started, Austria set itself the ambitious goal of winning European competitions worth €1.5 billion by 2020. Austrian participants have excelled so far, achieving the third-highest success rate of all Member States and winning nearly €1 billion up to now. Once upon a time, nobody would have been able to predict the path of success that Austria has followed since it became a member of the European Union. May this path lead us further into the group of innovation leaders in Europe.