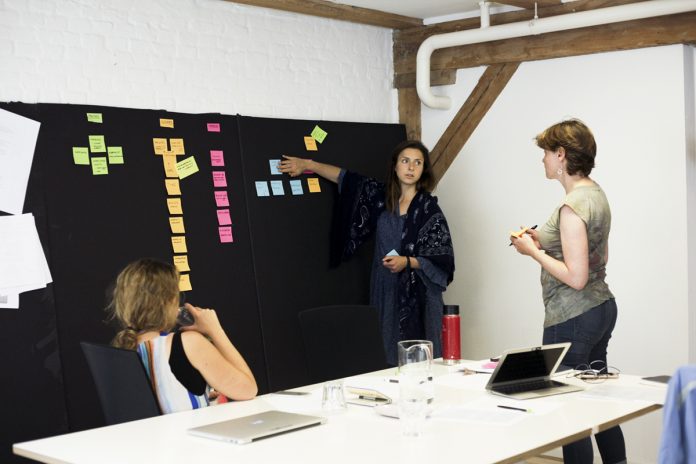 Irina Shklovski, Associate Professor at the IT University of Copenhagen, explains the ethical challenges of connected technologies in today’s world and how the VIRT-EU project helps to move us towards a better digital future

Connected devices are entering our homes, our lives and ever more intimate spaces, collecting data about incredibly private moments and we are asked to trust these opaque systems with the data they collect. Their usefulness is sometimes questionable and sometimes undeniable, but the crucial question is: Who is responsible for the behaviour of these devices? Google’s infamous “Don’t be evil” motto seems to give a simple answer to this question – if technology developers are not working with explicitly evil intent then everything should be alright.

Yet today’s realities caution against such unbridled optimism. The VIRT-EU project addresses this problem by creating tools that can help technology developers to bring ethics into their conversations and decision-making.

Technology developers face systemic challenges of balancing personal data management with mounting privacy concerns in an increasingly complex regulatory environment especially in the area of the Internet of Things (IoT). Connected technologies render problems of data sharing and responsibility more acute as features and risks are ‘designed into’ devices and services that are entering our lives and homes in ever more intimate ways. There is no playbook, no rules of conduct and IoT developers are essentially charged with making moral choices about how the technologies, some of which have become indispensable to our lives, ought to behave.

Many developers are concerned about the tools and services they are building but have little practice or training for dealing with ethical questions they encounter in the process. Worse, where ethical issues become visible, it can be difficult to explain the problematic nature of particular design requirements or client requests and to push against demands for more invasive features and capabilities. The VIRT-EU project steps into this gap arguing that if we want a better digital future, we best consider how to help the people that are building it for us.

VIRT-EU sets the groundwork for a more ethical European ICT innovation environment by employing state-of-the-art multidisciplinary empirical research in combination with legal scholarship and design research. We aim to develop a VIRT-EU toolbox rooted in a practical approach to ethics through a blending of key ethical approaches, design methods and broad stakeholder engagement to identify how to connect such tools to everyday practices of developers and innovators as they are building new technologies.

What do we mean by ethics?

In general terms, ethics concern the frameworks and principles that define and shape our ability to lead a life in accordance with our values and to act according to our rights, obligations and responsibilities. Ethical frameworks have a similar role in technology, guiding decision-making in the process of design and development. It is not always about what decision has been made but how it has come to be made.

Ethical reasoning requires reflection, discussion, deliberation. It might slow the process down – we might not always be able to “move fast and break things” but perhaps that is exactly what we need – to slow down and think things through. VIRT-EU conceptualises ethics as values in action taken in contexts – within power relationships and constraints. For us, ethics is a process that must include the acknowledgement of responsibilities for power. After all, technology design is a position of power to shape the way we think, the way we live and, ultimately, our future.

We studied how developers, small enterprises and individual designers in the IoT field discuss and share knowledge, how ideas and ethical values develop and travel. From this, we noted that there was a proliferation of statements, calls and manifestos for better, more ethical and more responsible technologies, which speaks to a broadly shared concern about how technological decisions might play out in the long run. Despite sincerity and passion, these documents demonstrated a stark failure of imagination in proposing significant alternatives or solutions (Fritsch, Shklovski, & Douglas-Jones, 2018). Across the diversity of start-ups and small companies that we studied, we found that some developers postpone ethical decision-making, while others take it to be their responsibility to face them.

Building a start-up is not an easy undertaking. Founders are under enormous pressure in a world full of uncertainties and unknowns. There is little wiggle room for ideals and principles when the needed trade-offs concern the basic survival of the fledgling businesses which are pushed by their investors to deliver products. VIRT-EU has developed tools to map, consider and deliberate decisions in a structured and supported manner. We aim to support the kinds of arguments developers may need to marshal as they debate the ethical dilemmas they will inevitably encounter.

Policy efforts such as the General Data Protection Regulation (GDPR) aim to protect the fundamental rights of European citizens with respect to data processing, making explicit high-level European ethical considerations. Yet, our research shows that without interventions that are relevant and appropriate to the social milieu of technology developers (Ustek-Spilda, Powell and Nemorin, forthcoming) – including impact assessments – such legal provisions risk becoming tick-box exercises. VIRT-EU addresses this problem in the following way.

First, we have produced a tool that goes hand in hand with the GDPR providing a means for a different kind of impact assessment – not only concerned with privacy but also with social and ethical impacts. The Privacy, Ethical and Social Impact Assessment (PESIA) fits in with the assessments already familiar to both developers and regulators and mandated by the GDPR, but goes beyond compliance by providing a means for broader reflection.

Second, we created a suite of stand-alone tools to support ongoing deliberation and decision-making throughout technology development, necessary in a field characterised by rapid change. These include immersive explorations of value conflicts, ethical mapping of values, conflicts and compromises that emerge and evolve over time, methods for identifying mismatches between values and material choices in development processes.

These tools are conceptualised on a foundation of our practical theory of ethics, which integrates three different yet complementary ethical traditions and provides an accessible language for those unfamiliar with social and moral philosophy. This suite of tools will be available at the end of the project for open access download from the project website maintained by the Open Rights Group.

Fritsch, Ester, Shklovski, Irina and Douglas-Jones, Rachel (2018) Calling for a revolution: An analysis of IoT manifestos. Proceedings of the 2018 ACM Conference on Human Factors in Computing (Montreal, Canada). ACM.

Ustek Spilda, Funda, Powell, Alison and Nemorin, Selena (in press) Engaging with ethics in Internet of Things: Imaginaries in the social milieu of technology developers. Big Data and Society. ISSN 2053-9517.