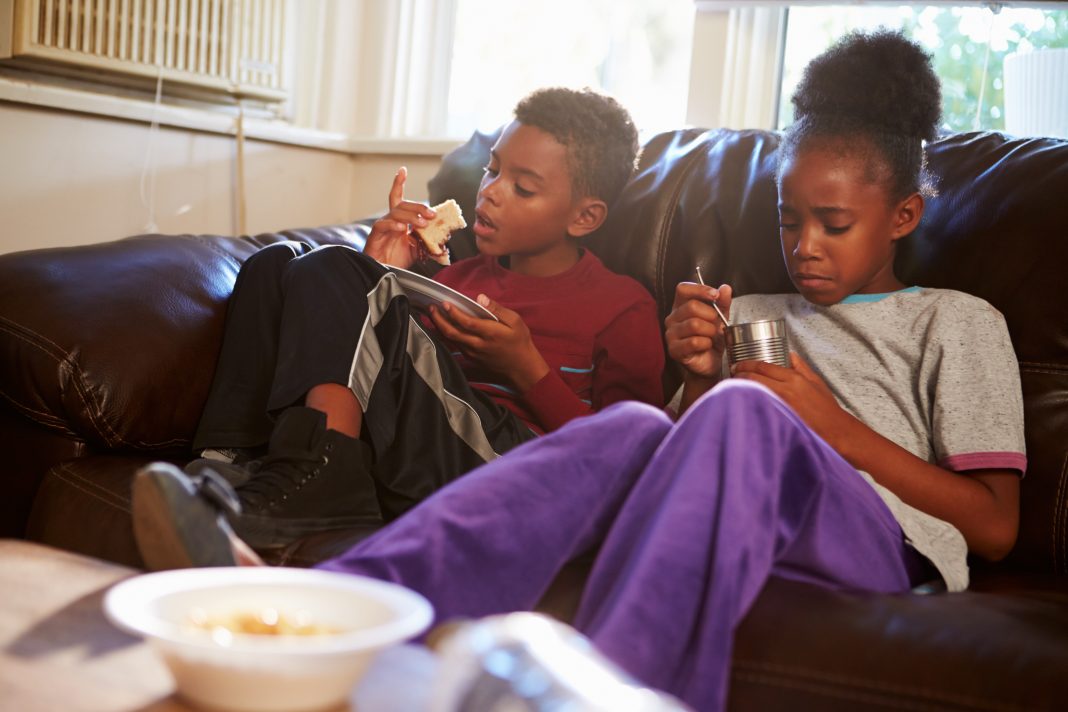 According to a study, children who eat more nutritional diets, with more fruit and vegetables, have better mental health and wellbeing

Nutrition has a large influence on health and is intricately involved in development and normal functioning of the body, thus it has the potential to affect both physical health and mental well-being.

Well-being, defined as ‘the state of being or doing well in life’ can have major consequences for health and social outcomes, and can have a direct relationship to what we consume and eat.

The study, led by UEA Health and Social Care Partners in collaboration with Norfolk County Council, is the first to investigate the association between fruit and vegetable intakes, breakfast and lunch choices, and mental wellbeing in school children across the UK.

The research team analysed the association between nutritional factors and mental wellbeing and considered other factors that might have an impact, such as childhood experiences and their home situations.

The research found that the children who consumed five or more portions of fruit and veg a day had the highest scores for mental wellbeing. It highlights how diets with more fruit and veg are linked with better wellbeing among secondary school pupils in particular.

The research team analysed data from up to 9,000 children across 50 schools in Norfolk – 7,570 secondary and 1,253 primary school children – taken from the Norfolk children and Young People’s Health and wellbeing Survey.

This survey, commissioned by the Public Health department of Norfolk County Council and the Norfolk Safeguarding Children Board, was open to all Norfolk schools in 2017.

The children involved in the study were asked to self-report their dietary choices, taking part in age-appropriate tests of mental wellbeing covering topics of cheerfulness, relaxation, and having good interpersonal relationships and friendships.

It was noted that public health strategies and school policies should ensure that healthy nutrition is available to all children before and during school, to improve children’s mental wellbeing.

The difference in mental well-being between children who consumed the most fruits and vegetables compared with the lowest was of a similar scale to those children experiencing daily, or almost daily, arguing or violence at home.

The links found between nutrition and mental well-being in the study advocate for the investigation and implementation of improved nutritional strategies.

Lead researcher Prof Ailsa Welch from UEA’s Norwich Medical School said: “In terms of nutrition, we found that only around a quarter of secondary-school children and 28 per cent of primary-school children reported eating the recommended five-a-day fruits and vegetables. And just under one in ten children were not eating any fruits or vegetables.

Previous research has shown that a diet containing high levels of saturated fat, refined carbohydrates, and processed food products – which indicate poor nutritional value – can be associated with worse mental health in children, while higher well-being is reported by adults with greater fruit and vegetable intake.

Prof Welch added: “We know that poor mental wellbeing is a major issue for young people and is likely to have long-term negative consequences.

“The pressures of social media and modern school culture have been touted as potential reasons for a rising prevalence of low mental wellbeing in children and young people.

“And there is a growing recognition of the importance of mental health and wellbeing in early life — not least because adolescent mental health problems often persist into adulthood, leading to poorer life outcomes and achievement.

“While the links between nutrition and physical health are well understood, until now, not much has been known about whether nutrition plays a part in children’s emotional wellbeing. So, we set out to investigate the association between dietary choices and mental wellbeing among schoolchildren.”

“Maintaining the mental well-being of children is paramount”

Dr Richard Hayhoe, also from UEA’s Norwich Medical School, said: “We found that eating well was associated with better mental wellbeing in children. And that among secondary school children in particular, there was a really strong link between eating a nutritious diet, packed with fruit and vegetables, and having better mental wellbeing.

“We also found that the types of breakfast and lunch eaten by both primary and secondary school pupils were also significantly associated with wellbeing.

“Children who ate a traditional breakfast experienced better wellbeing than those who only had a snack or drink. But secondary school children who drank energy drinks for breakfast had particularly low mental wellbeing scores, even lower than for those children consuming no breakfast at all.

“According to our data, in a class of 30 secondary school pupils, around 21 will have consumed a conventional-type breakfast, and at least four will have had nothing to eat or drink before starting classes in the morning.

“Similarly, at least three pupils will go into afternoon classes without eating any lunch. This is of concern, and likely to affect not only academic performance at school but also physical growth and development. Another interesting thing that we found was that nutrition had as much or more of an impact on wellbeing as factors such as witnessing regular arguing or violence at home.”

Another previous study found that gut health, and the bacteria in the gut, can have a direct effect on mental health, showing symptoms of anxiety and depression when the microbiota is disrupted by dysbiosis.

“Public health strategies and school policies should be developed to ensure that good quality nutrition is available to all children both before and during school in order to optimise mental wellbeing and empower children to fulfil their full potential.”