Neil Wright, on behalf of McGowan Transcriptions UK, discusses the benefits of bilingualism, specifically concerning how speaking more than one language can fight dementia

Bilingualism — the ability to speak two or more languages fluently — has lots of reported advantages starting in childhood. But there is growing evidence that bilingualism has advantages at the opposite end of our lifespans, too. Bilingualism may guard against cognitive decline and cognitive diseases, and especially Alzheimer’s, the most common type of dementia.

Alzheimer’s disease is associated with brain lesions, brain shrinkage, and the accumulation of specific proteins. And it is thought that living mentally stimulating lives (having complex jobs, hobbies, exercising more) help to reduce it. But recent studies suggest that merely being bilingual can guard against this type of dementia, too.

For example, a study of over 400 pensioners in Toronto, Canada, found that similar people, from similar backgrounds and with similar occupations, were less likely to develop Alzheimer’s symptoms if they spoke two or more languages. There was a delay in onset of four to five years and, considering the life expectancy in Canada, this amounted to about a 47% decrease in the probability they would develop any symptoms before they died. Even when the bilingual patients had slightly lower amounts of education, they were still more resistant to developing dementia.

Even when using brain-imaging methods to examine the extent of the damage, bilingual patients seemed to be better protected from symptoms than monolingual patients with the same amount of brain atrophy.

There is an old aphorism you may have heard: “use it or lose it”. When you exercise a body system, you tend to improve its function. That’s why people tend to deteriorate faster if they do not exercise. This is the reason why athletes and musicians practice, and why Alzheimer’s patients are encouraged to play games or to solve puzzles.

The bilingual brain is in a near-constant state of practice. Whereas an athlete can only train for part of the day, a bilingual person is essentially ‘exercising’ their brain every waking second. Consciously or unconsciously, a bilingual brain is having to decide, “Should I think, speak, or interpret sounds according to the arbitrary rules of language A, or B?”.

With these findings, we can imagine there to be even more benefits of speaking two or more languages (being multilingual) but more research is needed on this point.

Although bilingualism has massive advantages in delaying the symptoms (and often to the point beyond life expectancy, meaning lots of bilingual people do not suffer from dementia at all), there is a drawback.

For those who do develop symptoms, there is at least one study that suggests the rapid onset is much faster in bilinguals. This is because bilinguals are thought to have more “cognitive reserve”. A good analogy is to think of bilinguals as having more sandbags to guard against the rising tide of a bursting riverbank. The sandbags may be able to guard against rising water for longer, but eventually, they will fail and all the water will come rushing in at once.

The conversion time for bilinguals from mild cognitive impairment to Alzheimer’s disease averaged around 1.8 years after initial diagnosis, which is significantly faster than the 2.6 years it took for monolinguals to convert.

Armed with this knowledge then, the key is to stop dementia from occurring in the first place. Bilingualism in coordination with a stimulating lifestyle, are two of the most powerful preventatives against the disease.

Other benefits of bilingualism

From early childhood, right through life, bilingualism is thought to bestow many cognitive and neurological benefits — as the brain more efficiently processes information and staves off cognitive decline. According to the literature, bilinguals appear to be able to solve problems quicker than monolinguals, and bilingualism may even raise IQ levels in children.

There are also social benefits of being bilingual, as bilinguals are free to explore a culture through its native tongue, or to talk to people in other languages — something impossible to monolinguals.

It must be stressed, however, that these same advantages can be conferred on anyone who chooses to learn another language, no matter what stage they are in life.

Bilingualism has many advantages it seems, but for many people, the single most important benefit may be that it can fend off one of the most worrisome diseases known to science. But monolinguals needn’t worry too much, as it isn’t the only preventive. A stimulating life, with exercise, reading, and learning, will help just as much, or if not more than, simply being bilingual.

More on dementia: A look at Hong Kong

According to the Elderly Health Service, Department of Health, the Government of the Hong Kong Special Administrative Region, dementia concerns a decline in brain function as a result of neurological pathology. This disease impacts the comprehension, memory, learning capacity, language, calculation and judgement of a patient. Emotional, behavioural or sensory problems are also reported when it comes to dementia.

Stages of dementia include the early stage, in which the person becomes forgetful, especially regarding recent happenings and show difficulty in carrying out household tasks and can show mood changes like anxiety and depression. In the middle stage, they become more forgetful, especially when it comes to people’s name and recent events. They cannot live by themselves without much support. Late-stage, sadly means the person is unable to recognise their loved ones and may experience double incontinence, as well as behaviour changes like aggression towards a carer.

You can visit this link to find out about the ten warning signs of dementia plus advice on prevention and management of the disease. You can also view videos online about dementia, here,  including how the disease impacts a person’s awareness of their environment and how assistive devices, like a labelled medication box, can serve as a useful reminder.

The above fact box was compiled by the Editor of Open Access Government. 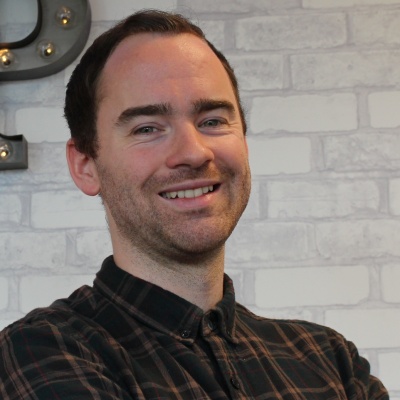