Blockchain technology was perceived by many as a global revolution in many areas, as well as a tool used by drug dealers and smugglers

In reality, Blockchain is a fascinating invention that can change the world.

Imagine blockchain as a distributed book, which is located simultaneously on all devices connected to its network. Whenever the data register is changed, the information is updated on each of these devices. This network method of tracking information has supported the growth of decentralized digital currencies such as Bitcoin and Ethereum.

But the blockchain has many potential applications in other areas that have already begun to shape certain consumer expectations, a market entry strategy, and data collection. Moving forward, the revolution that blockchain technology has begun will force large companies to position themselves differently in the modern world, where decentralization and transparency will become important components.

Consumer expectations are already changing as a result of the release of tools such as HybridBlock, which provide users with information about blockchain and cryptocurrency. The HybridBlock suite of products is able to train newcomers in this field and provide them with all the tools for career advancement in order to become more qualified and savvy.

As consumers and companies learn more about blockchain opportunities, they will begin to choose products and services that are decentralized. For example, the launch of the OPEN Platform project in Silicon Valley provides a turnkey solution for the integration of block networks between on-chain and off-site applications. This means that developers, marketers, and companies will be able to create marketing tools and applications with minimal knowledge of how a blockchain is organized.

OPEN CEO Ken Sangha said that they understand what the next wave of marketing applications could be and that CMO (Chief Marketing Specialists) will focus on blockchain technology and cryptocurrency. He noted that blockchain technology is designed to securely and transparently exchange data between a large group of people without the need for centralized oversight to ensure data security.

Through the use of the blockchain, customers will be able to control how the campaign processes certain data, or to track the origin of a particular item. Blockchain provides consumers with the platform they need to make centralized institutions more open and accountable to society.

According to the report of CB Insights, the second most common reason for the failure of startups is that their creators simply “run out of cash”. At the same time, they are in dire need of funds to promote marketing campaigns. But now, they can use the new way of financing their ideas.

Thanks to the introduction of blockchain technology and cryptocurrency, start-up developers now have access to capital through tools that have not existed just a few years ago. As an example, it’s enough to take TrustToken, a technology that allows people all over the world to buy a stake in real estate or small businesses.

Each asset or business can acquire its own token, which will be traded on any cryptocurrency exchanges such as Ethereum or Bitcoin. TrustToken technology can help with auditing asset ownership and control of each transaction, resulting in a blockchain strength that will improve traditional markets around the world.

Evaluation of customer attitudes on demand

Leading global technology companies are investing billions of dollars in the development of artificial intelligence (AI). Amazon founder Jeff Bezos recently announced that his company is going to double its work in the field of AI-based technologies, which will revolutionize the interaction of consumers with manufacturers.

But small businesses are at a disadvantage when it comes to developing technologies based on AI. While large companies own a huge amount of data with which they can combine machine learning algorithms, small organizations cannot boast of it.

With a blockchain, consumers and companies will be able to buy and sell data through decentralized, but very transparent markets. Synapse is one such platform that allows consumers to sell their data in exchange for SYN tokens, and customers to track individual users. On a broader scale, this can help create a dynamic AI ecosystem that can become smarter and more efficient over time. Ultimately, this will lead to a completely new AI-based economy.

Iris is another blockchain-based platform designed to allow consumers to sell their data (in this case, health data). At the same time, it allows researchers and corporations to access large databases on demand. With proper stimulation, this platform can serve as evidence that consumer data can be shared on mutually beneficial terms.

Another company in this area is ClearPoll, which uses blockchain technology to safely record respondent choices. It also allows organizations to test different ways to stimulate customers and obtain client opinions. Respondents get rewarded for their participation in the survey, which makes it easier for manufacturers to assess customer opinion when using POLL tokens. ClearPoll also offers detailed survey data from a database of several thousand different polls.

Adaptation of brands to the successful use of blockchain

The blockchain revolution will gradually expand. Just as it changed the situation in the field of content and commerce, it will be able to change the customers’ expectations regarding the producers over the next few years.

While today, it may seem like a relic of libertarians and technicians, powerful and secure technology is becoming increasingly popular. As a result, manufacturers who adopt the principles of revolutionary technology will win in the struggle for potential customers who are interested in supporting innovative companies.

Large companies already go hand in hand with blockchain and look to the future. For example, Burger King released its own blockchain-based cryptocurrency, and IBM is helping Chinese retailers improve product security.

If you think that you need to think only about technologies such as augmented reality and machine learning, you might miss out on the opportunities that blockchain offers.

Blockchain is already here and it is not going anywhere. This means that marketers have new perspectives and opportunities for communicating with consumers, raising capital and collecting data.

But, above all, this means that marketing leaders must embrace all of these innovations since decentralization and transparency are becoming the norm in modern society. 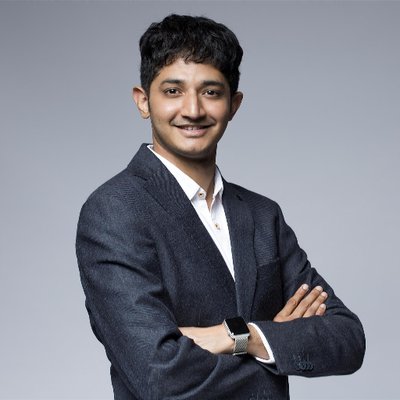