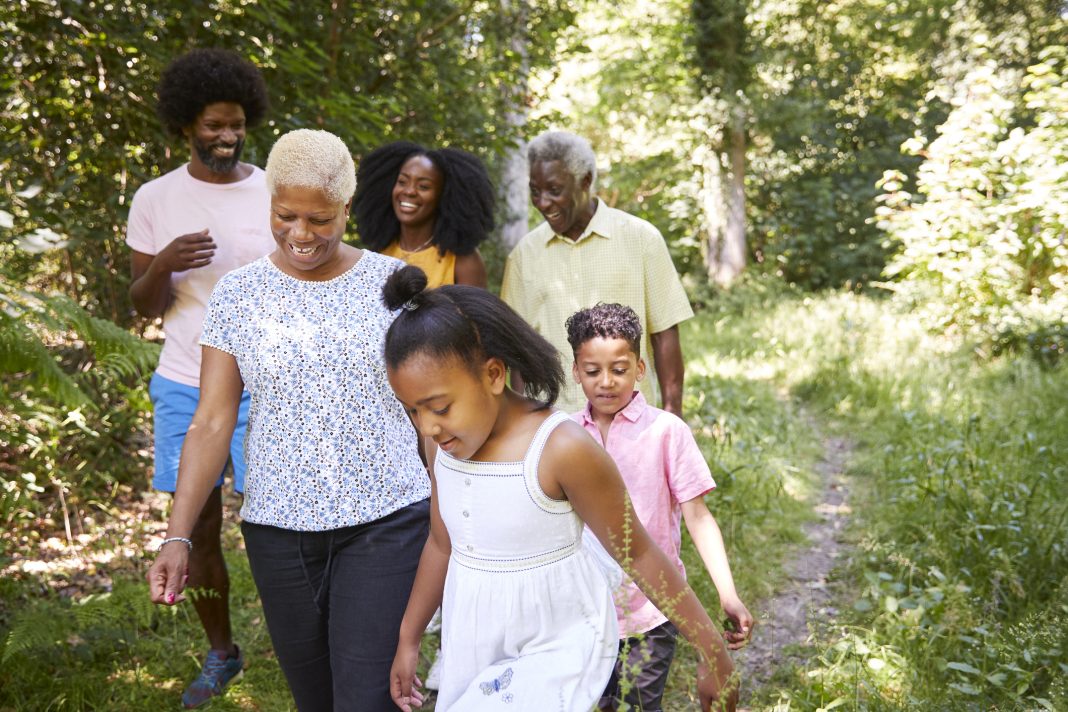 While body image can be a challenging ordeal for many teenagers, a new study finds that Black adolescents have stronger, more positive images about their body shape and size when they are more connected to their racial identity.

Researching body mass indexes (BMI) of Black youth between the ages of 11 and 19, those with high BMI’s and who reported a strong sense of racial identity also reported fewer weight concerns – this applied for both girls and boys.

Previous research suggests that concerns about weight often emerge during adolescence – affecting around 78% of adolescent girls and 60% of adolescent boys. These concerns have often led to poorer mental and physical health, such as low self-esteem, depressive symptoms and eating disorders.

Therefore, this study suggests that putting this data together, researchers can highlight prevention and intervention strategies designed to address weight concerns amongst teenagers.

Racial orientations, such as cultural values and racial identity, often adapt societal beauty ideals, so the researchers explored these factors in consideration to Black adolescents.

As well as their outlooks on their weight with statements, researchers measured adolescents’ BMIs and asked them about their weight concerns, such as: “How afraid are you of gaining three pounds?”

Anna Hochgraf, graduate student in the department of Human Development and Family Studies at Penn State, said: “Compared to individuals from other racial groups in the U.S., some evidence suggests that Black girls and women have an ideal of beauty that features curvy body shapes and larger body sizes.

“For Black youth with overweight, racial identity may be protective against weight concerns because it promotes appreciation of larger body size and corresponding pride in appearance.”

Adenique Lisse, research assistant at the Child Mind Institute, said: “Services that incorporate strategies for strengthening youth racial identity and promoting parents’ racial socialization may be beneficial for Black youth. Additionally, our findings about racial socialization suggest the importance of involving fathers of daughters as much as possible.”

Hochgraf said: “The term ‘weight concerns’ is used by researchers to refer to worries about body shape and weight, perceptions of having overweight, overemphasis of the importance of body weight and shape, and dieting behaviours.

“Weight concerns are not healthy – they can lead to eating disorders and other psychological and physical health problems.”

Lisse added: “Parents encouraging their children to embrace their culture and promote their pride in being Black may help them become resilient against majority culture messages about the ‘thin ideal’ of beauty.

“Such parenting may also protect heavier Black youth from developing unhealthy feelings about weight. Plus, racial socialization may help form Black youths’ body images and foster appreciation of body sizes that do not conform to the ‘thin ideal’.”

The researchers recruited 132 two-parent families who self-identified as Black or African American. The participants – including mothers, fathers, and youth – were interviewed at the beginning of the study and again a year later.

The study asked the participating parents about how often they engaged in cultural socialisation with their child, having them answer statements like: “I’ve read or provided Black history books to my child.”

An interesting aspect from researching the participants was that the more fathers were involved in teaching their daughters about Black culture, the less likely their daughters were to report harmful weight concerns.

Hochgraf concluded: “Mothers’ racial socialisation may promote development of strong racial identity earlier in adolescence, setting the stage for the protective effects of youth racial identity that we observed in mid-adolescence.

“There is, however, mounting evidence that girls’ interactions and relationships with their fathers during adolescence have distinct implications for their weight concerns.”

“The field may have overlooked sociocultural risk and protective factors of relevance to youth of colour that may help explain why some of these youth develop weight concerns and others do not.

“It’s important to consider the distinct strengths and competencies of youth and families of colour, and study how these may shape youths’ psychological development and adjustment.”