Thomas Lahnthaler, CEO of The Crisis Compass, explains how COVID-19 is truly a test for democracies in this insightful piece of political analysis

What if a fair and unrigged referendum in a democracy resulted in 51% of the population choosing to change the system to a dictatorship?

This political dilemma is regularly debated in the context of democracy, the predominant political system in the so-called Western world. A model that is based on inclusion of the people and participation in political dialogue through elections and other means of inclusiveness, though democratic systems are fundamentally different in their structures, how democracy is interpreted, and their level of real participation. There are countries like the U.S. with a high degree of self-declaration as guardians of democracy while having a rather non-democratic election system, where de-facto an elite elects the President. Then there’s Switzerland, where many decisions are taken via referendum, but the country is a relatively conservative and closed society. Regardless of the form of democracy, autocratic systems were considered the natural threat to democratic values.

However, even in democratic practice, decisions are generally always taken by the few for the many and effective crisis management is also rarely inclusive and considerate of different opinions. Nevertheless, the first half of 2020 revealed with brutal honesty and little mercy that all it takes to threaten the idea of democracy is a global crisis like COVID-19 where democratic governments were forced to act against the democratic idea and take hierarchical decisions.

For many democratic systems, handling COVID-19 presented a challenge because none of them were aptly ready for a situation of these dimensions. It meant that normal structures and the participation in the political sphere had to be limited and restrictions put in place. Governments were consequently forced to communicate these in a way that would not undermine the trust of the population, while not knowing enough about the actual threat posed by the virus or the consequences their decisions would have in the short and long run. The response and level of resistance to the restrictions presented a clear indication of the level of trust in leadership and the stability of the democratic system. The COVID-19 situation is the political dilemma above in practice. Political systems and populations have been forced to temporarily grant their leadership more executive power to handle the crisis most effectively. However, the key here was to separate the political agenda from the crisis response. Countries where political elites and the population accepted this unspoken agreement handled the response to COVID-19 quite effectively. The likelihood of the population to accept the new and irreversible normal was higher where this separation was clearly seen as they did not get engaged in political dialogue and the focus was on collectively working through the crisis. Others, where crisis management was a topic of political competition, struggled with the response because the focus was on political survival and not on dealing with the critical situation. This spilt over to the population, who participated in the power struggle, natural to the democratic idea of political participation. These countries are now faced with a strong divide because the focus was not where it would have been most effective, dealing with the crisis.

However, the situation also created a space for innovation. A crisis is a turning point of a story, a game-changer. Crises have many definitions, but generally, they are situations in which decision-making, adaptation, focus and an innovative way of thinking are necessary. On the other side of every challenge lies an opportunity. People have survived many and worse crises in the past because humanity can adjust and reinvent itself. When implementing restrictions due to COVID-19, governments also created opportunities and an environment that required innovation. It allowed for and forced people to think differently, to face challenges they had not considered earlier and to test their own resilience and creative potential. Thus, the political leadership through their involuntary decisions created a space for change, a change that is and will be driven by the people. It is unseen cooperation between governments and society, which might not be visible at this stage, but will, however, significantly shape the future. Regardless of the situation, political systems provide room for the population’s engagement and participation because ultimately a country is built upon its people. Crises are tests for systems and the cooperation between them and the actors in it – COVID-19 presented a global challenge with many opportunities for growth and learning because it is innovation what lies on the other side of the crisis. 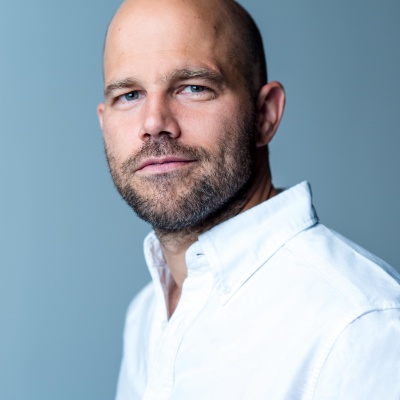