Rachel White, Head of Public Affairs, Sustrans shares her views on how the Cycle to Work Scheme is promoting health for people and our environment

The Cycle to Work Scheme was introduced in 1999 with the aim of improving air quality and promoting healthier journeys to work. It is a salary sacrifice scheme in which employees can usually save between 32%-42% on the cost of cycle and associated accessories, such as a helmet or mudguard.

Employees ‘hire’ the cycle for a year, paying the cost of the cycle back over twelve monthly instalments. At the end of the year, you can choose to own the bike immediately or continue to hire it for an additional three years at no extra cost but with additional savings, by paying a refundable 3-7% deposit of the money you spent on the cycle and accessories. It doesn’t matter if you change employer in this period – the cycle comes with you.

Making cycling more accessible for everyone

The best bit is that the government has just made the scheme better and more accessible to more people by clarifying guidance which makes it easier for employers to provide cycles and equipment to a value greater than £1,000 with a top value removed altogether. Having a top value of £1,000 was always problematic if the government is serious about encouraging more people to cycle to work instead of commuting by car and hitting their doubling cycling target by 2025.

Many disabled people find I easier to cycle than walk but an adapted cycle rarely costs under £1,000 – often is costs significantly more, meaning up until now, anyone requiring an adapted cycle could not use the scheme. E-bikes are also more expensive and are better for older or less fit people who want to start cycling. E-bikes prevent two of the big reasons people give for not cycling: ‘it’s too hilly’ or ‘I don’t want to get too sweaty as my work doesn’t have showers.’ The motors kick in to give you an extra hand up those hills preventing that extra perspiration.

It’s not a complete panacea. By its very nature, the scheme is only available to people who work, which cuts out a huge number of society who would benefit from owning a bike and is something the government should look at further.

A cycling and walking charity would say that it is vital to get more people cycling to work but the truth is that this has never been more important than it is now. For the first time, we are seeing life expectancy decreasing through inactive lifestyles and poor diet.

Physical inactivity is costing the NHS an estimated £1 billion every year. Sustrans’ Bike Life reports, surveyed 7,700 people across seven major cities in the UK. They showed that in 2017 across these UK cities, 123 million bike trips occurred. This contributed to savings to the NHS of £8 million annually, equivalent to the average salary of 343 nurses. With cycling to work physical activity is incorporated into your daily routine rather than forcing yourself down the gym each day which means you are far more likely to keep it up in the long term.

Glasgow University also found that regularly cycling the commute to work reduced your chances of cancer by 45% and your chances of getting heart disease by 46%. In addition, Sustrans has found that people who cycle regularly take half as many sick days than those that don’t which saves employers and the wider economy a huge amount of money in efficiency gains.

We also face a climate crisis and poor air quality of which motorised transport is a huge contributor so getting more people out of cars and cycling to work has untapped environmental benefits. For example, congestion cost the UK nearly £8 billion in 2018 from delayed productivity and costs to the environment. Cycling reduces congestion. A typical road-lane can carry seven times as many cycles per hour as cars. Less congestion means better air quality but it also helps out those who have no alternative but to drive. Therefore, the ‘Cycle to Work Scheme’ is a win for everyone whether you choose to use it or not.

But let’s make no mistake. Now is the time to use it and employers need to make it as appealing as possible by lifting the £1,000 cap and providing proper cycle facilities, such as safe bike storage and showers. We also need to make the wider environment safer and more appealing so that more people chose to cycle and for this, governments at all levels must invest in a protected network of cycling infrastructure that gets people from their doors to the office. 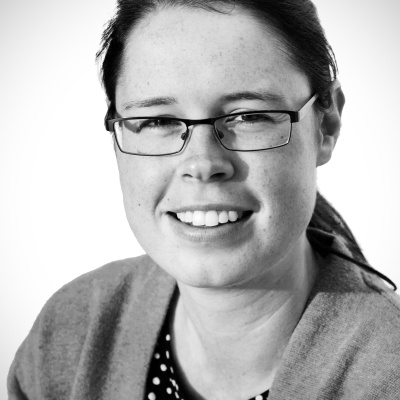 How can you protect yourself from catching Coronavirus?

COVID-19 research: How long does it take for symptoms to show?