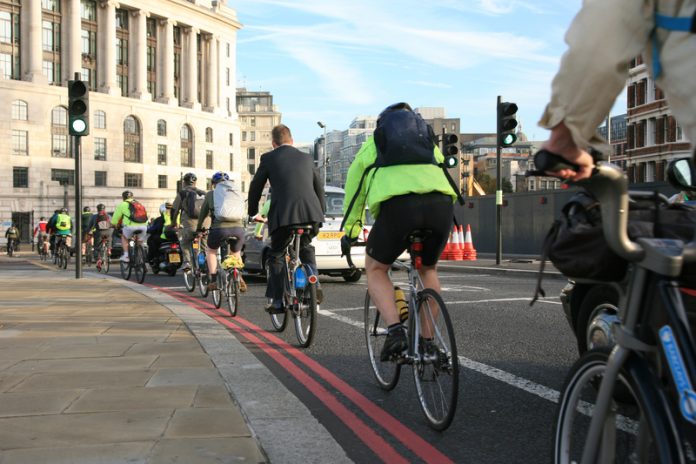 A £1.2 billion programme set out by the government aims to restore walking and cycling as the ‘go to’ method of transport for short journeys

The Cycling and Walking Investment Strategy unveiled by the government today is a five-year funding plan.

It aims to reduce urban congestion and pollution, encourage physical activity and ‘increase the proportion of 5 to 10 year-olds walking to school to 55% by 2025’.

The government has outlined that they are hoping to double cycle use while reducing cycling injuries over the 5 years.

It aims to reduce urban congestion and pollution, encourage physical activity and ‘increase the proportion of 5 to 10 year-olds walking to school to 55% by 2025’. The government has outlined that they hope to double cycle use while reducing cycling injuries over the 5 years.

The younger generation are the focus for the future

Children are a big focus for this programme with the hope that good habits created now, will catch on into adulthood. In addition to the funding outlined below, £1 million has been invested in ‘Living Streets’ outreach programmes to encourage children to walk to school.

The £1.2 billion is distributed as follows:

• £85 million to make improvements to 200 sections of roads for cyclists;

• £389.5 million for councils to invest in walking and cycling schemes;

• £476.4 million from local growth funding to support walking and cycling.

In addition, the government is investing an extra:

“We are making cycling and walking more accessible to everyone because of the substantial health and environmental benefits – it will also be a boost for businesses because a fitter and healthier workforce is more productive.

“We have already tripled spending on cycling since 2010 and we are now publishing a long-term investment plan because we are absolutely committed to increasing levels of cycling and walking.”

The full report can be viewed on the .gov.uk website