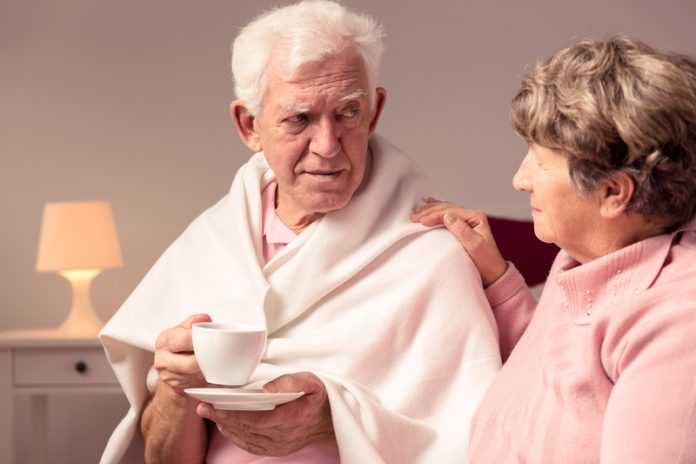 Alzheimer’s Society in the UK provides a fascinating glimpse into the most common types of dementia, all of which are progressive

The most common types of dementia – Alzheimer’s disease, vascular dementia, dementia with Lewy bodies and frontotemporal dementia – are all a progressive condition. The structure and chemistry of the brain become increasingly damaged over time and the person’s ability to remember, understand, reason and communicate will gradually decline. As dementia worsens, the person will need more support with daily living. Their behaviour and mood will also change.

Health professionals often use scales to measure these changes. They may assess a person’s mental ability, daily living skills (such as dressing or managing medication), behaviours, overall functioning or quality of life. Some of these scales were developed specifically for Alzheimer’s disease and work better for that than for other types of dementia.

Assessment of the extent of someone’s dementia should take account of these scales but should also take a broader view of the person, including their capabilities and needs. Looking at dementia as a series of three stages – early, middle and late – can be a useful way of understanding the changes that occur over time. However, it is important to realise that this view of dementia can only provide a rough guide to the course of the illness.

The way that a person experiences dementia will depend on many factors. These include their physical make-up, other illnesses they may have, emotional resilience, medication and the support they can rely on.

There is good evidence that, by the time most people develop any symptoms of dementia, the underlying disease has been causing damage to their brain for years. Researchers are very interested in this ‘pre-symptomatic’ period and have developed tests to look at the brain chemistry, function and structure now. It is likely that any medication designed to slow down or prevent the diseases that cause dementia would work in this early phase, before the disease is fully established.

Over time, the changes in the brain will begin to cause mild symptoms. Subtle problems such as memory, reasoning, planning or judgement may cause difficulties with more demanding tasks (such as preparing a meal) but they will not yet significantly affect daily life. A person at this stage may be given a diagnosis of mild cognitive impairment (MCI). About 10–15% of people with this diagnosis will go on to develop dementia each year.

The speed at which dementia worsens varies. There are differences between the different dementias – Alzheimer’s disease seems to have the slowest progression on average – but much of the variation is from person to person. A wide range of factors influence how quickly someone’s dementia will progress, including age – people who develop symptoms before 65 often have a faster progression.

Evidence also suggests that a person’s genes play a role, as does someone’s overall physical health. People with poorly controlled heart conditions or diabetes, those who have had several strokes or those who have repeated infections are all likely to have a faster deterioration. There is some evidence that keeping active and involved can help a person with dementia retain abilities for longer. Regular physical exercise seems to slow the rate of decline.

Some of these factors affect the underlying disease processes in the brain, while others do not but still help with dementia symptoms. People supporting someone with dementia should help them to stay active – physically, mentally and socially.

The person with dementia should also try to eat healthily, get enough sleep, take medications as advised and not smoke or drink too much alcohol. It is also important for the person to keep a careful eye on underlying health conditions. A sudden change in the person’s abilities or behaviour could indicate a physical or psychological health problem or an infection.

Alzheimer’s disease usually begins with very minor changes in the person’s abilities or behaviour. At the time, signs can often be mistakenly attributed to stress or bereavement or, in older people, to the normal process of ageing.

The loss of short-term memory is a common early symptom. The person will have difficulty recalling things that happened recently and with learning new information. Someone with Alzheimer’s may:

If you are caring for someone with Alzheimer’s disease, there’s a lot you can do in the early stages to help them maintain their independence. It may be tempting to do things for them, but they are more likely to retain their sense of self-worth and independence if they are given the chance to do things for themselves, with support if necessary. Focus on what the person can do, rather than what they cannot. Explore how things can be achieved in a different way.

The person may also become anxious, irritable or depressed. They may experience distress over their failure to manage tasks and may need some reassurance. If this is the case, talk to them and give them as much emotional support as you can.

As Alzheimer’s disease progresses, the changes become more marked. The person will need more support to help them manage their day-to-day life. They may need frequent reminders or help to eat, wash, dress and use the toilet. They are likely to become increasingly forgetful – particularly of names – and may sometimes repeat the same question or sentence. They may also fail to recognise people or confuse them with others.

Some people at this stage become very easily upset, angry or aggressive – perhaps because they are feeling frustrated or because they misinterpret what is happening – or they may lose their confidence and need a lot more support or reassurance.

Other symptoms may include: becoming confused about where they are, or walking off and becoming lost; muddling up time and getting up at night; behaving in ways that may seem unusual, such as going outside in their nightclothes; becoming very agitated or unknowingly behaving in socially inappropriate ways.

Changes in behaviour tend to be most common from the middle stage of dementia onwards – and are one of the most challenging aspects of dementia for carers.

At this stage, the person with Alzheimer’s will need even more help and will gradually become totally dependent on others for nursing care. Loss of memory may become very pronounced, with the person unable to recognise familiar objects, surroundings or even those closest to them, although there may be sudden flashes of recognition.

The person may also become increasingly weak. They may start to shuffle or walk unsteadily, eventually spending more time in bed or a wheelchair. Other symptoms may include:

The person may become restless, distressed or aggressive, especially if they feel threatened in some way. Angry outbursts may occur during close personal care, usually because the person does not understand what is happening. Those caring for the person should try not to take this personally – the person is not being deliberately aggressive. It is also important to consider that the person may be experiencing pain which they cannot express verbally.

Although the person may seem to have little understanding of speech, and may not recognise those around them, they may still respond to affection and to being talked to in a calm, soothing voice. They may also enjoy scents, music or stroking a pet.

On average, people with Alzheimer’s disease live for eight to ten years after their symptoms begin. However, life expectancy does vary considerably depending on how old the person is and other factors as mentioned above. The length of time that someone with Alzheimer’s can expect to live for, also depends on whether they were diagnosed early on or later in the course of the disease.