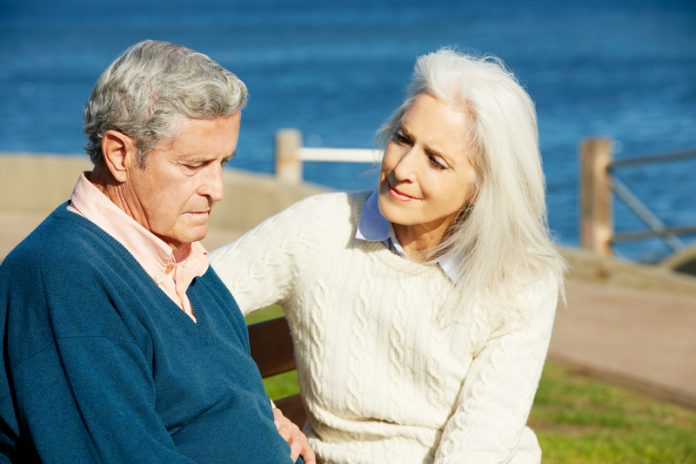 Five years ago, then Prime Minister David Cameron made an announcement that was to trigger a real step-change in our nation’s response to the growing dementia crisis. Launching the first Prime

Minister’s Dementia Challenge, Mr Cameron pledged to bring political attention to dementia, describing his ambition to tackle the condition as a ‘personal priority’. For the first time in our country’s history, we saw a real focus on dementia from the government with a genuine determination to drive progress in research, change societal attitudes to the condition and improve care.

Much has changed since then, and it’s no exaggeration to say that much of the progress that has been made has been thanks to the Dementia Challenge. In January this year, Mr Cameron became President of Alzheimer’s Research UK. As our foremost ambassador, the role will see him continuing to be part of the fightback against dementia by championing our vision and helping to raise awareness, as well as driving forward progress in research.

Putting dementia on the global agenda

As a world leader, David Cameron put dementia on the global agenda. A year after launching the Dementia Challenge, we saw him harness the UK’s presidency of the G8 to bring together world leaders for the first-ever summit on dementia – setting in motion a worldwide push to tackle a condition which devastates lives worldwide. The summit culminated in a commitment to strive for a cure or disease-modifying treatment for dementia by 2025, and inspired the creation of the World Dementia Council to steer global action to achieve this ambition.

The commitments Mr Cameron made on dementia while in office have led to tangible changes in the dementia research landscape in the UK. Under the first Prime Minister’s Dementia Challenge, government funding for dementia research doubled between 2012 and 2015. Today we see the impact that this had: in March, our analysis revealed that the number of UK dementia researchers had almost doubled over 6 years, as had the number of new breakthroughs being published from dementia studies. These numbers tell us we are gaining ground in the search for much needed treatments and preventions.

Of course, the fight is by no means over – something that Mr Cameron himself highlighted on taking up his voluntary role as our President. Following years of under-investment, we started from a low base and despite increases in funding, dementia research still lags behind other serious health conditions. There is still only one dementia researcher for every £2m of costs to the UK economy attributed to the condition, compared to 10 researchers working on cancer. We need even more ambitious investment if we are to achieve the breakthroughs people living with dementia so desperately need.

That’s why at Alzheimer’s Research UK, we’re focused on increasing our funding for research with a range of strategic initiatives designed to speed up progress – from our network of Drug Discovery Institutes, working to fast-track treatment development, to our £2m Prevention and Risk Reduction Fund, designed to support innovative new research projects to find new ways of reducing dementia risk. We are proud to be a founding charity partner of the UK Dementia Research Institute – the UK’s largest ever joint endeavour in dementia research – and to be working on some unique collaborations with the pharmaceutical sector, government and academia aimed at accelerating the development of new dementia drugs. To match the immense scale of the challenge we face, we need charities, the government and industry working together to tackle it.

Today we know more than ever before about the diseases that cause dementia – now we need to translate that knowledge into new treatments that can transform lives. Dementia is the only leading cause of death in the UK for which numbers are still rising. But research has changed the outlook for other conditions that were once considered a certain death sentence, and we can do the same for dementia – if we lift our ambition and continue to increase our investment. Through a concerted and joined up effort, and with influential individuals like David Cameron helping to galvanise support for research, we know we will get there.