Digital transformation (DX) has undoubtedly become one of the most prominent buzzwords at the end of the previous decade, and deservedly so, as it denotes a multifaceted process of change currently reshaping both business and society. While the concept is not exactly new, the increasing speed of technological development and swift diffusion of its results within society has helped to catapult DX into the spotlight.

Today, it is discussed by everyone from IT experts and business consultants, through CEOs, economists, sociologists and policymakers alike. That widespread awareness of the issue while necessary for successfully navigating through the impending change, might also lead to oversimplification of the problem. DX is not simply a mass adoption of digital tools by businesses, nor is it moving the whole business into the digital sphere. It is a much more profound change in business models, ways of thinking, working, communicating and eventually – in the very fabric of our society. With technologies like artificial intelligence (AI), blockchain, the Internet of things (IoT), big data analytics and robotics, due to their versatility have the potential to penetrate and transform almost every aspect of human activity and are slowly becoming ubiquitous in everyday life. Of course, since the whole of society is undergoing change, so is business. Perhaps even this particular area gets the most exposure in terms of debate and actions taken towards DX, it is, nevertheless, only an aspect of a greater process.

Policymakers worldwide have already noted the oncoming changes and necessity of adjustments in policy and regulation frameworks. It is, however, a difficult task – a race against time and the unknown. The advancement of technology has intensified and visibly accelerated – especially with the recent progress made in machine learning. The new wave of digital technologies led by AI and all-pervasive data flows pose both great potential and also a challenge in terms of regulations and policy strategies.

The European Union (EU) tackles the challenge by focusing on big data and digital platforms aiming to harness the potential of data circulation between various areas of social and business activity to generate innovation. An important factor in fully utilising the power of data is the capable resources; thus digital skills are also a significant part of European DX policy. Continued efforts in ICT standardisation and interoperability aim to ensure better compatibility between various systems and devices and at the same time, boosting the competitiveness of European companies.

Just how crucial DX is considered by the EU is clearly visible in the new funding framework under the Digital Europe Programme. The Programme is expected to facilitate the DX of the European economy and society through both support for technology development and its actual application. The core of the project is constructed from five key elements: supercomputing, AI, cybersecurity, digital skills and the utilisation of digital technologies. It seems that after many years of catching up, the EU has finally stepped up its game and while still not quite ahead of the technological developments – it might actually end up being on time. Especially with the newly published AI White Paper and Data Strategy.

AI and data are also the centres of attention in the midst of digital transformation in Japan. Ignited by the Ministry of Economy, Trade and Industry’s report on Digital Transformation: Overcoming of “2025 Digital Cliff”, the interest in digital change is spreading rapidly. However, the DX in Japan seems to be focused mainly around business transformation, while the societal change is covered by the concept of Society 5.0 (the

As mentioned before, AI-powered tools and data platforms are often indicated as simple and relatively fast DX solutions, however, due to the country’s unique business culture, the way to transformation seems to be rather long and decidedly winding. One of the main obstacles relates to legacy systems which seem pervasive in Japanese companies. Resistance to change the outdated, often a scantily documented or an unsupported system is frequently reinforced by a lack of knowledgeable resources (either retired or moved to other positions). Not to mention the costs – keeping the legacy systems is often preferred over significant investments needed to update or restructure them to create an environment suitable for new digital technologies. next stage following the information society). The 2025 deadline indicated in the report is the starting point for forecast multitrillion yen losses incurred by insufficient progress made by Japanese businesses with regards to digital technologies. Unsurprisingly, the DX immediately became a significant part of any business-oriented discourse and related seminars and workshops are currently mushrooming left and right.

Faced with the above, the Japanese Government is already taking further steps to promote DX and countermeasures for specific problems are being developed as well. The successful DX of Japanese businesses is a much-needed foundation for the government’s Connected Industries initiative, which, in turn, is a building block of Society 5.0, where data flows, connect and intertwines with various industries, organisations, companies, products and individuals across the whole spectrum of social activity.

DX is happening right now and while the societies start to move seamlessly between reality and the digital realm, businesses seem to be bearing the brunt of the pressure. The change is inevitable, though, and it seems the first half of this new decade will be decisive. How far can we advance DX in five years? 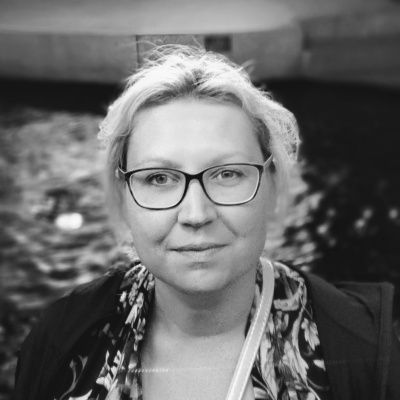