Home Open Access News Energy News Does CHP have a future in a net-zero world?

Robert Ashley, Power Generation Specialist at Mott MacDonald, ascertains if CHP has a future in a net-zero world

In June 2019, the UK Government introduced legislation that required all greenhouse gas emissions to be reduced to net-zero by 2050. As the first major economy to do so, this was a step-change in policy that, for the first time, would enact into law the fight against climate change. While the energy supply sector has made significant reductions to its carbon emissions in recent years, it remains the second-largest contributor after transport, responsible for 21% of all emissions. Needless to say, for the UK to meet its 2050 commitment, almost all of the country’s heat and electricity demands will need to be net-zero.

CHP: Where are we?

In 2020, there were over 2,500 combined heat and power (CHP) schemes in the UK, generating 23,461 GWh of electricity and 41,696 GWh of heat. CHP schemes power hospitals, university campuses, large industrial sites and residential developments and are an important part of the UK’s energy infrastructure. However, more than 70% of all fuel burned by CHP is natural gas. CHP is an efficient conversion device of one form of energy into two, as it takes waste heat and converts it to usable heat. By generating both heat and power at the same time, CHP can reduce carbon emissions by compared to a combination of conventional power generation and a free-standing heat supply. Powering CHP plants with natural gas is, therefore, a very credible low-carbon option. But it is just that – low carbon. The 2019 legislation means that CHP schemes need to be zero carbon.

This fact has raised uncertainties around the future of CHP and has prompted the UK government to start work on a detailed consultation on its future. The real problem is the limited availability of renewable fuels. Biomass and energy from waste (EfW) both result in carbon emissions at the point of combustion. Although biomass can be a net-zero fuel as it absorbs carbon during growth, it’s relatively expensive and not readily available in the quantities necessary to meet national demand. EfW, based on municipal solid waste (MSW), is a complex fuel and difficult to burn cleanly.  Again, the available quantities of MSW are not there to meet demand at scale.

Is hydrogen the answer?

Hydrogen, however, may provide the answer as the only energy source likely to be available in large enough volumes to make an impact on the demand required. As an additional benefit, because CHP schemes typically turn fuel into energy centrally, they are relatively straightforward to convert to hydrogen, as the energy delivery mechanisms (i.e. the piping in the walls and radiators, etc.) don’t need to be touched. In any CHP project, around 40% of the capital expenditure is on the ‘prime mover’ – the gas turbine or the gas engine. This is the component that generates mechanical power from the input energy. In the worst-case scenario, it will be this component that needs replacing but not in all cases. For many schemes, the prime mover can be modified to support hydrogen, significantly lowering the capital cost of conversion.

Hydrogen, particularly green hydrogen is currently an expensive fuel as the manufacturing process is inefficient. It’s important, therefore, that we seek efficiencies in its use. Importantly, the energy efficiency benefits seen in gas-powered CHP schemes will continue to be seen with hydrogen. At the same time, the nature of CHP means that we can limit the risk that comes with a difficult fuel like hydrogen. By plugging CHP plants into district heating schemes, we can provide reliable, low carbon heat and electricity to residential properties, without the need for a hydrogen fired boiler in every home.

For now, hydrogen CHP schemes powering residential homes remain some way off. But ultimately, gas-fired CHP is a highly efficient, low carbon means of providing heat and power and should remain the preferred delivery option, where possible, with the intention of conversion to hydrogen once the local and national infrastructure is in place.

Naturally, hydrogen doesn’t come without its uncertainties and although the infrastructure necessary for hydrogen has not yet been established, the UK Government is betting heavily on its use to meet the 2050 net-zero targets. We can, therefore, reasonably expect government assistance in the form of market reforms and the sharing of the financial risk in early projects. Given the efficiency of CHP, it’s clear that it will play a key role, both as a low-carbon transition technology, but also in our net-zero future. 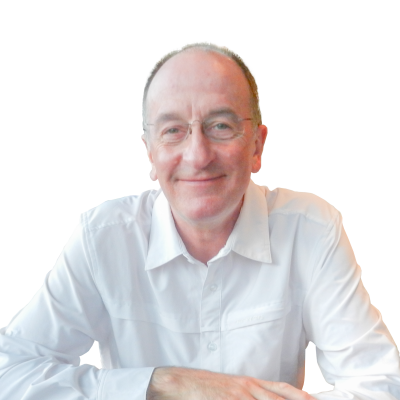