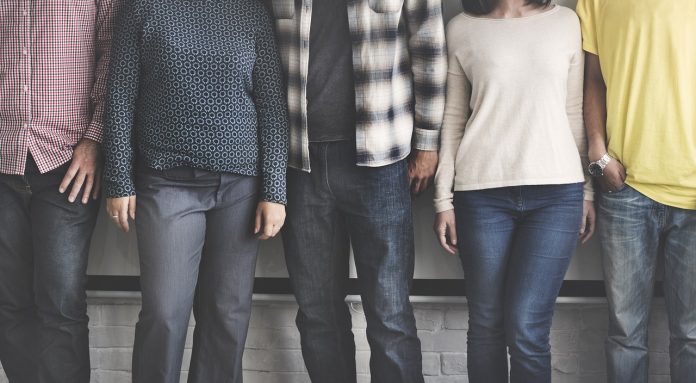 There’s still a way to go to achieve gender diversity in business, as Dr Jill Miller at CIPD, the professional body for HR and people development, explains

Few would disagree that enabling talented people to reach the top of their game is the right thing to do, irrespective of our identity. However, despite a clear business case for action and few business leaders likely to object to the fundamental principles and basic rights of equality, fairness and equality of opportunity, there remains a stubborn implementation gap if we look at gender diversity across the UK labour market. It remains frustrating how reliant we are on the business case for change to happen.

Why do we need more progress in gender diversity?

We know that diversity of outlook and background brings a diversity of ideas. Gender diversity brings different perspectives to decision-making, enables challenge to the status quo, facilitates innovation, enables companies to better identify with their diverse customer base and better reflects the diversity of the workforce.

A better gender balance at all levels of seniority will also help tackle under-utilisation of skills, enabling people to reach their potential at work, which is essential for making headway on the UK productivity gap.

Marked progress, but still a way to go

Action at a public policy level has made notable strides, but there’s still a long way to go until the UK achieves a true gender balance. The government’s commitment to increasing female representation at executive levels has made significant headway. The Lord Davies’ review resulted in a significant rise in the number of women on FTSE 100 boards – up from 12.5% in 2011 to 26% in 2015, slightly exceeding the target by 1%. The number of all-male boards in the FTSE 100 has decreased from 21 in 2011, to 12 in 2016.

Building on this momentum, Sir Philip Hampton and Dame Helen Alexander are leading the subsequent review, with aims of ‘broadening the ambition to the entire FTSE 350 and raising the target to 33% of women on boards by 2020’. The Hampton-Alexander review will also look at gender diversity beyond board-level, to enrich the female executive pipeline. Within the FTSE 100 population, the 33% target is extended to include executive committee roles and direct reports to the executive committee.

Although some may feel progress is not happening quickly enough, and there’s been much debate about whether a voluntary approach is the most effective one to take, I feel voluntary targets are the way to promote more sustainable and long-lasting change. One risk of mandating action as part of a quota system claims that a role appointment is due to a person’s identity rather than their abilities and talent. Furthermore, legislating may promote compliance but is unlikely to prompt employers to address the underlying reasons for a lack of female progression or tackle the obstacles to having a strong female talent pipeline. A business’ voluntary commitment to changing the status quo will ideally reflect a belief in the need for grassroots adjustments to enhance the attraction and career development of women at every level. However, if we are to see ongoing change, the voluntary targets need to continue to be stretched.

The government targets are directed at FTSE companies, but if we are to truly make UK-wide progress, we need to effect change far beyond this group. It’s likely that the approaches and decisions made by those in FTSE companies will affect how business is done more widely, but a wider approach to raising awareness together with the provision of practical guidance on how to make gender balance a reality can only help to speed the progress up. A business-led approach has so far delivered sustainable traction, but there is still a need to nudge businesses in the right direction and give employers, particularly those without HR support, practical advice.

A significant proportion of the progress to date has been due to the increasing representation of female non-executive directors. However, those with decision making power in executive board-level roles also have the power to change the corporate culture and affect the same change at all levels through the organisation. Yes, there has been an overall increase of women on FTSE 100 boards from 12.5% to 26% between 2011 and 2015, but women are represented much more in non-executive roles than executive ones. A 2016 Cranfield study gathered data from the FTSE 100 and found 31.4% non-executive roles were held by women (up from 15.6% in 2010), compared with just 9.7% of executive roles (up from 5.5% in 2010).

Attention now needs to be firmly set on increasing the gender balance in executive roles, and a separate target for appointment to executive roles would help here. Extending the scope of the Hampton-Alexander review to below-board roles by strengthening gender diversity in the immediate talent pipeline will also help to boost executive gender representation.

How do we drive forward the ambition in our own workplaces?

CIPD research has examined barriers to female progression to leadership roles. Employer action now needs to focus on removing these. This requires a genuine commitment and strategic approach to attracting and developing women throughout their career. Actions that help create an open and supportive culture which supports gender diversity include:

Robust data on workforce composition that shows the proportion of female employees being recruited, developed and promoted at every level. Our survey data suggests that many employers don’t monitor the profile of their workforce, with just 49% saying they monitor the gender profile of their workforce at all levels and 28% not monitoring at all. The transparency created through such monitoring can also help effect culture change.

Increasing female representation at senior levels is not about focusing on one group of employees at the expense of another. Achieving boardroom diversity is also about achieving diversity of background and outlook. Although female representation is a key part of that, it should be one part of a broader perspective which includes other elements of diversity.

CIPD (the professional body for HR and people development)