Home Open Access News Government News How can the empty housing crisis in England be improved? 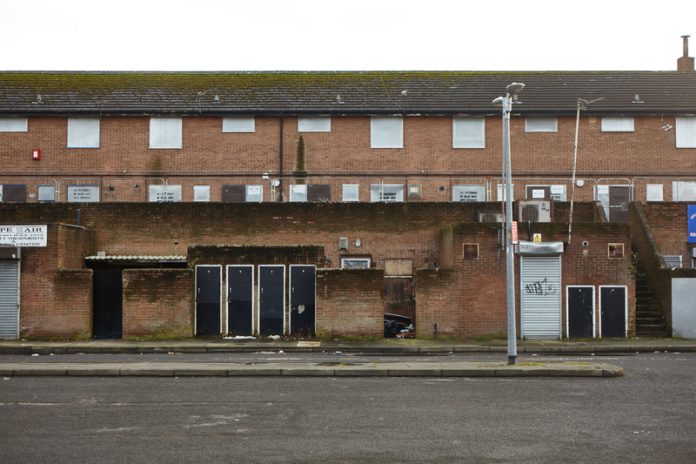 New research has shown that while England’s homelessness statistics are at a worrying high, empty housing across the country is also on the increase

With austerity measures causing more people than ever to tighten their belts and private rent prices soaring, many English cities have seen a rise in the numbers of rough sleepers and many are understandably concerned. Team that with the fact many properties lie empty and we are left with a crisis, in desperate need of change.

The total empty homes in England is currently reported to lie at over 600,000. Research shows a minimum of 4,500 people slept rough on England’s streets last year. But what can be done to improve this drastic imbalance?

The number of vacant homes in England rose in 2017 for the first time in ten years, according to research carried out by Attic Self Storage, and a third of the empty dwellings recorded are classifiable as long-term vacant. It’s important to note these houses are not only expensive properties owned by absent millionaires based abroad.

The research suggests that between 2013 and 2016, the North of England showed a higher volume of disused homes than the South, suggesting local government may hold more responsibility than foreign investors for the number of vacant spaces.

One strategy that has been introduced to redress the balance is the much-talked-about £1 home scheme. This is where families with the means to renovate properties were sold houses in disrepair for one pound, on the promise they would commit to investing in the homes and remain in the property for ten years.

In many cases this involved better-off families relocating to deprived areas, in the hope of building both a home and a sense of community. 2018’s £1 house scheme was a source of controversy, but it seems hopeful that the project may have had a positive effect on empty property statistics.

Attic Self Storage’s findings break down the numbers of vacant dwellings by area, showing Liverpool and Camden to be among the regions where the percentage of empty homes is at its highest since 2013.

Since the government’s social housing projects have not always been reliable, it seems one of the best chances for England to address its housing crisis may be for local councils to make disused houses a priority. Kent County Council’s award-winning ‘No Use Empty’ scheme aims to bring empty properties back into use and raise awareness of the problems vacant homes can cause for local communities.

Another social enterprise in pursuit of fairer housing opportunities is Community Campus 87. The organisation began in the mid-1980s with the aim of buying vacant properties in the Middlesbrough area and rents them to previously homeless tenants for rates cheaper than social housing.

Given that some 440 homeless people died in England last year, for reasons including suicide, drug misuse and murder, the work of groups like CC87 – which also aims to get newly-housed tenants back into work and involved in community activities – is vital.

Several hundred other projects are underway across England and the rest of the UK to tackle the various issues surrounding homelessness, and while it is evident that dealing with the country’s housing crisis is a complex and ongoing process, empty homes cannot be overlooked as a factor in reducing homelessness.