Home Open Access News Environment News Why is so much of England’s housing stock empty at a time... 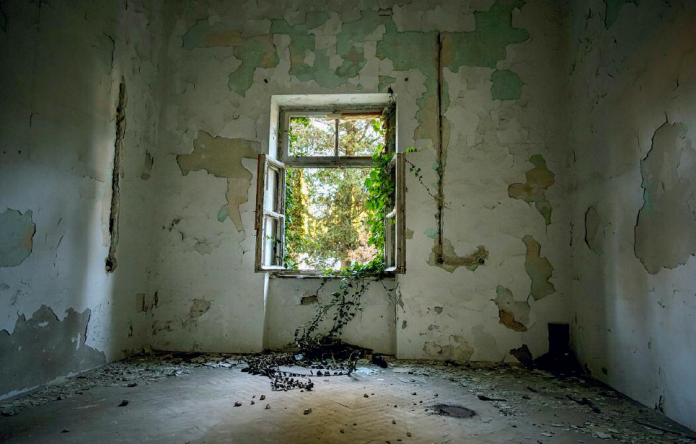 There are lots of reasons why this is a unique point in British public policymaking but meanwhile on the home front, so as to speak, the social problems and inequality issues which arguably drove us to our current paroxysm of self-harm and Euro-vandalism rumble on.

Another unique aspect of the current situation in England in particular (and it is after all principally England’s voting behaviour which has driven us to where we are in so many areas) is that for the first time in a generation we find that my own area of work, housing policy, is near the top of the public agenda whenever polling on issues of concern to voters is carried out.

This is not normal, despite the parlous state of some of the country’s housing stock, both publicly and privately owned. Equally abnormal is to find every major party acknowledging that we are in the midst of a national housing crisis and seeking policy solutions to this.

So where do almost a quarter of a million so-called long-term empty homes fit into this?

It is widely acknowledged that our housing crisis is one of supply, affordability and quality and empty homes are a canary in the coal mine for all three issues as new figures released by the government on November 14th, 2018, (the day that the draft Brexit deal was made public) illustrate1. Across the country, the rise in numbers is over 5%, with London seeing rises of over 14% in central areas where markets have been shaken by pre-Brexit jitters and 11% across the City-region. However, both low and high-value areas of the country’s highly regionally diverse property market have seen rises. By way of example, the central London Borough Camden has a rate of long-term vacancy of 1.39% (considered to be  within the highest band when we analyse the issue), while Kingston upon Hull is at a similar 1.36%. Both saw year on year rises at above the national average rate. Yet average Victorian (nineteenth century built) terraced homes in Camden that are structurally and stylistically identical to those in Hull, and in similar non-prime local situations, sell for at least 20 times the market price of those in Hull – £1.2 million plus as against £60,000 in central Hull.

Visit both areas and you’ll see people sleeping on the streets. Visit the local authorities’ housing offices and you’ll see excellent work by local officers to incentivise property use for those in housing need; and long waiting lists for social (public) housing. It is widely acknowledged that Britain lacks housing full stop. It is estimated that we have a shortfall of between 1 and 4 million homes.2

In England, in particular, affordability is an issue, with London data alone showing that nearly a million people (962,000) renting their homes in the private rented sector live in poverty3 (with high rents and lack of access to affordable or social housing options a significant contributory factor to this shocking number in what is still currently a global top ten economy).

Why are homes left empty?

Homes are left empty for many reasons. At Action on Empty Homes, the charity which produces the only authoritative and independent annual analysis of government data on empty homes in England, we divide empty homes into three categories:

1. Clusters – these are predominantly in low-value areas characterised by high levels of poverty and social disadvantage and dominated by low-quality provision of housing in the private rented sector, which is often supported by public welfare payments. Much of this is owned by so-called absentee landlords often resident in other higher value areas of the country, or in some cases overseas, many of whom operate a low investment model. This is facilitated by the relatively low level of regulation of the Private Rented Sector (PRS) in the UK and best exemplified by the fact that despite nearly half (40%) of the public social housing bill (welfare expenditure through support for rent) being spent in the private sector (over £9 billion of £23 billion). The Decent Homes Standard (a minimum quality housing
provision regulation) applied to that expenditure when purchased from the social and public housing sectors does not apply in the PRS.

Other significant factors include low insulation standards in pre-1919 constructed terraced homes. The low investment model dominant in such areas means that these are frequently expensive to heat for poor tenants; unless exterior insulation is added. Thus, where this has not occurred vacancy rates may increase as these become homes of last resort to be vacated as soon as tenants can access alternative accommodation.

2. Pockets, these are local concentrations within areas
which would not otherwise be considered disadvantaged but which are nonetheless likely to feature at a very local level some of the same characteristics as those present on a larger scale in clusters; they are in a sense ‘bad streets’ or ‘poor blocks’, where local disadvantage is concentrated within what might otherwise appear affluent or averagely well-off areas. They reflect on a more local scale some of the ‘social sorting’ and residualisation seen in larger clusters in areas of deprivation. Again, ownership is often by landlords resident outside the local area and operating a low investment model with tenants supported by welfare payments.

3. Bad teeth, these are single and isolated examples of empty property on otherwise ‘normal’ streets and exist across a wide range of values and in almost all areas. Often empty as a result of complications related to personal circumstances, contested or confused inheritance or complex personal circumstances, such as physical or mental illness; equally they may on some occasions result from disengaged overseas resident
owners or properties purchased as investments in the hope of value uplift. Money laundering from the proceeds of crime is speculated to play a role in some cases. Other factors include the cost of renovation of outdated property inherited by relatives who lack the finance, knowledge or in some cases, simply the time and enthusiasm to take on the project.

Firstly, there are simply too many and any readily accessible supply of essentially habitable homes which could be brought into use quickly should be accessed in a widely acknowledged national housing crisis, with nearly 80,0004 families currently in state-financed and frequently unsuitable temporary accommodation (at an annual public cost of around £1 billion a year).

The last significant government programme to do this through a mix of grants, loans and other incentives to local authorities and charitable and social enterprise housing providers ended in 2015 and numbers of empty homes have risen since, with the rate of rise doubling in the last year to 5%. That programme renovated almost 10,000 homes at a cost of around £200 million – an average cost of around £24,000 per home, which is less than half the cost of commissioning new homes.

In another Northern European country facing a housing crisis, the Republic of Ireland, with whom the UK famously shares its only European land border, the government recently announced a new national empty homes programme as Pillar 5 of its ‘Rebuilding Ireland 2018-21’ strategy following initial commitments made in August 2017. This creates a statutory role for local authorities in action to bring an empty property into use and a funding stream to achieve this.

Secondly, empty homes blight communities, damaging the quality of life for neighbours as magnets for crime, decay and pest infestation and where concentrated in pockets or clusters can create a downward spiral of undesirability leading to a flight by owner-occupiers, dominance by the low investment end of the private rented sector and a concentration of social problems.

Thirdly, we know how to do this and it would save the public money, as well as improving the lives of those housed. But at present in the UK (unlike Ireland), this is not a statutory function of local authorities. Furthermore, the UK is still in an era of public austerity driven by political choices on behalf of the UK government and cuts to central expenditure allocations to local government, alongside minimal freedom to exercise local tax-raising powers. As a result, work is patchy and under-resourced with many local authority areas employing no dedicated staff to take either enforcement action or to support incentives and investment-based approaches. Although those that do so find success and public benefit from it. Furthermore, the public wants action, public polling for Action on Empty Homes
by ComRes shows that 83% of British adults said the government should place a higher priority on tackling empty homes.

Empty Homes are a symbol of Britain’s broken social contract where the right to housing is no longer the right to a decent home, a permanent home or an affordable home for millions of citizens. Nor a right to housing where citizens want to live. We see the impact of this from Brexit votes in the under-invested or ‘left behind’ communities of the North to anger at Buy to Leave in London, where planning permission has been granted for a stunning 510 tall residential towers, even
as those recently constructed see homes being stockpiled by developers unwilling to sell at prices dented by pre-Brexit jitters; and while London local councils place 54,5505 families including over 80,000 children in often unsuitable and over-crowded temporary accommodation at great cost to taxpayers.

This is public expenditure on housing some of the most vulnerable in society in some of the worst housing in the UK and could better be invested in renovating existing homes and bringing back into use long-term empty dwellings.

Empty homes are a symbol of a housing market out of control and a laissez-faire approach to social provision, which is storing up a timebomb of negative social outcomes and public dissatisfaction for the UK government. It would be wise if UK policymakers heeded the call of this canary in the coal mine of British public policy. 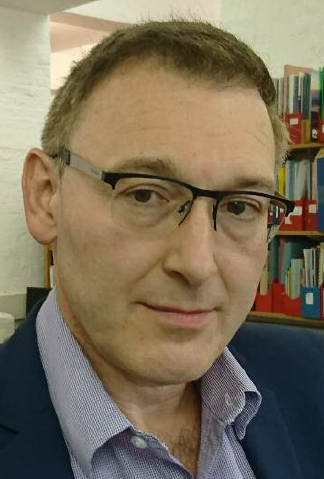