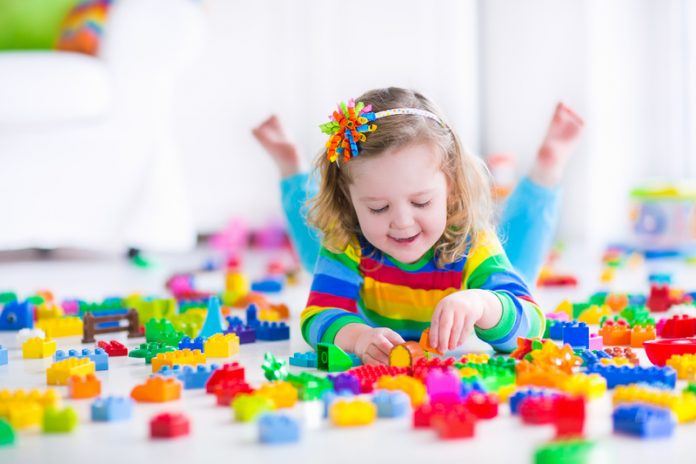 Now able to crawl and curious to discover all that’s around her, little Emma reaches for a dusty toy under the table and, just like any infant would, immediately puts it into her month. What chemicals are in the toy, and is there lead in its worn paint? Do the baby’s pyjamas, or perhaps her crib mattress, contain flame retardant chemicals? Has the home been treated with pesticides, now lingering as residue in the dust? Does it matter?

These are the questions that drive environmental health science.

Parents, grandparents, and caregivers have enough to focus on regarding the needs and well-being of their children – making sure they are nourished, clean, and sleeping soundly. The National Institute of Environmental Health Sciences (NIEHS), part of the National Institutes of Health (NIH), funds scientists to methodologically study the silent factors that we often cannot see or smell in a child’s environment.

These environmental toxicants can be in the water, food, dust, or air in children’s homes, schools, and neighbourhoods. NIEHS-funded scientists determine the likelihood of harm, the sources if unknown, and how to reduce exposure or mitigate potential damage.

Why focus on children?

One thing is clear from NIEHS-funded research – children are more vulnerable to environmental toxicants than adults, particularly while in the womb1. External substances can interfere with the complex processes of growth and development, which involve rapid cell division and intricate hormonal signals. Additionally, children don’t have the mature defense systems that adults do, such as fully functional liver detoxification1. Sometimes changes that occur during childhood can have permanent effects2.

For example, NIEHS-funded research shows the potential for environmental toxicants to harm brain development. Lead is the best-known example, but there are many others. When pregnant mothers are exposed to high levels of flame retardant chemicals, such as polybrominated diphenyl ethers (PBDEs), their offspring may be more likely to have decreased in IQ, problems with fine motor skills, and symptoms of ADHD3.

Environmental scientists are using MRIs and related technologies to study the brain regions of children exposed to common air pollutants called polycyclic aromatic hydrocarbons (PAHs), which come from fossil fuel combustion4. The structural and functional changes they have observed in the brain may explain why exposure to PAHs while in the womb has been linked to lower IQ and symptoms of anxiety, depression, or ADHD5, 6.

However, it can be difficult to know what toxicants a child has been exposed to in the womb or as a baby. Some scientists are analysing naturally shed baby teeth to reconstruct early-life exposure to lead and other metals that are incorporated into teeth as a child grows7. By comparing exposure information with later diagnoses, the scientists have shown that increased lead uptake, and decreased uptake of the essential nutrients zinc and manganese, may be related to autism8.

NIEHS-funded researchers also are developing wearable or mobile technologies to help caregivers recognise hazards in a child’s environment. Scientists have designed wearable wristbands that can detect exposure to organic chemicals, such as flame retardants or pesticides, over the course of a few hours or days9. Others are collaborating on an app that will help children, their parents or healthcare providers track real-time air quality conditions so that asthma triggers can be avoided.

Fortunately, there is a new, national effort that will allow scientists to study a variety of environmental influences on children’s health. In 2016, NIH launched the 7-year Environmental Influences on Child Health Outcomes (ECHO) programme. ECHO is focused on 4 important children’s health outcomes: illnesses like asthma in the upper and lower airways, obesity, neurodevelopment, and health around the time of birth.

ECHO is pooling resources from many NIH-funded studies to increase researchers’ ability to study how a child’s environment, from pregnancy through adolescence, may affect the immediate or long term health of our children.

ECHO and NIEHS-funded research will continue to point to ways that we can advance lifelong health by improving the environmental conditions around pregnant women and children. We already know that when air quality improves, children have better lung growth10 and decreased bronchitis-like symptoms11. Similarly, women at the end of their pregnancies during the 2008 Beijing Olympics had babies with healthier birth weights than women exposed to higher, typical air pollution levels during the same dates in 2007 and 200912.