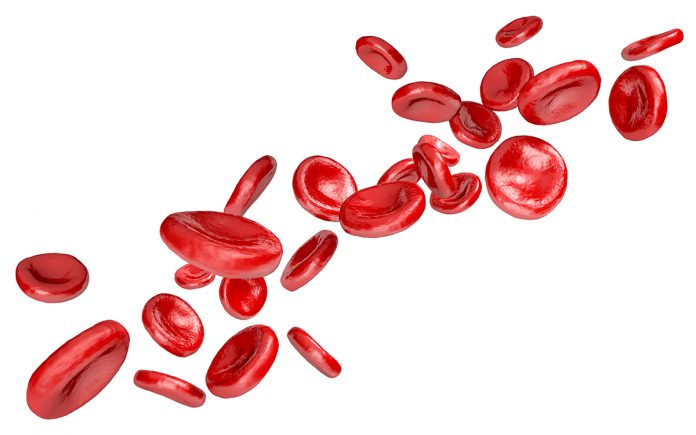 Members of the RELEVANCE consortium – Anna Bogdanova, Francesca Aglialoro, Marieke von Lindern, Emile van Akker, Ashley Toye, and Pedro Moura – explain their thoughts on erythropoiesis, in and out of the body

Blood is literally the life, in terms of carrying the life-giving supply of oxygen the body needs. The average healthy human must produce over 2 million new red blood cells (RBC) per second to replace an equal number of old RBC that are continuously removed. For some individuals with anaemia or with sickle cell disease, for example, the production of RBC in the body is not enough or defective. Here the common treatment is the transfusion of healthy donor RBC to these patients. Although donor blood transfusion product is a safe product, some transfused patients, especially those with chronic transfusions, can develop an immune response against the transfused blood. This phenomenon, termed alloimmunization, results in the destruction of the transfused cells. This occurs because of the blood groups present on the RBC surface. There are currently 40 blood group systems described and these vary between individuals and according to ethnicity. This poses a significant challenge for sourcing blood for some patients, such as the ethnically different sickle cell disease and thalassemia patients, whose blood may not match the largely Caucasian donor base of many European National blood services. Blood services are working to address this problem, by increasing donors from these groups or donation frequency of certain rare donors with the most compatible blood. They are also working to improve the preservation of blood to allow it to be stored for longer and are developing ways to manufacture blood from stem cells or immortalised cells, such as induced pluripotent cells or cell lines.

The current blood pre servation and storage is not optimal, reducing RBC lifespan in the body. Around 25% of stored red cells may be cleared straightaway, within 24 hours after transfusion of a normal donation. Consequently, some patients who undergo regular transfusions risk an iron overload, which can cause life-threatening liver, heart and joint problems. Thus, the improvement of RBC storage conditions and/or pre-treatment of the stored cells to return to their original state in regards of deformability, ion content and metabolic/redox balance are being addressed by members of the RELEVANCE ITN consortium, such as researchers from Sanquin Blood supply.

RBC production is the final result of erythropoiesis, a complex process with many underlying molecular mechanisms. The role of hormones in RBC production was first described by Carnot and Deflandre in 1906 and substantial progress has been achieved since then in understanding the molecular processes that drive erythropoiesis. For instance, one key growth factor for producing RBC is erythropoietin. This hormone is released naturally by the kidney and allows more RBCs to be made at high altitudes. An increase of this hormone’s levels in the body then leads to an up to 10-fold increased RBC production, which results in an increased oxygen-carrying capacity. The end result of this adaptation is a that the body is able to compensate for the low-oxygen (hypoxic) environment, eventually functioning as well as in its usual environment. The stability of these new RBCs is another aspect that the RELEVANCE consortium is studying.

RBCs can also be produced in the laboratory using cell culture media containing erythropoietin and several other growth factors, but currently, only small amounts (enough for a baby) have been produced. The ultimate goal is the mass production of RBCs to numbers comparable with those created in the body. To do so efficiently may require re-creation of the conditions found in the bone marrow. If this goal is achieved, we may be able to combat blood disorders in which RBCs are not produced in enough quantity or are destroyed shortly after production (for example, sickle cell disease or beta thalassemia).

Working on this problem are researchers in Bristol, which includes the early stage researcher (ESR) Pedro Moura in Ash Toye’s group, ESR Francesca Aglialoro within the group headed by Marieke von Lindern and Emile van den Akker from Sanquin-Amsterdam. These two groups aim to produce RBC with the ultimate goal of providing precision therapy for patients with rare blood groups and both groups closely collaborate within the framework of RELEVANCE. For example, the groups have recently reported a model system that produces macrophages, similar to those found in bone marrow to allow the study of how these specialised immune cells drive erythropoiesis more efficiently1.

Although cultured red cells can be produced in the laboratory from donor stem cells, cell expansion needs to be improved and as such, we need to understand how these cells turn into the recognisable mature RBCs that our body produces. The Bristol and Sanquin groups are working on this. For example, Sanquin is defining conditions optimal for the expansion and transformation of precursor cells to red cells, the development of standard protocols and assessment of the properties of the resulting erythroid progenitor cells that finally turn into RBCs. In Bristol, they are studying the role of shear stress, which the cells experience in the circulation, on the maturation of the cells (Moura et al Manuscript submitted). Both research groups are also testing and optimising bioreactors to facilitate the scale-up of blood production.

Interestingly, as well as undertaking the work in RELEVANCE using human stem cells, these groups are working on next-generation sources of blood which could provide the key to a more plentiful supply. The Sanquin team is using human induced pluripotent stem cell lines (iPSCs) to potentially provide a sustainable supply of stem cells. The beauty of such an approach is that the resulting cells are identical, allowing for a high degree of standardisation and reproducibility2. The Bristol team is using the immortalised adult erythroid line from bone marrow cells, generated by Jan Frayne and  David Anstee’s groups called Bristol Erythroid Line Adult (BEL-A)3. Unlike the hematopoietic stem cells that can be isolated from adult blood, these cells have a potentially unlimited expansion capacity, whilst maintaining their ability to enucleate. Excitingly, CRISPR-Cas9 mediated gene editing was used by both groups to modify the immortal cells and enhance the compatibility of the generated cells by removing multiple blood group from the cell surface, paving the way for a customisable product4.

The future is exciting for the research within the RELEVANCE consortium and we have given only a small taster here. This EU funded RELEVANCE network will provide new knowledge on the RBC life cycle, alteration in diseases and also adaption during exercise and altitude, to name but a few. It will contribute to further developments in producing RBCs, including scaling up the production and improving cell culture conditions which aim to take these cells to the clinic.

NHS Internet First policy: What does your organisation need to consider?

Supporting mental health services, alcohol and drug use in Ireland