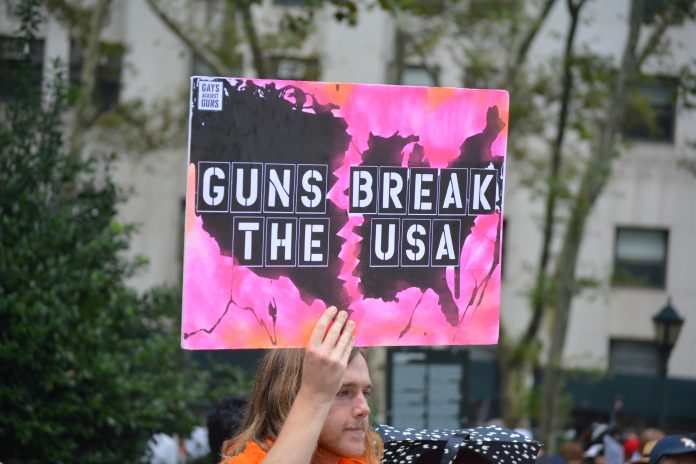 Rates of homicide by gun violence, for adults who live with handgun owners, were twice as high compared to adults who did not – the victims being primarily women

Among homicides occurring at home, adults were seven times more likely to die by homicide with a firearm at the hand of a spouse or intimate partner who owned a gun, with most of those victims being women.

One in three homes in the United States have at least one firearm. Firearm owners frequently state that their gun is used for the protection of themselves and their family, and three quarters of gun owners report feeling safer with a firearm in their home.

Published in Annals of Internal Medicine, researchers from Stanford University studied data gun purchasing and death records for over 17.6 million California adults to evaluate the link between living with a lawful handgun owner and risk for victims of homicide by gun violence.

Overall, there was double the risk of homicide among the 595,448 adults living with handgun owners, and these elevated rates were predominantly caused by higher rates of homicide by firearm.

Two thirds of the people who lived with gun owners and faced these elevated risks were women.

A different study by the American Journal of Public Health found there has been a strong link between higher levels of gun ownership in a state and higher firearm suicide rates for both men and women since 2016.

Gun violence increased most in neighbourhoods where police activity was highest

Christine Laine, the editor in chief of Annals of Internal Medicine and Sue Bornstein, chair-elect of the American College of Physicians’ Board of Regents (ACP), suggest that gun violence both inside and outside the home should be treated as an epidemic and tackled with a multifaceted approach, as the cases of gun violence continue to increase across the U.S. with the normalisation of gun ownership.

The authors suggest that in order to combat this epidemic, governments should be bettering legislation to enable risk protection orders, establishing programs to address social factors, and enforcing strong consequences for companies and individuals who facilitate the misuse of firearms.

Additionally, if treating this epidemic as a health issue, ACP also argues that doctors should play an active role in preventing gun violence by talking to patients at risk.