Under stricter regulatory regimes, less obvious vulnerabilities such as printers must be secured to ensure robust data protection in financial services businesses

With the FCA reporting that financial services firms in the UK saw a fivefold rise in data breaches in 2018, it is clear that as digital transformation takes hold across the financial sector, businesses are failing to protect their data across ever-expanding networks.

Michele Mabilia, Head of Product at KYOCERA Document Solutions UK, suggests that while businesses may be putting in the necessary defences around core infrastructure such as email, they may be neglecting less obvious vulnerabilities such as connected printers and exposing themselves to cybersecurity risks as a result.

Michele commented: “It is surely no coincidence that the significant rise in data breaches reported by banks and other institutions has come at the same time as these organisations become more ‘connected’ and more reliant on digital technologies. As financial services businesses have expanded their networks to incorporate new technologies like internet-enabled print devices, they have increased the risk to their own infrastructure, introduced new cybersecurity vulnerabilities and multiplied the number of potential avenues of attack.

“At the same time as they are facing increased risk, the financial sector has also come under the jurisdiction of much stricter regulations regarding personal data. As we all know, any organisation that falls foul of the EU’s General Data Protection Regulation (GDPR) can face significant fines, and the reputational damage associated with losing customer data can far exceed the penalties levied by government regulators. Financial services organisations hold some of our most confidential, valuable data, and so have a critical responsibility to protect it securely.”

While printers may not seem like the most obvious attack vector, they are often connected both to private corporate networks and the public internet, offering malicious intruders an entrance point that is often left unsecured. According to recent research from analysts Quocirca, 66% of respondents considered printers to be one of the top 5 security risks to their organisation.

Further underlining the risk that an insecure print estate can pose to an organisation, Quocirca’s research revealed that 11% of all security incidents are print related, costing an average of £313,000 per year to deal with. These figures reflect not only the importance of building security into digital infrastructure from the ground up, ensuring every element of an enterprise network is hardened against attack.

Michele concluded: “It is clear from the FCA’s and Quocira’s findings that the financial services sector is struggling with cybersecurity. The key is to ensure that every aspect of the technology infrastructure is protected by multiple layers of security to mitigate threats as much as possible. Organisations must take a holistic view of their cybersecurity, ensuring their network is protected and there is no risk to the integrity of their data.” 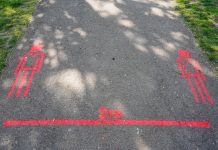 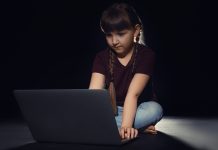 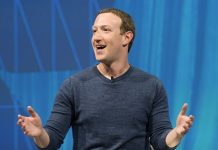 How can one innocent click change your voting decision?

How COVID-19 is driving AI adoption across the healthcare industry 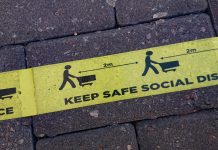 How technology can support social distancing 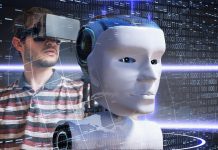 The SP System: A promising foundation for the development of human-like general AI