We are today, more than ever, living in times of change, having to face multiple and also unexpected challenges. More than ever people and political institutions need to engage with each other to ensure we overcome crises in the best way for all. ‘Politics as usual’ is no longer delivering what citizens expect hence the need to move towards new forms of urban governance.
At European level, the ‘Conference on the Future of Europe’, which was supposed to get its first run out on Europe Day (9th May), is still missing in action.
The idea – a grand debate with citizens across the EU, to shine a light on people’s voices, share new ideas, and find a possible new common ground for Europe – has many parallels with existing examples of citizen engagement from the local level.
In fact, over the past several years, there has been a growing movement for and recognition by city governments of the need to include people much more in decision-making processes.
Eurocities’ principles on citizen engagement encapsulate many of these ideas, which are being tested and shared by cities across Europe.

The EU can learn from cities

Firstly, by working with and for city governments, we recognise how greater public participation in governance can strengthen representative democracy.

That’s why the city of Nantes, for example, has held three great public debates on topics that are at the heart of citizens’ concerns, such as the energy transition or considering the valuable place of senior citizens in society.

The idea for these debates, which propelled the city to be crowned European Capital of Innovation, has always been to mobilise as many people, associations, companies and others as possible to engage in a comprehensive debate, come up with and test out new ideas. Each has resulted in a set of citizens’ recommendations being presented for consideration to the city. For example, an ‘office of the Earth’, which will fund 500 projects by 2025, or a recommendation that residents should not be more than 300 metres’ walk from the nearest green area, be it a public garden, park, forest, watercourse, etc. and that nature in the city should become a top priority.

Secondly, many cities such as Newcastle are taking steps to ensure that public policy is a shared endeavour between city governments, citizens, civil society and other local actors.

Newcastle has teamed up with a broad church of collaborators, including local businesses, to model a ‘whole city’ perspective on how to drive its digital ambitions in a way to improve outcomes for all and make life more liveable.

One such collaboration that Newcastle is engaged in has already seen the city switch to more use of electric vehicles, by increasing its ‘corporate fleet’ by some 140%, corresponding to a carbon reduction of 2,700 tonnes over seven years.

Thirdly, cities like Zagreb have already taken huge leaps in recognising that citizens are often the best placed to propose solutions to challenges in their everyday lives.

In an effort to design mobility services that work for all citizens, the city refocussed its European Mobility Week activities to include children, the elderly, people with disabilities, and families.

This led to a host of good ideas, such as rewarding children who arrived by foot or pedal power with free entry to museums, or disability groups proposing educational sessions with cyclists to help them become more aware of accessibility solutions.

Fourthly, an essential component of working with citizens in this way is to do with rebuilding people’s trust in political processes, which are all too often shattered due to a lack of clear and obvious results. And as is the case in all our cities, this necessitates clear communication and feedback on why and how certain policy ideas are selected, while others are shelved.

Participatory budgets, such as practised in Lausanne, confer a part of the city coffers to develop projects proposed by local residents. For example, the city’s new ‘object library’ where residents can get things they want to use once without having to buy them.

Lastly, getting citizen engagement right means being willing not only to experiment, but to take on board learning, both from within your own city limits, but also from other cities, and to invest in organisational, administrative, and political innovation. In Braga, the recently opened Human Power Hub was inspired by social innovation happening in other cities. It asks people to identify social problems that are affecting society and empowers them to think about different solutions and build start-ups with a social impact to solve those problems.

There is so much going on in cities, and with the Conference on the Future of Europe soon to get underway, there is much the EU could take from the best practice of cities in working with people towards a new European localism.

Eurocities is the political platform for major European cities. We network the local governments of over 140 of Europe’s largest cities and more than 40 partner cities that between them govern some 130 million citizens across 39 countries. www.eurocities.eu 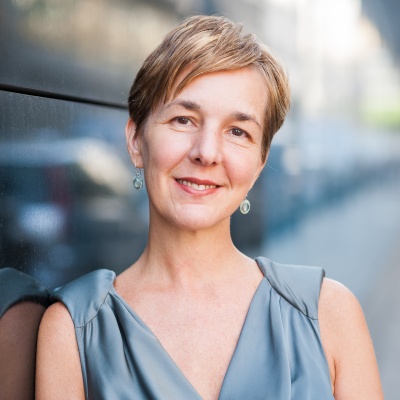