Home Open Access News Research & Innovation News GaN on Si: An example of the links between academic research and... 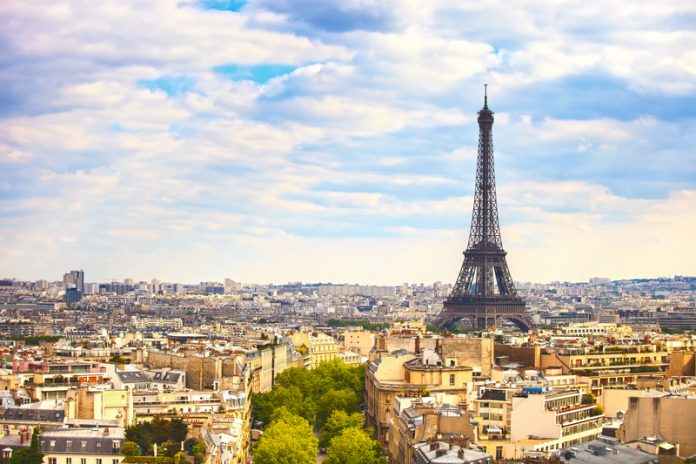 GaN is a young semiconductor material full of promises for research and development, in the view of Director of Research at the CNRS, Fabrice Semond

Under the impetus of Japanese researchers and industries, in particular S. Nakamura (Nichia Corp.), I. Akasaki and H. Amano (University of Nagoya), remarkable progress was made towards the end of the 1980s in the synthesis of GaN. These rapid advances have stimulated an extraordinary effort around the world and led to the demonstration of Light Emitting Diodes (LEDs) emitting blue light with great efficiency, which paved the way for the manufacture of LED lamps emitting white light.

The Nobel Prize in Physics was awarded to these three Japanese researchers in 2014. In the space of 3 decades, these LED lamps have revolutionised the lighting industry because they consume very little electricity compared to traditional light sources. Knowing that lighting accounts for 20-25% of the world’s electricity consumption, the replacement of current lamps with LEDs will result in significant energy savings across the globe (about 6-8% of the total electricity bill).

However, massive adoption of GaN products will only be possible if ­their production cost is significantly reduced and this is exactly what GaN-on-Si is about.

GaN-on-Si, towards a technological revolution

GaN-based components are manufactured from a wafer consisting of a thin layer of GaN (a few micrometers thick) deposited on a thick substrate (several hundred micrometers thick). The choice of the substrate is essential because it will affect the manufacturing process of the component as well as the cost of production. Sapphire is the substrate mostly used to manufacture GaN-based LEDs. LEDs grown on sapphire have reached an extremely high level of performance. However, sapphire substrates also present some limitations in terms of size, price, thermal conductivity, and manufacturability.

By replacing sapphire with silicon, the fabrication of GaN-based components becomes compatible with the existing production lines of the microelectronics industry. As a result, significantly reducing the cost of manufacturing.

Therefore, the transition to GaN-on-Si will accelerate the adoption of GaN. But today GaN-on-Si plays a minor role in the GaN market because growing GaN is more difficult on Si than on sapphire. Technological problems are identified and solutions exist, but they have to be implemented in industrial production environments. This is precisely what is taking place around the world, with the creation of numerous start-ups and the announcement of major investments to develop GaN-on-Si-based components.

By promoting the adoption of GaN components and the related energy saving systems, GaN-on-Si is expected to deeply impact tomorrow’s economy and life.

France intends to play an important role in the deployment of GaN-on-Si. Several start-ups have been created and companies in the semiconductor sector have invested in this technology. There is still a long way to go before celebrating any French success in this domain, but we can already underline the strong impact of the French academic research on the development of GaN-on-Si.

The CRHEA, a CNRS laboratory, instantly realised the interest of GaN-on-Si, was a pioneer, and quickly became one of the leaders on the subject. In collaboration with academic and industrial partners notably IEMN and Thales TRT, high performance devices have been produced demonstrating the relevance of GaN-on-Si.

From the beginning of the 2000s, the know-how and a related patent developed at CRHEA were licensed to a French SME (Picogiga) who then produced GaN layers for radiofrequency applications.

In 2003, Picogiga joined the SOITEC group. In 2008, a consortium of French industries (STMicroelectronics, OMMIC, Picogiga/SOITEC) and academics (CRHEA, Greman) decided to assess GaN-on-Si for applications in the field of power electronics for the manufacture of more efficient energy converters. Based on this experience, on the CRHEA patent and with the CEA-LETI support, the Exagan startup was created in 2014 to produce and commercialized GaN-on-Si based power converters. Another output of these technological developments was achieved recently with OMMIC announcing the launch of a production line for GaN-on-Si radiofrequency circuits for next 5G antennas.

Recently, also based on the know-how developed by CRHEA, the EasyGaN start-up was born, with the objective of providing an original and proprietary solution (an advanced silicon pseudo-substrate) that makes easier to grow GaN-on-Si, in fact as easy as growing GaN on GaN. This technological brick should definitely accelerate the adoption of this GaN-on-Si technology.

In addition, CEA-INAC and CEA-LETI have transferred their know-how in the field of nanowire LEDs to the Aledia start-up created in 2011. Aledia develops an original LED technology based on GaN-on-Si nanowires for applications in the lighting and display markets.

Thanks to insightful and pertinent academic research and to the existence of a semiconductor ecosystem, a diversified industrial activity around GaN-on-silicon is born in France. This promising start has also benefited from the support of the “Plan d’Investissement d’Avenir” with the creation of the GANEX labex. This network of excellence has since 2012 strengthened the positioning of French academic actors in terms of knowledge and visibility while bringing it closer to the industrial world.

Please note: this is a contributor profile

Director of Research at the CNRS