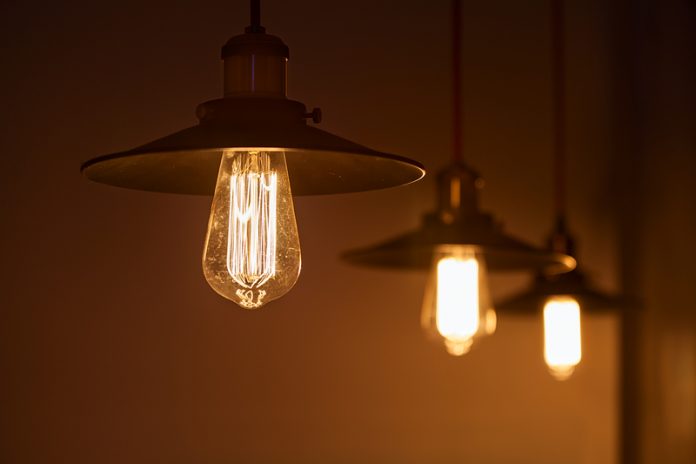 Dr. Y. C. Francis Thio and Dr. F. Douglas Witherspoon turn the spotlight on how lower-cost pathways to fusion energy can be attractive to investors

In the first article in this series on fusion energy, Dr. Scott Hsu of Los Alamos National Laboratory explained why low-cost pathways to economical fusion power are needed to accelerate its development (1). Conventional wisdom has it that fusion energy development necessarily involves tens of billions of dollars and thirty years or longer, and thus must be the domain of government-sponsored “big science.”

While that belief is valid within the framework of conventional magnetic confinement fusion (MCF) and laser-driven inertial confinement fusion (ICF), we argue in this article that the conventional wisdom is not necessarily valid due to the emergence of an entirely new class of fusion approaches called magneto-inertial fusion (MIF) (2,3), which could reduce the R&D cost by one to two orders of magnitude (3) and the timeline to perhaps twenty years or less.

The reduced cost of modern fusion approaches, the vast knowledge and technological base for fusion energy science, and the extraordinary potential market size of fusion power taken together make the risk and the potential returns on investment arguably commensurate for private development of fusion (e.g., the pharmaceutical industry, involving private development of new drugs, has similar costs, market potential, and time scales.)

The world is moving rapidly towards energy sources that are free from carbon emission. In principle, fusion can be a very attractive source of carbon-free energy because its fuel cost is near zero. A one-gigawatt fusion power plant uses annually only 200 lbs of deuterium (an isotope of hydrogen that occurs naturally in seawater) and 600 lbs of lithium.

Compared to renewables such as wind and solar, fusion can provide relatively compact, gigawatt-class, baseload power, and does not require expensive energy storage and complex load-balancing techniques. Compared with nuclear fission, fusion energy has reduced weapons-proliferation risk, produces manageable short-lived radioactivity, and is passively safe, i.e., in the case of equipment failure due to human or natural causes, the fusion reactor simply quenches. Fusion, together with wind, solar, and other clean-energy technologies, will maximise the probability that the global demand for carbon-free energy will be met. 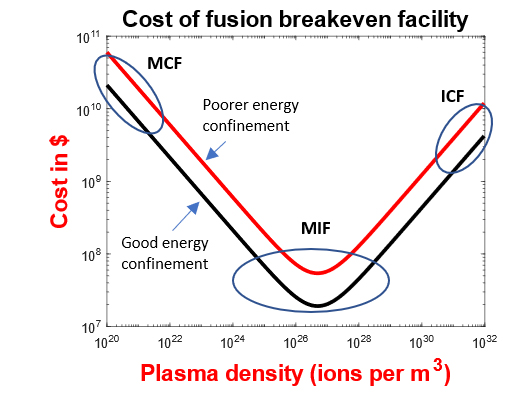 By 2040, the world demand for electrical power is estimated to surpass 4,500 GW. A mere 2% replacement of this power annually by fusion power plants plus the annual growth in global energy demand will create a market size for fusion power plants of nearly half of a trillion dollars annually for decades.

Since the time those fusion reactions were dramatically demonstrated in thermonuclear weapons, the developed countries of the world have engaged themselves in developing controlled fusion energy. Over the last 60 years, this research has developed a broad and deep knowledge base of plasma science, as well as the engineering capabilities for generating, heating, compressing, confining and manipulating plasma, powerful computational tools and diagnostic techniques. Building on these achievements, vectored and rapid progress towards developing an economical fusion approach suitable for commercialisation can be made. The technical challenges of fusion development are formidable and require creative innovations and patient funding to overcome them. These attributes can be met by privately funded enterprises.

It became clear by the mid-1990s that creating a burning plasma with either of these two extreme fusion approaches is prohibitively expensive, for reasons rooted in the fundamental principles of plasma physics and engineering. On the one hand, when the plasma density is low, the plasma volume needs to be large in order to keep the loss of thermal energy through its boundaries sufficiently low to create a burning plasma, leading to the use of large volumes of expensive magnetic fields to confine the plasma, as well as costly hardware to heat the plasma. On the other hand, when the plasma density is very high, the heat loss from the plasma is very rapid, and a very high implosion velocity is required, thus demanding nanosecond-scale drivers of very high-power density which again is extremely expensive.

It gradually became clear that the potential lowest-cost pathway for practical fusion energy based on thermonuclear fusion reactions is to combine the best features of MCF and ICF in a new class of fusion approaches called MIF, by exploiting the intermediate-density regime (1024 to 1029 ions per m3); see figure showing the cost of a fusion breakeven facility versus the burning plasma density (3) and for two different qualities of thermal insulation (energy confinement) of the burning plasma configuration. Better energy confinement generally leads to lower cost of the reactor. MIF uses a heavy material shell (called a liner, which could be initially plasma, liquid, or solid) to compress a magnetised target plasma to achieve fusion conditions. It combines the effectiveness of magnetic thermal insulation of MCF with the pulsed, compressional heating of ICF. The heavy liner in MIF provides enhanced inertial containment of the burning plasma pressure more effectively than conventional ICF without such a heavy liner. MIF is indeed a super hybrid of MCF and ICF. Using a much higher-density plasma than MCF, MIF reduces the size of the fusing plasma from meter scale to centimetre scale. Furthermore, by using a magnetic field in its target plasma and a much-lower density than ICF, MIF can be implemented with low-cost, pulsed-power drivers (microsecond-to-millisecond timescales), potentially lowering the R&D cost and the reactor cost by up to two orders of magnitude compared to MCF and ICF.

Different target and liner formation schemes and their integration are possible, giving rise to a number of embodiments of MIF being currently pursued, presenting a number of opportunities for private investment. In future articles, we will report on a few of these opportunities and the private ventures already underway, and discuss the role of governments in facilitating and accelerating these privately funded fusion ventures.