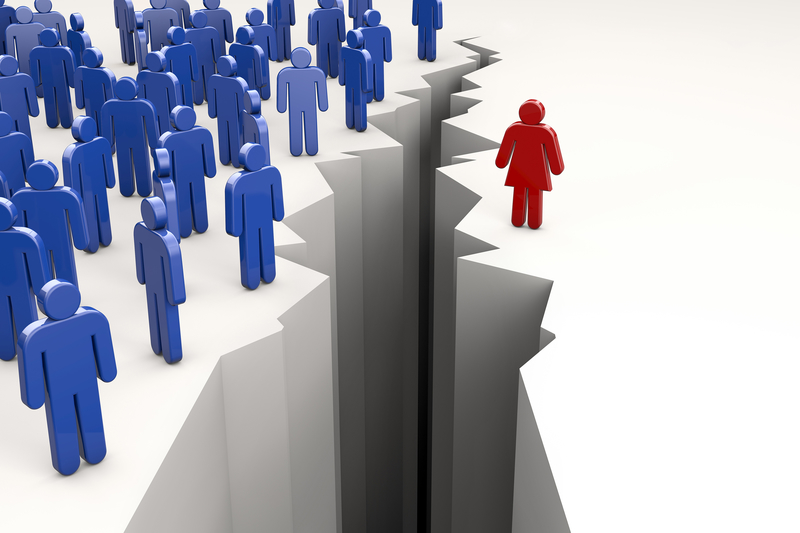 Despite some progress, women are still underrepresented in positions of academic leadership across the world. Colette Fagan, Professor, Deputy Dean and Vice Dean for Research at the University of Manchester asks why

The situation has improved since the 1970s but across the world women still occupy only a minority of academic leadership positions. This is particularly pronounced in in science, technology, engineering and mathematics (STEM) subjects.  For example, in 2015 just over one in 5 professors in the UK were women (22%), similar to the EU28 (21%) average and a little behind the USA (28%).

The representation is even lower in STEM subjects, for example in the UK women account for 28% of professors in humanities subjects and only 19% in science subjects. The focus of many policy initiatives on inspiring and supporting girls and young women to study STEM subjects is an important but insufficient intervention. There is a risk that the problem is seen to be ‘women’ – that it is women who need to change and adapt – rather than challenging and reforming cultural and organisational structural barriers.

To paraphrase Sheryl Sandberg – alongside her call for women to ‘lean in’ we contend that organisations must ‘lean out’. Change requires ongoing commitment from university leadership teams and ensuring that this stated commitment is translated into action to review and reform those organisational procedures and processes, thus creating a level playing field for women to advance in their careers.

What organisational policies help or hinder women’s progress to be a STEM professor?

The personal experiences of women who have succeeded in becoming STEM professors, and the similarities and differences encountered in non-STEM subjects, has been given surprisingly little attention in research enquiries to date. But a deeper knowledge of the factors that have contributed to or impeded their success will create a better understanding of gender disparity in academic leadership.

How have initiatives such as the Athena SWAN scheme made a difference to improving gender awareness in universities?

Athena SWAN was introduced in 2005 and is a practical scheme run by the Equality Challenge Unit (ECU) to improve women academics’ STEM careers. Additional impetus to the success of this initiative was given in 2011 when the UK’s Chief Medical Officer, Dame Sally Davies, announced that the National Institute for Health Research (NIHR) would only shortlist medical schools for funding if a silver Athena SWAN award was held by the school. This also included funding for patient safety research centres.

Athena SWAN has had a positive impact on progress to improve women’s presence in STEM positions. The Charter was expanded in 2015 to include arts, humanities, social science, business and law departments, and the ECU has also introduced a new race equality charter. Yet we still have a long way to go to ensure that such initiatives produce fundamental organisational change and real diversity in the profile of the academic and research workforce in universities and in science and engineering industries.

Our research: women in science – the gender gap in academic leadership

We interviewed 30 women in senior professorial positions. This stage of our research concentrated on our own academic backyard: the University of Manchester, where the gender profile of women in leadership positions compares favourably with the average for other research-intensive universities in the UK. The results of this qualitative study will serve a dual purpose, informing the next steps of the ATHENA action plan at the University of Manchester and forging new insights into gender segregation in employment more broadly.

Many spoke of the difficulties of being one of only a few women among the academics in their department. This manifested itself in being visible as both ‘different’ and invisible in the sense that their contribution was sometimes undervalued or ignored. When attending meetings and events where they were one of very few women, many felt a pressure to be twice as good as their male counterparts in order to be noticed in a positive way and to be able to advance.

While women were better represented in many of the humanities and social science disciplines, there were many points of similarity in their experiences and those of their scientific counterparts. Certainly economics and philosophy remain very male-dominated fields.

Strong barriers to dismantle include gender stereotypes and assumptions of what it means to be a good leader, academic or scientist.

Combining a demanding career with raising a family has always been easier for men – usually because they have a wife or partner who does the bulk of the childcare and housework. In our research, we found that some professorial women had thought long and hard about whether to have children. Those who did and succeeded in making it up the academic career had only managed to do so because they had a husband who did more than other men at home, or they had arranged other additional support to enable them to work the long hours often required in their profession.

Academia is highly competitive and progression is ostensibly merit-based. However, some promotion criteria may be biased against women. Research volume and income, more than a contribution to teaching and mentoring, is often the dominant metric of promotional criteria – and the way that professional networks and peer reputation impact on citation rates is another arena which may impact negatively on women’s career progression. While academic promotion metrics are supposedly gender neutral, many perceived them to be skewed to reward a narrow and rigid career pathway which favours men on average.

The professors we spoke to have strikingly similar stories to tell about their climb up the career ladder. They considered long-term support networks, mentors and, at Manchester University at least, courses in leadership to be particularly key to their success. They reported how men in their departments seemed to consider the rules of the promotional game to be obvious, to have a wider pool of influential networks and mentors, to be less encumbered by childcare responsibilities and to obtain promotion more quickly.

Obstacles to their advancement included deeply rooted issues of unconscious bias and gendered expectations about men and women – and the way these issues fed into the organisational culture and promotional framework and often favoured men.

These results bring to light the importance of long-term support networks for women, in the workplace as well as at home, in the shape of supportive and well-matched mentors and line managers who were committed to removing gender bias in the workplace.

Gender parity in STEM is some way off yet, but the problem isn’t restricted to the sciences. Our research with women who have successfully become professors underscores that in order to make meaningful progress, fundamental changes must occur in the organisational procedures and culture of academia – and Athena SWAN must be seen as more than a box-ticking exercise.

Initiatives to promote gender equality must be monitored, evaluated and adjusted accordingly. Yet perhaps most importantly of all, men, as well as women, should be involved in these endeavours since fair and open merit-based career opportunities, combined with better opportunities to combine professional life with caring for children and elder relatives, will benefit everyone who wants to pursue an academic career.

The University of Manchester