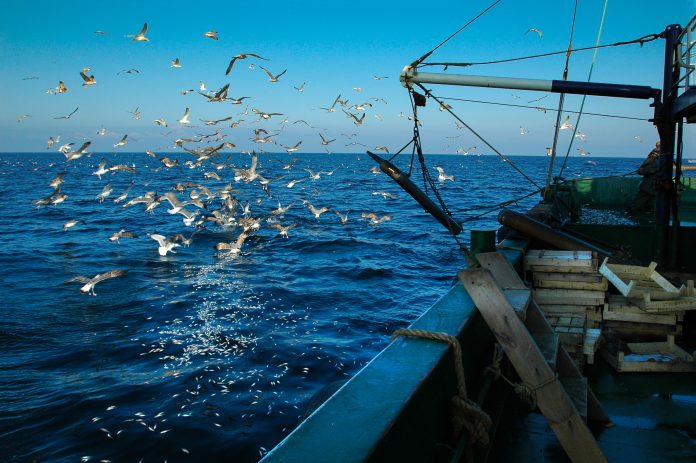 Rebecca Hubbard, Programme Director of the Our Fish campaign, reveals precisely how EU decisions affect fish, the ocean and life on earth

Europe’s seas are home to some of the world’s most productive fisheries, and the European Union (EU) is the world’s largest trader of seafood products. (1) What we do with fish matters; as well as providing food and jobs for the fishing industry – fish keep our marine ecosystems functioning. Fish and marine life are the engines of our global ocean, the ocean that supplies us with every second breath drives our climate and has absorbed 90% of the excess heat produced from accelerated climate change. You could say the ocean is the heart and lungs of the planet. So with fish populations coming under severe pressure from both climate change and overfishing, the question arises – by ending one problem, can the other be alleviated? And can we do it fast enough to make a difference?

The EU has long acknowledged its overfishing problem and member governments have committed to putting an end to it. Yet fish populations continue to be fished far beyond what scientists advise – and at the last count, some 1.7 million tonnes of ‘unwanted’ fish were being discarded at sea dead or dying every year – wasted.

This is clearly absurd. Back in 2013, hundreds of thousands of people around Europe thought so too and demanded an end to overfishing and discarding. Following pressure from civil society, industry and politicians, EU governments agreed to reform the Common Fisheries Policy (CFP) to end overfishing by 2015, or by 2020 at the latest.

A great deal of backslapping followed as ministers congratulated themselves on a job well done. But with commitment, action is required; 2015 is long past – and with 2020 fast approaching, EU Member States continue overfishing, treating our seas as a resource to be mined, rather than an ecosystem that supports life on our planet and a collectively-owned public good for the benefit of all citizens, now and in the future.

As a result, many EU fish populations are being fished beyond what scientists advise is sustainable. In April 2019, a report of the EU’s own scientific experts(2) found that 41% of assessed populations in the Northeast Atlantic were still subject to overfishing in 2017 and 37% of stocks were still outside safe biological limits. In the Mediterranean, around 90% of fish populations are overfished.

At last December’s AGRIFISH Council in Brussels, an annual gathering where EU fishing quotas are horse-traded during closed-door, all-night sessions, fisheries ministers agreed to quotas a whopping 300,000 tonnes above scientific advice for the North-East Atlantic in 2019 – increasing overfishing by 10% on the previous year.

Good, publicly-funded scientific advice is placed on ministers’ desks, but when it comes to the crunch, long-term social, financial and ecological thinking is cast aside in favour of short term profit or political deals. The situation often worsens the following year, when scientists advise even bigger cuts to quotas – because previous decisions have worsened the health of the fish populations – creating a negative feedback loop that spirals downwards.

To make matters worse, discarding of unwanted fish at sea has not stopped; the massive waste of fish through bycatch continues and improvements in fishing selectivity and catch documentation anticipated by the reformed CFP has not eventuated. Many believe this is largely because there is virtually no policing of fishing vessels at sea and without monitoring and enforcement, the rules are simply being ignored. With stories of widespread illegal and unreported catches emerging, Our Fish has launched Fishyleaks.eu, to provide a secure and anonymous website for reporting infringements.

Does it have to be this way? Of course not. Will it take a long time to change? No. During two EU Council meetings of two days each and one week of negotiations with Norway, the EU sets its annual fishing limits. Member States can end overfishing by 2020 (as law demands), by simply following scientific advice. And they can enforce the ban on discards by introducing Remote Electronic Monitoring on fishing vessels (CCTV in working areas) to verify that what they are catching and reporting, reflects the fish that are being brought ashore.

Is overfishing the only threat to the ocean? Certainly not. But besides the rapidly worsening impacts of climate change, it is still considered the greatest. Can removing one help the other? A new paper from scientists at the University of British Columbia, released on 2nd September and commissioned by Our Fish, finds that one of the clearest pathways to building ocean resilience in the face of climate change is to end overfishing.

The paper finds that overfishing severely weakens the health of the ocean. So when climate change hits, the ability of the ocean (and its wildlife and fish populations) to withstand that extra impact, is severely undermined. But scientists have found that by removing the pressure of overfishing, fish species have a drastically increased chance of survival. Combined with the fact that fish help sink carbon in the ocean and reducing extra boats will achieve a more profitable and sustainable carrying capacity, it means ending overfishing will also capture more carbon and reduce emissions.(3)

It’s time to sink or swim. The EU and a number of Member States have begun to acknowledge the state of the climate crisis. They are debating a target of net-zero emissions by 2050 and talking about new Green Deals which will prioritise action that pulls back the runaway climate change train and saves nature for our children.

But if the EU is going to do this, it needs to put the ocean at the heart of any climate action plan – because the ocean is the heart and lungs of the planet. And we are going to need many tools and strategies, including those that can be practically delivered immediately. Not only does ending overfishing rebuild marine life and deliver on EU fisheries law, but it is also instrumental in bolstering ocean resilience in the face of dangerous climate change. Ending overfishing is emergency climate action and it’s time the EU slams on the brakes.

2 Scientific, Technical and Economic Committee for Fisheries (STECF), 2019. Monitoring the performance of the Common Fisheries Policy. 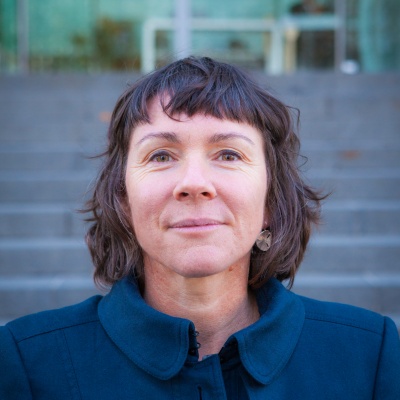