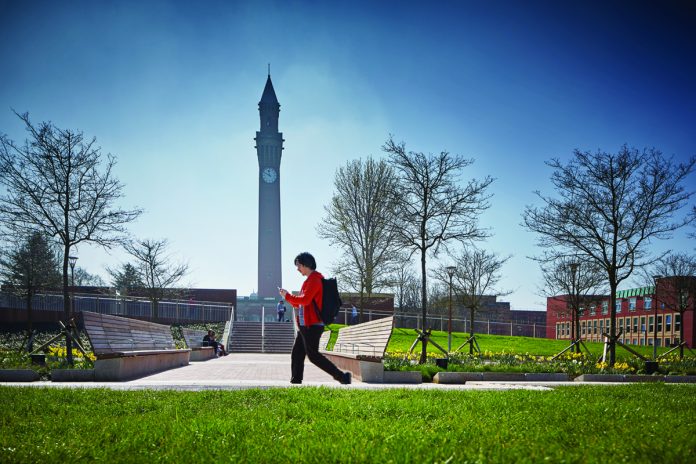 Dr Louise Reardon, Lecturer in Governance and Public Policy at the Institute of Local Government Studies, University of Birmingham, explains how wellbeing is vital to rebuild trust in government

Early in spring 2020, we caught up with Dr Louise Reardon to ask how the public sector can deepen its engagement with service users, get greater return on investment and achieve better results at a time of unprecedented polarisation and mistrust.

“I think there are two things we need to do,” Dr Reardon explains. “We need to build trust and we need to deal with service users and communities holistically.

The comedian Dara O Briain tells a joke about data in public policy — really — in which he says that just because people have a fear of zombies, doesn’t mean the government needs to have a policy to deal with zombies, because obviously zombies don’t exist. It’s a great joke. But what if, to take a hypothetical example, so many people were frightened of zombies, that it was distorting how they interacted with public services? Should the government have a policy on the fear of zombies then?”

At little trepidatious, we ask if millions of Britons really do have a zombie phobia that prevents them from accessing vital services. Dr Reardon laughs. “No – but in a recent poll for The Guardian newspaper, 69% of Britons did say that they were pessimistic about Britain, its future and its social cohesion[1]. And that kind of mistrust and disengagement does have real consequences. Just think, for instance, of the current coronavirus outbreak. If people don’t have confidence in public services, they may not quarantine themselves as they should or seek treatment when they ought to. As public-sector professionals, we need to find out what is causing this fear and division. And it’s not instantly obvious that it’s material factors. Unemployment is at a 44-year low[2]. Wage growth is the highest it’s been since 2008[3]. House prices are rising again, even in areas which have experienced slow growth in the past[4].”

Finding out what factors cause people to perceive or suffer good or bad outcomes — whether those factors are material, social or internal to the people in question — is the goal of the wellbeing approach to public-services. Contrary to what people often think, Dr Reardon goes on to explain, the wellbeing approach — far from being about simply making people happy — is a data-informed strategy that gives its practitioners the tools required to identify how they can improve public-service provision in a way that has a real impact on outcomes. If we want to overcome the polarisation and mistrust that marks so many civic forums, wellbeing has never been more relevant.

Everything starts with service users

We ask Dr Reardon to explain the origins of the wellbeing approach. “The move to a more data-driven approach to public-services actually began in the 1970s”, she explains. “Statisticians began to look at the data for the whole of the post-war period to try and understand in detail the impact of the welfare state on people’s lives. The focus on the discrepancy between material indicators such as GDP and people’s life satisfaction came much later, starting in the late twentieth century and the early years of the new millennium.”

The impetus for the development of the wellbeing approach came from what citizens and service-users were telling policymakers, both directly and through the data that public agencies were increasingly collecting, about their lives. And that’s what makes the wellbeing approach when it’s done properly, so powerful. It starts with quantitative and qualitative data about citizens’ lives and then builds the solution from the ground up.”

A model that resonates with service-users’ aspirations and priorities

How do you deal with a lack of trust and the spread of misinformation, if the former makes it almost impossible to correct the latter? And how do you address causes of material disadvantage if engagement with service users is skewed by issues of mistrust and misinformation?

These problems may be worse now, but they are instantly recognisable to any public servant who has ever tried to change service provision or implement reforms in any community. To tackle these issues, we need to engage with individuals and communities holistically, addressing both material and discontent, and co-producing interventions with them.

To achieve this, Dr Reardon tells us, we need to be able to quantify the issues, map them, work out where and how they intersect and then develop effective, data-based strategies to deal with them. This is precisely where the wellbeing approach is of the most use.

“By engaging with people as full and rounded individuals, the wellbeing approach to public-service provision offers us a way out of our current difficulties; a way of re-engaging with citizens across our communities and making a meaningful difference to their lives. Only by doing this can public services work with communities to rebuild trust and social capital in a way that bridges, divides and makes progress possible.”

Dr Louise Reardon is a lecturer in Governance and Public Policy at the University of Birmingham’s Institute of Local Government Studies. She is also a module leader for the Online Master of Public Administration, a qualification specifically designed for ambitious public-sector professionals who want to equip themselves with next-generation governance and public administration skills.

Find out how the Online Master of Public Administration can help your career.