Martin Sharp, Professor at Department of Earth and Atmospheric Sciences, University of Alberta, explains ways to characterise how ice caps and glaciers change

There are several ways to characterise how ice caps and glaciers change. Early work emphasised changes in glacier length derived from repeat measurements of the position of a glacier’s terminus at a specific time of year (such as the end of the summer melt season). Note that numerous distinct glaciers may drain, in different directions, from a single ice cap and that these may not all change over time in the same way.

Records of year-to-year changes in the annual maximum extent of a given glacier allow the identification of periods of advance, when the glacier terminus moves down-valley over time because the transport of ice to the terminus by flow exceeds the loss of ice there by melting and periods of retreat, when it moves up-valley because ice is removed more rapidly by melting than it is transported towards the terminus by glacier flow. Periods of glacier advance are generally regarded as an indicator of a glacier in good health, while periods of retreat indicate poor health. 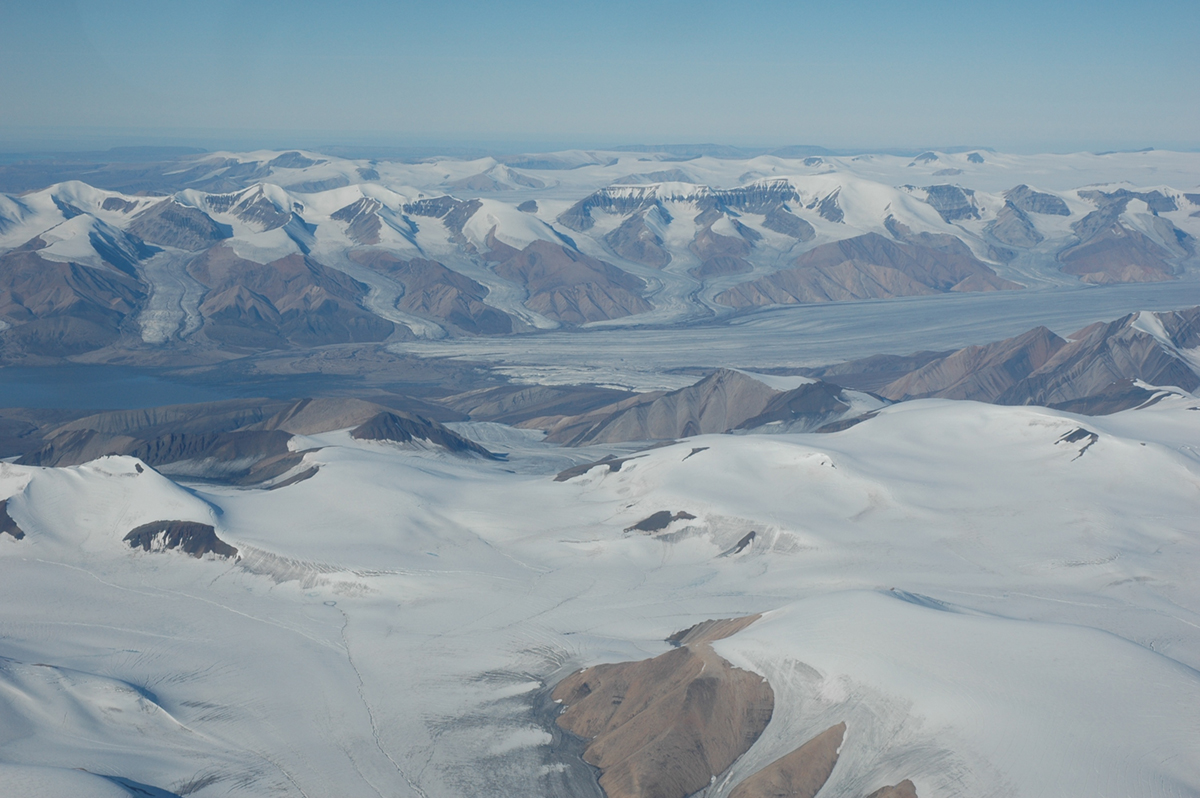 Past periods of glacier advance and retreat can be identified by comparing positions of the glacier terminus in historical landscape paintings, terrestrial or aerial photographs, or satellite images that date from different points in time. The limits of past glacier advances are often marked by “end moraines” – ridges of sediment deposited or pushed up by the glacier during those advances. The timing of the advances can be determined from documentary or graphical sources, or by direct dating of either the moraine surfaces, or of organic materials (such as plant remains, soils, peat layers, or tree stumps) that were overrun by the advancing glacier.

Knowledge of the timing and rate of glacier changes allows assessment of whether and how they may be linked to past climate changes.

As the Earth’s climate warms, we are increasingly concerned about how glacier change will affect the amount and timing of meltwater runoff passing through downstream rivers and lakes and about how glacial melting will impact global mean sea level. To address these two issues, we must quantify past and present changes in the mass of water being exported from glaciers. This requires that we know how the mass of glaciers is changing over time.

To calculate the mass loss from a given glacier over a specific time period, we need to determine how the glacier’s thickness and/or volume changed over that period. Historically, this was done in the field by measuring the annual “surface mass balance” of a glacier. This is the difference between the annual addition of mass to the glacier by snowfall during the winter “accumulation” season and the annual removal of mass from the glacier by melting of surface snow and ice during the summer “ablation” (or melt) season.

If the annual addition of mass by snowfall exceeds the annual removal by melting, the glacier will grow over time. If mass removal exceeds mass addition, however, it will shrink. Mass removal occurs mainly by surface melting and meltwater runoff to the ocean. The cumulation of the successive annual mass balances of a given glacier or ice cap over time provides an estimate of the overall changes in the glacier’s mass over that period.

Where a glacier terminates in the ocean or in a proglacial or ice-marginal lake, mass loss also occurs by melting of the glacier’s terminal ice cliff using heat derived from either the atmosphere (for ice above the sea/lake level) or the ocean/lake (for ice below the sea/lake level). Since glaciers are heated from below by geothermal heat, melting can also occur at the base of the glacier. Rates are typically low relative to surface melt rates, except when the glaciers are on active volcanoes (as are some in Iceland, for instance).

Iceberg calving removes ice from the terminal and marginal ice cliffs of glaciers. It is referred to as “dry calving” if the ice margin is on land and “wet calving” if the bergs are released into a lake or the ocean. For “tidewater” glaciers, which are in direct contact with the ocean, the rate of mass loss into the ocean is affected by variables like the water depth at the glacier terminus (which determines whether the terminus is grounded on bedrock or floating), the water temperature relative to that of the ice (which affects the energy available for melting where ice and water are in contact) and whether there is active meltwater outflow beneath floating sections of the glacier terminus.

This outflow might entrain warmer lake or ocean water as it rises through the water column and brings it into contact with the floating ice, thereby accelerating the melting of that ice. Whilst a cover of floating sea ice or lake ice on any water body in front of the glacier terminus may buttress the glacier’s flow and limit the rate at which it loses mass by iceberg calving, the break-up and/or melting of such ice may trigger glacier advance and iceberg calving. 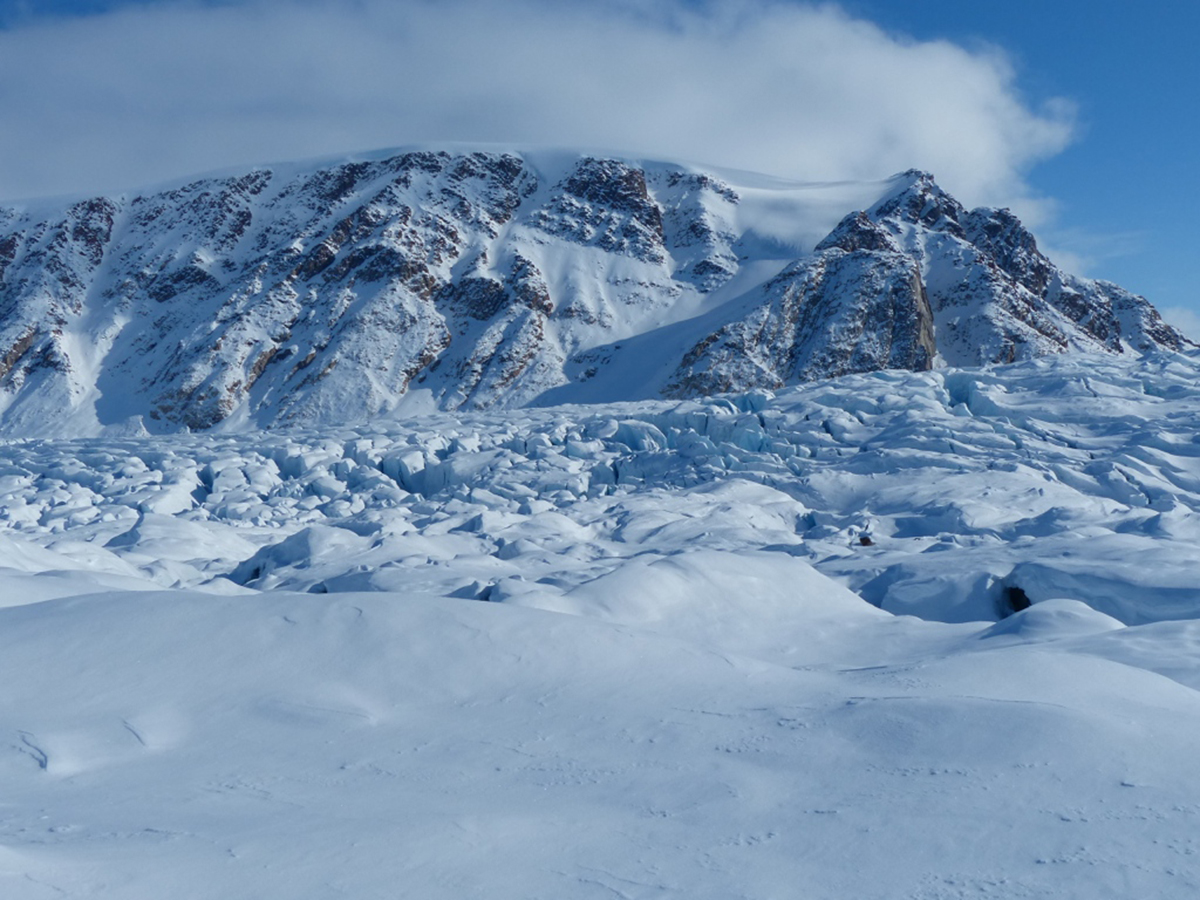 To study how glacier change affects global mean sea level or regional water resources, we must quantify changes in the mass of the entire population of glaciers and ice caps in the region of interest. To do this, we use airborne or satellite remote sensing methods such as laser or radar altimetry, or satellite gravimetry. With altimetry, repeat measurements of the surface elevations of glaciers in a specific region are used to estimate the change in regional ice volume over time.

Converting this volume change to an estimate of ice mass change involves multiplying the volume change by appropriate densities for the snow and/or ice that were added to, or removed from, the glaciers.

With gravimetry, we determine changes in the mass of ice in a specific region from measurements of the perturbations in Earth’s gravitational potential that are caused by the redistribution of mass that results from the melting of land ice and transfer of the resulting water to the ocean (or, if the mass of land ice is increasing over time, from the accumulation of snow on the ice cap or glacier).

With this method, we are effectively using repeat measurements of the weight of the glaciers and ice caps in a region to document changes in ice mass over time.