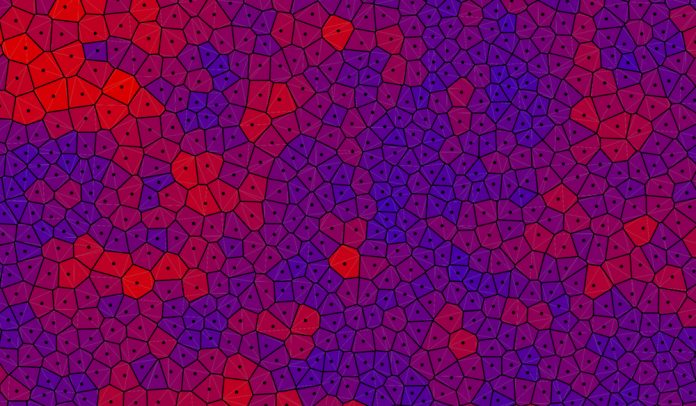 For a long time, cancer has been considered a strictly biological problem involving the birth, survival and proliferation of tumour cells through an abundant number of complex biochemical processes and pathways that may be triggered by genetic alterations. While this view is fundamentally correct, as confirmed by a large amount of scientific studies, in the last decade it has become increasingly clear that physics may have a relevant role in understanding some aspects of cancer. Multidisciplinary research teams made of biologists, physicists, chemists, engineers, etc. are more and more often involved in the quest for a cure to cancer. In this respect, physicists are typically trying to understand how far the available description of collections of inanimate entities, such as particles, can be used in explaining the more complex systems made of cells, living and motile objects ruled by a myriad of internal processes, powered by metabolic reactions and reacting to biochemical signalling.

A notable example of powerful analogy that can be transferred from physics to biology is the so called jamming transition, a transition from a fluid-like state into a solid-like state usually observed in systems of inert particles when the number of particles in a prescribed region of space becomes too large. Think for instance to the behaviour of a granular material such as corn or rice that flows like a liquid through a funnel until it cogs and becomes akin to a solid. Similar behaviour is also exhibited by non-granular inert materials such as foams and dense colloidal suspensions for large densities.

Epithelial tissues are made of a large number of cells in close contact. It has been recently understood that it is this crowding that convinces the otherwise very motile epithelial single cells to stop moving and building a tissue as we know it by conferring to its physiological properties. Unexpectedly, this crowding inhibition of cell locomotion bears many similarities with jamming1 and provides a simple mechanism to explain why proliferating cells that are very motile in isolation become arrested at large densities. Finding a physical basis that explains a dynamical arrest mechanism in dense cellular assemblies is an important result because it provides a purely physical mechanism that may help biochemical signalling in inhibiting cell motion in dense tissues.

Metastatic cells may escape from the jam

Cells in a tissue may however escape this configuration. A typical example of such an escape is the so called Epithelial-to-Mesenchymal transition (EMT), literally a change of identity of an epithelial cell that becomes mesenchymal i.e. it loses adhesion with the surrounding cells and it acquires a motile behaviour that makes possible for this cell to move at large distances from the original position. It has been proposed that the EMT is involved in the dissemination of cancer from the primary tumour through metastasis, a complex process that is responsible for the large majority of the deaths due to cancer. Once a tumour cell finds a mechanism to move inside interstitial tissues and reach the blood circulation system it can reach distant regions and colonise them by creating secondary tumours, a largely unwanted process. Unfortunately, tumours exhibit a degree of plasticity that allows them to adopt a variety of strategies to disseminate in a healthy organism far away from the primary tumours. Knowing and understanding the largest number of them might be of paramount importance in controlling cancer dissemination.

A different gateway to cellular motility in jammed tissues, is represented by the recently discovered Jamming-to-Unjamming (JUT) transition, a phenomenon by which motility has been restored either via the action of a mechanical force2 or by the activation of a protein (RAB5A) that plays a fundamental role in aggressive mammary tumours3. Surprisingly, the changes leading to cellular unjamming are mostly physical in that they involve, for instance, an increase of the adhesion between different cells and/or the activation of a ‘social’ alignment mechanism such as the one used by birds to fly in flocks. In this last case, we have observed [3] that cells tend to move in groups, in an organised way that resembles the strategies enacted by crowds to pass in narrow spaces. Unjamming is thus a mechanism that represents an alternative strategy that may be used by cells in pathological conditions as an alternative to other strategies, such as the EMT, in the same way as jamming may be used to ensure the proper development of barrier properties of mature epithelial tissues. It should be however noted that unjamming is also used during wound healing, where cells need to move quickly, in a liquid-like fashion to close the wound.

Relevance of jamming and unjamming to cancer

Our findings3 suggest that tumours do not emerge solely in response to genetic alterations but rely extensively on the physical contact and interaction with the surrounding environment. While genetic alterations do require some time to become operative, physical-based changes might be faster and thus more dangerous. Of course, laboratory experiments are only the first step toward understanding the role of jamming and unjamming in real tumours. In the near future, it will of paramount importance to check if this JUT transition is also found in more realistic laboratory systems that mimic in a closer fashion the complex three-dimensional nature of tumours and their surrounding environment.

Physics at the service of cancer biology

The results briefly described here are only one of the many problems obtained by cross-disciplinary teams in which the ideas and concepts of physics are borrowed to tackle intrinsically biological probes. Interestingly, terms such as forces, tractions, tensions, cell mechanics, elasticity, viscosity and many others that have been originated in a physics context are now becoming part of the current language of cell biologists. This trend may be somehow interpreted as a kind of acknowledgment of the increasing usefulness of a physics-based approach in understanding the complex and multifaceted essence of cancer.