Japan’s Science, Technology and Innovation Basic Plan is a five-year plan formulated on the basis of the Science and Technology Basic Law, enacted at the initiative of lawmakers in 1995. The Basic Law was substantially amended in 2020 for the first time in 25 years and renamed the Science, Technology and Innovation Basic Law. The 6th Basic Plan, which covers the period from the fiscal year 2021 to 2025, was the first plan formulated since the amendment. The amendment aimed to add “humanities and social sciences,” which had been excluded from the provisions of national policies on science and technology, and also to position “Innovation” as one of the pillars. The outline of the plan described below reflects this major change in perspective.

The ardour and work we put into the 6th Basic Plan was to show our creative policy blueprint that provides concrete measures and shows how we can bring diverse happiness and well-being to every single Japanese national and global citizen. Its main purpose is to cope with two challenges: how Japan’s national policy can contribute to global issues such as climate change, and how we can reform our domestic systems in response to the COVID-19 pandemic, which has brought an extraordinary new life to us. We should also contemplate that there is a move to explore a new world order, as can be seen in an increasingly tense confrontation between the U.S. and China.

The realisation of “Society 5.0”

In this context, what we should aim for is the realisation of “Society 5.0,” a “human-centered society that achieves both economic development and solutions to social issues through a system that highly integrates cyberspace and physical space,” which was originally introduced in the 5th Basic Plan. While strongly sympathising with the proposal of the SDGs to go beyond the negative legacy of the 20th century, we will reiterate Society 5.0 as a concept that represents Japan’s core values of “trust” and “sharing.”

Through connecting the value of “soft power,” such as a sense of coexistence with (human) society and nature, our citizenhood based on “trust,” social wisdom of three-way goodness (good for the seller, good for the buyer, and good for society), and sympathy of sharing, with highly reliable scientific research and technical capabilities and the existence of extremely high- quality social data, we will ask the world about Society 5.0 as a future image of Japan. By demonstrating the realisation of this concept, we aim to strengthen cooperation with countries, regions, international organisations, and other entities that can share this value, and to become the cornerstone of trust in the international community.

“In retrospect, science and technology was what we relied upon in the process of Japan’s recovery from the catastrophic destruction after World War II. Bearing this in mind, we hope to put forward a universal and global future vision: Society 5.0 in a world facing global crises, and to “occupy an honoured place in an international society” to quote the aspiration expressed in the Constitution of Japan.”

In the 6th Basic Plan, concrete policies concerning Society 5.0 were described under the following three pillars to realise this concept:

In particular, the second pillar, “advancing knowledge creation” means to encourage ground-breaking research to create new knowledge and technology; it should be motivated by spontaneous initiatives among researchers. To this end, we plan to establish a university endowment fund with a scale of 10 trillion yen during the period of the 6th Basic Plan and utilise its investment profits to build a research base for universities that carry out research and development at a level comparable to the leading universities in the world, and to promote the cultivation of young talent through the support of doctoral students and others.

In promoting the basic plan, we not only identify which minister or agency is responsible for specific policy targets and by what fiscal year those policy targets should be accomplished, but we have also adopted a new evaluation methodology for setting out quantitative indicators by which each policy agency can conduct post-evaluation of the achievement status. As for the future policy formulation, we will utilise the newly constructed evidence system (e-CSTI) to thoroughly facilitate the implementation of EBPM (Evidence-based Policy Making), based on objective evidence, and carry out policy planning.

In retrospect, science and technology was what we relied upon in the process of Japan’s recovery from the catastrophic destruction after World War II. Bearing this in mind, we hope to put forward a universal and global future vision: Society 5.0 in a world facing global crises, and to “occupy an honoured place in an international society” to quote the aspiration expressed in the Constitution of Japan. In other words, we believe that the power of science and technology has a hugely important role to play in international harmonisation through realising the higher well-being of all individuals, and Japan will continue making contributions toward overcoming global challenges with science, technology and innovation. 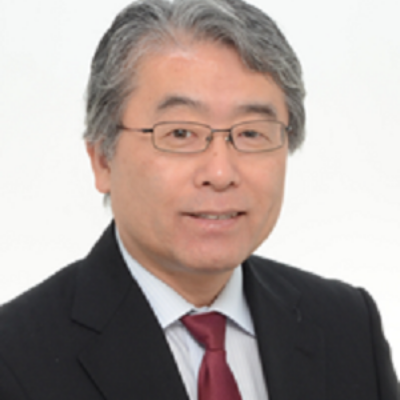