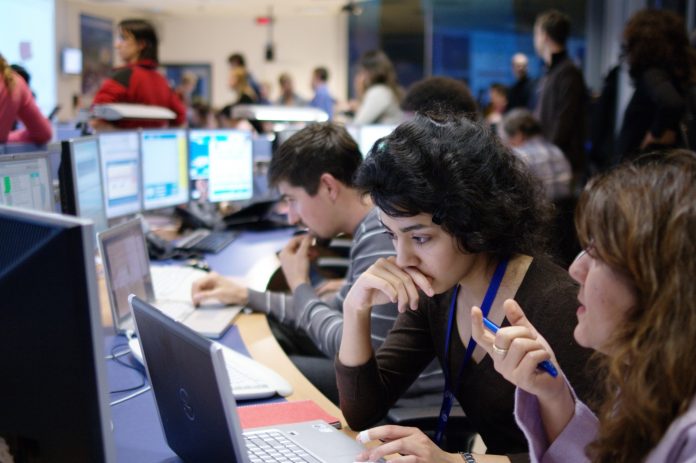 LGBT+ physicists face exclusionary behaviours that can lead to a change of field – with 15% of early career scientists identifying as LGBT+, what could this mean for the future?

LGBT+ physicists, including women and especially trans people, frequently face harassment and exclusion which makes them leave the profession. Physicists who are also from marginalised gender, racial, and ethnic groups faced more challenges than their LGBT+ peers.

Many physics departments have attempted to change this lack of equity, yet the two biggest factors that influence a person’s decision to leave physics are the overall atmosphere of the organization they belong to, and more specifically, experiences of exclusionary behaviour from peers.

Numerous former studies have analysed the challenges experienced by physicists with regards to gender and race, but this study expands on this knowledge, aiming to understand of the impact of these barriers through a survey of the experiences of 324 people in physics across the LGBT+ community.

Around 15% of early career scientists identify as LGBT+

Published in the journal Physical Review of Physics Education Research, the co-authors state that they have come from a wide range of institutions, backgrounds, identities, and career stages and want to better understand the experiences of the LGBT+ physicist community from their own perspectives.

To evaluate these experiences, the authors conducted a survey of LGBT+ physicists participants, who reported observing and experiencing exclusionary behaviour such as shunning, homophobia, and harassment at high rates.

Additionally, one-on-one follow-up interviews with five students who identified as being transgender, a person of colour (POC), or both to give voice to perspectives that often get lost in datasets with large statistical numbers was also conducted to gain a wider perspective of intersectionality in the answers the participants provided.

From this, the researchers found that gender had a big impact on a person’s perception of their environment – where about 15% of LGBT+ men reported an uncomfortable or very uncomfortable experience, around 25% of women and 40% of gender non-conforming people reported similar experiences.

Ramón Barthelemy, assistant professor of physics at the University of Utah and co-lead author of the study, said: “People feel shunned, excluded, and they were continually having to readjust and twist themselves to fit into the physics community. LGBT+ people are inherently a part of this field. If you want physics to be a place that anyone can participate, we have to talk about these issues.”

Tim Atherton, associate professor of physics at Tufts University and co-lead author of the study, added: “Nearly everybody I know who is LGBT+ in physics has left, to be honest. We’re talking dozens and dozens of students and faculty. I can empathize with the experiences of the study’s participants from some of my own experiences.”

Across the entire group, 20% experienced exclusionary behaviour and 40% observed it

Around half of all participants who identified as transgender experienced exclusionary behaviour directly too – a large amount compared with 19% of their cisgender peers.

Institutional barriers were often highlighted by transgender participants, highlighting discriminatory health insurance plans or policies that restricted their bathroom use, as well as many trans participants describing experiences of face-to-face harassment.

Atherton added: “We often talk about the gender issues in physics. When we started looking at the LGBT+ issues, it’s amazing how gender just naturally emerged. We almost can’t separate those issues. It’s striking.”

A participant’s level of “outness” – entailing how openly someone discloses their identity as part of the LGBT+ community – also influenced their experience.

Exclusionary behaviour was different for people of colour

One Black participant felt that her race impacted her education more than her sexuality, stating: “I think I grappled more with the race element than I do with the sexuality, because the deal is, that’s what they see first.”

Some of these respondents reported that they went on to workplaces outside of physics with a better climate.

Barthelemy said: “This study tells us support has to be available in the entire institution. LGBT+ individuals in all departments have to be continually coming out when we engage with the broader campus community and new people, since our LGBT identity is seldom assumed.

“By making our presence known, we can help encourage greater equity, diversity and inclusion throughout the institution.

“I feel our work builds on the generations before us. People like Frank Kameny, Alan Turing, Sally Ride—all of these amazing queer physicists, these icons, who made changes and really laid the groundwork for us to even exist in our field of study.”

The researchers aim to conduct further research into the environment model in physics departments, to understand how best to keep LGBT+ physicists in the field. They’ve also submitted a grant to extend the current study to a long-term project that follows LGBT+ physicists every five years.