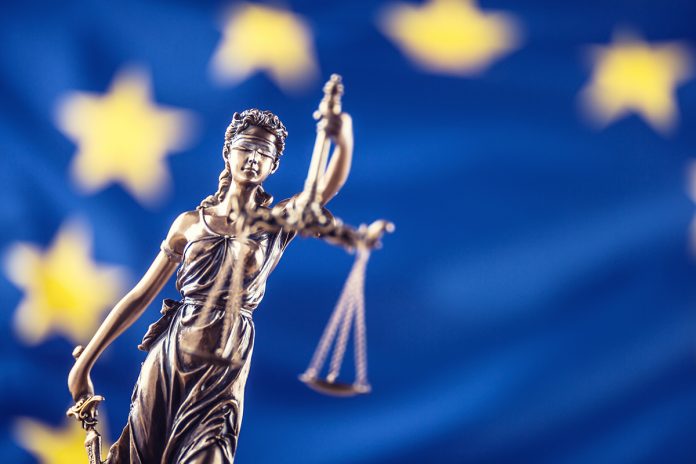 In the third in a series of five articles exploring European Union (EU) law, Dr Karen McAuliffe discusses the concept of linguistic precedent in judgments of the Court of Justice

This article is the third in a five-part series focusing on the ERC-funded project ‘Law and Language at the European Court of Justice’ (the LLECJ project) – read the previous articles here and here. Today, we focus on the LLECJ Project’s second sub-project: The development of ‘linguistic precedent’ in judgments of the Court of Justice of the European Union (CJEU).

Over the past 15-20 years, the development of a de facto precedent in European Union (EU) law has been the subject of significant academic debate, centring around questions of what it means for a supreme court to ‘make law’ and when it is possible to say that its decisions are ‘precedents’.

While there is no official doctrine of precedent in EU law, the CJEU does on occasion appear to regard its previous decisions as establishing a law that should be applied in later disputes: ‘tying down’ national courts without establishing a formal hierarchy in the strict sense. Commentators, such as Komerek, Dougan, Chalmers, and Dyrberg have extensively explored and critiqued that concept. In EU law, the development of de facto ‘precedent’ is inextricably linked to the procedure for references for a preliminary ruling under Article 267 TFEU.

In developing the principle that its decisions have binding force on all national courts, the CJEU has based much of its reasoning on the need to ensure the ‘uniform application of EU law. The question raised by commentators researching ‘precedent’ in EU law is thus: What exactly is meant by uniformity? It is generally agreed that ‘absolute sameness’ is unachievable in any legal system; and that more ‘precedents’ do not necessarily mean more uniformity. According to Dyrberg, however, “uniform application is…a sort of existential problem to which the [Union] legal order has to relate” – i.e. that a presumption of uniformity is necessary for the CJEU to claim authoritative status within the EU legal order – which aims at supremacy of EU law rather than uniformity itself.(1)

There is, however, one important aspect of the development of a de facto precedent in CJEU judgments which has been thus far overlooked in the literature: the linguistic aspect. Development of the theory of linguistic cultural compromises in the LLECJ Project’s first subproject raised questions relating to the process behind the production of CJEU judgments, opening the door for further analysis of the development of such de facto ‘precedent’, where, in theory, none should exist.

The research questions investigated in the LLECJ’s second sub-project included:

1. To what extent does language affect a de facto precedent in CJEU judgments?

2. What is the perception of ‘precedent’ in CJEU judgments at the national level?

To investigate those research questions, an interdisciplinary mixed-methods approach was taken. First, systematic literature reviews were carried out, focusing on theories of ‘precedent’ in common law and civil law jurisdictions; elements of legal precedent and of the concept of precedent outside of the legal arena; the role and form of de facto precedents in CJEU judgments. Those literature reviews informed the research design for in-depth interviews with various actors at the CJEU and national member state judges, as well as corpus linguistic analysis of judgments themselves.

Analysis of the various data collected has demonstrated that language does indeed play an important role in the development of a de facto precedent in CJEU judgments. Indeed, that data shows that the notion of ‘precedent’ in any court is the product not only of a conscious jurisprudential strategy but is also produced by the mechanics of jurisprudential drafting. While those two elements exist in any court, the multilingual nature of the judgments of the CJEU introduces another variable. CJEU judgments are collegiate documents, drafted in French (the working language of that Court) by jurists whose mother tongue is generally not that language.

The pleadings, observations and other documents which inform those judgments undergo many permutations of translation into and out of up to 24 different languages, and the ‘authentic’ versions of those judgments, as presented to the outside world, are for the most part translations(2).

Thus, to understand any type of de facto precedent in CJEU judgments, one must take account of elements such as: the approximation inherent in translation; how consistently formulaic techniques in the drafting language (which go to the development of ‘precedent’) can be carried over to translated versions; and how to ensure the uniform reception of CJEU judgments across 28 Member States.

More information about this data analysis and the LLECJ Project in general, including papers and other project outputs, can be found on the project website. This article series will continue in the next issue of Open Access Government, which will focus on the LLECJ Project’s third sub-project: the linguistic aspect of the role of Advocate General at the CJEU.

1.) Cf: Dyrberg, P (2001) ‘What Should the Court of Justice be Doing?” 26 European Law Review 291; Chalmers, D (2004) ‘The Dynamics of Judicial Authority and the Constitutional Treaty’ in Altneuland: The EU Constitution in a Contextual Perspective, Weiler and Eisgruber (eds), Jean Monnet Working Paper 5/04; Dougan, M (2004) National Remedies before the Court of Justice. Issues of Harmonisation and Differentiation, Hart, Oxford; Komarek, J (2008) ‘Judicial Lawmaking and Precedent in Supreme Courts: The European Court of Justice Compared to the US Supreme Court and the French Cour de Cassation’ 1 CYELS 399.