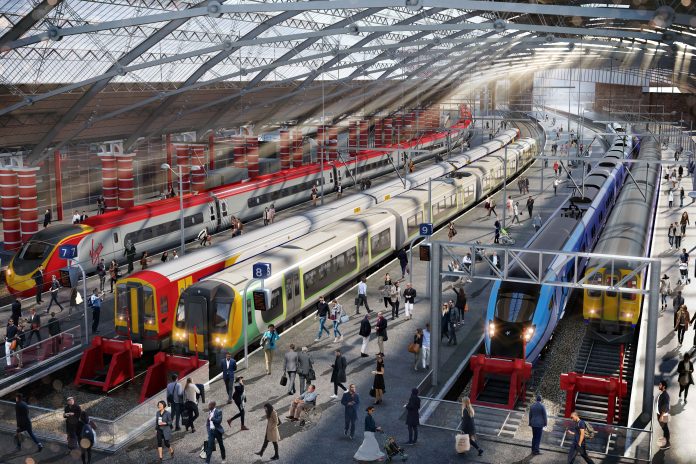 Liverpool Lime Street customers are benefiting from smart new toilets thanks to a £100,00 overhaul by Network Rail as part of the Great North Rail Project

This loo facelift is on top of the £340m programme of Liverpool City Region railway upgrades, including extensive improvements to Lime Street to accommodate a forecast doubling in customer volumes over the next 20 years.

The station is set to close for two months during the refurb which will begin 2 June until 29 July.

The refurbishment will include the opening of two newly-built platforms, improvements made to others, and upgrades to signalling.

Network Rail said passenger numbers at the station are expected to double during peak period by 2043.

The changes will increase the station’s capacity by making room for more frequent and longer trains, and more space for passengers.

An additional three services per hour will be able to call at the station, Merseytravel said.